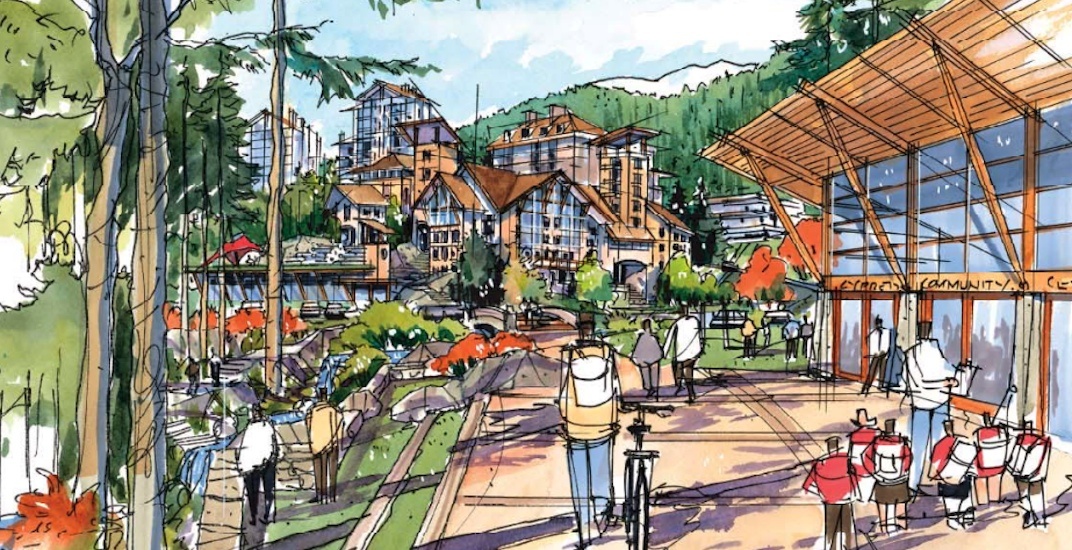 The ski and recreational facilities atop Cypress Mountain could be served by a resort-like ski village with residences, retail, restaurants, community amenities, and possibly a hotel on land owned by the British Pacific Properties (BPP) just down the road.

The proposed 240-acre site – below the 1200 ft contour limit for urban development – is located on the first bend of Cypress Bowl Road, above the Upper Levels Highway, and could potentially include an additional 90 acres from the District of West Vancouver’s operations and maintenance centre.

The Cypress Village area on the left at the first turn of Cypress Bowl Road; the Rodgers Creek area’s six parcels on the right. (District of West Vancouver)

A village area has long been proposed in the District’s master plan, as it would also serve the growing developments in the municipality’s Upper Lands, which will only become more urbanized with future residential development on forested slopes known as the Rodger’s Creek Area.

According to a District staff report to Council, the village could have between 1,800 and 3,800 residential units, depending on the selected level of density based on three outlined options.

A hotel with 90 rooms, which could serve skiers and snowboarders at Cypress Mountain and those engaged in other year-round outdoor recreational opportunities, and between 20,000 and 50,000 sq. ft. of community space is also envisioned. 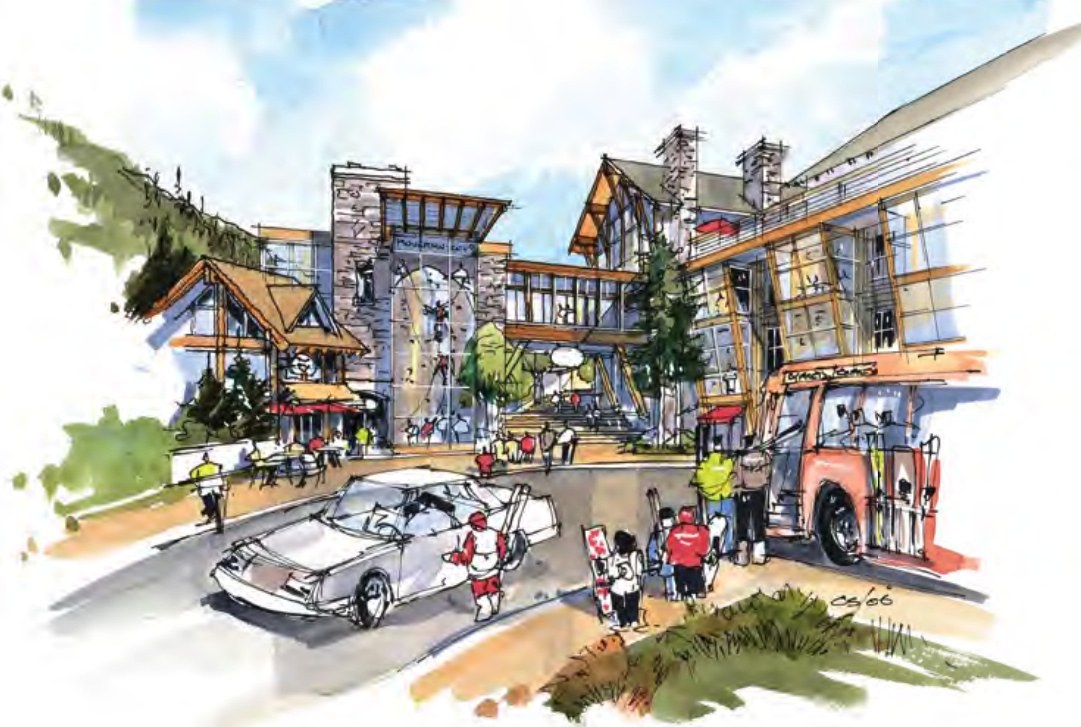 “If Cypress Village is to become a model of a sustainable community, a certain number of people must live there in order to both support the services needed on a daily basis to justify a frequent transit service,” reads the report. “Residents should be able to shop at a grocery store or a pharmacy, visit a bank, a doctor or dentist, get a haircut or frequent a local coffee shop or restaurant.”

Developments in the Upper Lands are clustered to increase the feasibility of serving these urban areas with frequent and high quality public transit.

“Also, dependable transportation would be critical. Of the utmost importance would be frequent or rapid transit easily accessible to the majority of residents and workers,” the report continues. :Connection to other neighbourhoods by trails would be important so that there would be a larger population for businesses to draw upon and to provide those nearby neighbourhoods with local services.”

Currently, the District is looking for consultants to run a process to determine whether density from other undeveloped areas of the BPP can be transferred to the Cypress Village area to reduce the ecological impact of the continued development on the Upper Lands.

This could potentially result in recommendations for the village to be denser than what is permitted in the existing community plan.