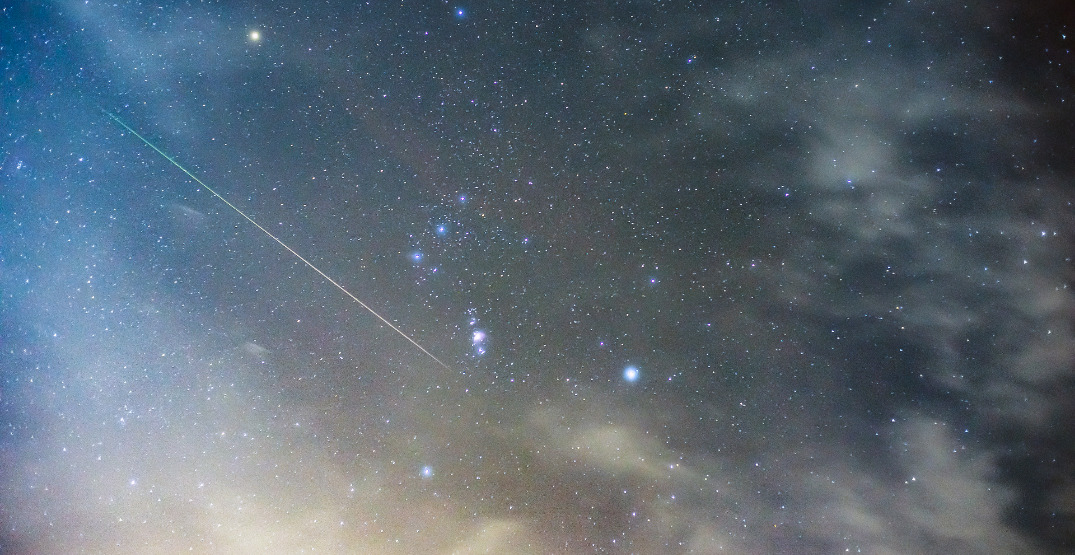 The Orionids Meteor Shower is expected to peak later this week, but will the unpredictable Vancouver weather allow Vancouverites to witness the dazzling display?

As of Monday morning, the forecast for Wednesday, October 20, when the Orionids Meteor Shower is expected to peak, is not promising. You might have a better chance of spotting Jennifer Lopez filming in Vancouver.

The current forecast suggests it will be mostly cloudy with a high chance of precipitation.

But, with the local forecast sometimes being unpredictable, there’s still a chance.

Outside of the grim weather forecast, a full moon is also likely to wash out the view of the meteor shower.

There are some breaks in the cloud cover expected on Tuesday evening. 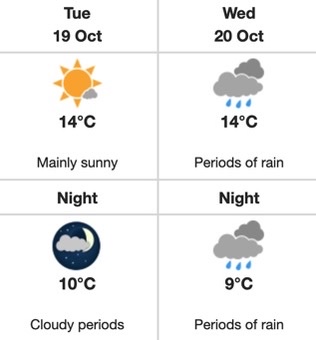 According to EarthSky.org, the Orionids are not the strongest shower of the year and are not known for producing very rich displays.

They also say that the meteors in the Orionid shower are actually debris left behind by Comet Halley.

Orionid meteors are extremely fast, plummeting into the Earth’s atmosphere at about 66 kilometres per second.

A location away from city lights is ideal, as the meteors will be fighting with the full moon to wash out your view.