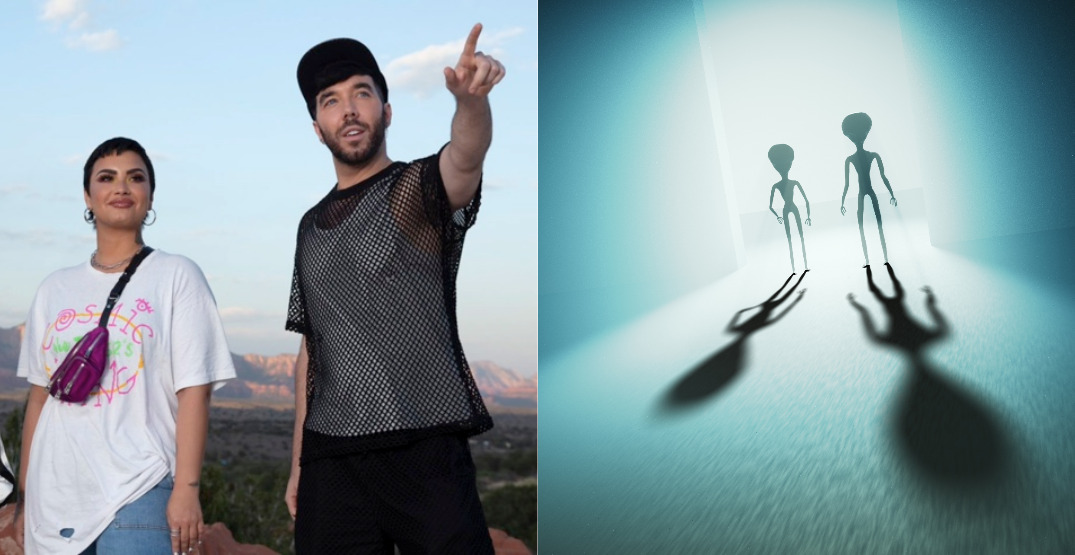 Demi Lovato is taking an interesting stance surrounding what most people have come to know as aliens.

Lovato believes that the term “aliens” is derogatory and that we should instead be referring to beings from outer space as extraterrestrials.

The singer, songwriter, and actor made their views known in an interview with entertainment news publication Pedestrian.

Lovato has a new docuseries out called Unidentified with Demi Lovato, which focuses on uncovering the truth about UFO phenomena. The series co-stars their best friend, Matthew Montgomery, and their sister, Dallas Lovato.

I’m hitting the road to investigate the unexplained and you’re invited to come along for the ride! Trust me, you won’t want to miss this. #Unidentified is streaming September 30 on @PeacockTV! 💫👽 pic.twitter.com/C5MqTvd2d7

In the interview with Pedestrian, Lovato suggests we stop using the term “aliens” to talk about ETs.

“I think that we have to stop calling them aliens because aliens is a derogatory term for anything. That’s why I like to call them ETs! So yeah, that’s a little tidbit. A little information that I learned,” Lovato told Pedestrian.

While there haven’t been any reported ETs that have complained about being labelled aliens, it might not be the worst idea to label them in a more polite way, before any impending extraterrestrial invasions do occur.

Unidentified is a four-part series that is an NBC Peacock exclusive, but can be watched in Canada through Corus entertainment services.