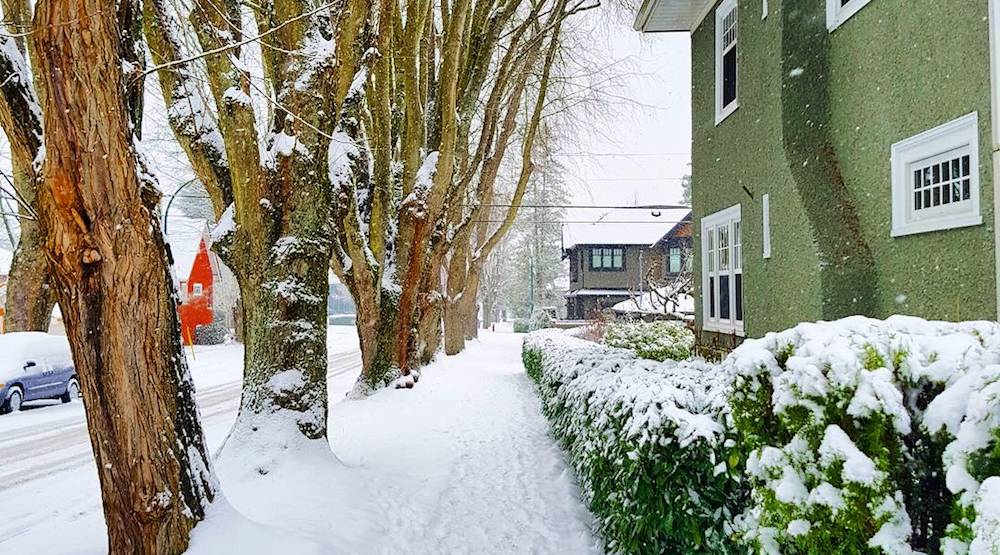 With salt and ice melt shortages at most stores, the City of Vancouver will be making snow and ice-melting salt available free-of-charge at a number of fire stations across the city beginning Wednesday morning.

The municipal government says salt can be found at 10 fire stations from 9 am to 8 pm on Wednesday, January 4 to help residents in the city clear ice from sidewalks and driveways.

Residents are advised to bring their own bucket and shovel to the fire stations and take a maximum of two buckets.

Property owners and landlords are responsible for clearing snow from the sidewalks that surround their property by 10 am on the morning after the snowfall. Nearly 3,800 properties have been inspected and 1,700 first warning notices have been issued. The City says it has a compliance rate of 90% from businesses, 85% from apartments, and 85% from single-family homes.

Please note that the usage of salt as an ice-melting mechanism only works when temperatures are above -5°C.

To date, the City has used approximately 7,000 tonnes of salt during this winter season – more than triple the amount used over the last two winter periods and about seven times more than the average seasonal usage.

It announced today that is redeploying 150 construction crews to assist with the expanded efforts to clear snow and ice from residential side streets.

About $2.5 million has already been spent on ice and snow mitigation efforts, and this is expected to climb with the forecast calling for an extended period of cold weather and more snow this weekend.