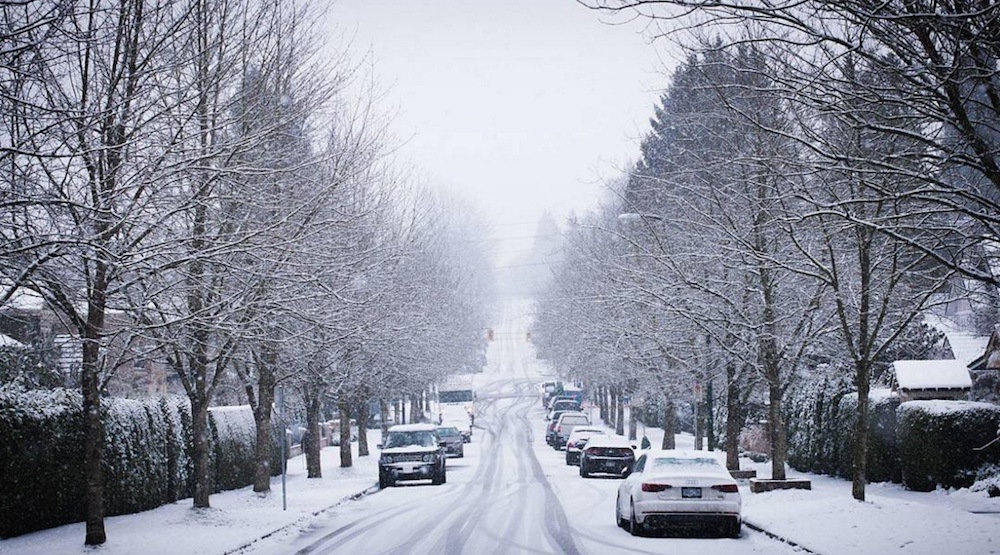 Get ready for more snow this weekend.

According to Environment Canada, Metro Vancouver will see snowfall and flurries beginning later in the week.

“It’s a little too far away right now to give a good indication as to how big of an event we are dealing with yet,” Environment Canada meteorologist Armel Castellan told Daily Hive.

“What I can get a sense of right now, is that it looks like it is on a multi-day scale. Starting on Friday early in the morning, and then it is kind of on and off,” Castellan said.

The ongoing cold weather and snow in the Lower Mainland is the result of a high-pressure system forming in the Yukon and the border of Alaska. The system has been travelling down the spine of BC and has also been bringing frigid temperatures to the Prairies.

“What happens is that a  stable enough (high pressure) air mass is moving…towards to coast and it’s not finding that resistance from the low-pressure systems that come in and generally temperate the weather on the coast,” Castellan said.

Vancouver is currently experiencing freezing temperatures that are expected to last throughout the week.