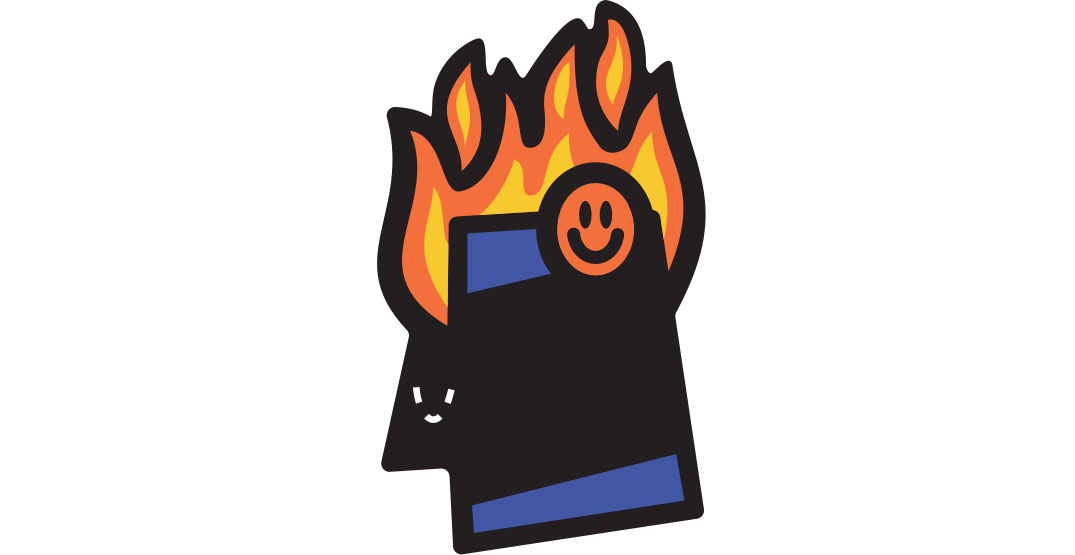 An East Vancouver hot dog restaurant is selling enamel pins for charity that are designed after their sandwich board — a sign they used this month to display an anti-police message in solidarity with the Black Lives Matter movement.

Whats Up? Hot Dog’s enamel pins don’t have any words, but feature a likeness of their sandwich board with a smiley face and flames surrounding it. Daily Hive assumes the flames mean defunding and dismantling the police.

“We believe strongly that the policies and behaviours exhibited by police disproportionately affect minorities in this country, especially the Indigenous community,” the restaurant wrote in a Facebook post June 5, referring to the killing of Chantel Moore by police.

The message was displayed on the same week that thousands gathered for a rally against anti-Black racism at Canada Place, although What’s Up? Hot Dog’s exact words “fuck the police” and “ACAB [All Cops are Bastards]” rubbed some people the wrong way.

It now appears the restaurant is doubling down on its stance by selling these pins.

“We just wanted to try to forward some of this truly misplaced attention to where it belongs. There’s a lot of people and organizations in this city that could use some help and so instead of focusing on what a sandwich board said one day out of the five years we’ve been here, we’re focusing on trying to make some money and put it somewhere good,” management told Daily Hive in an emailed statement.

The proceeds will benefit a local charity helping sex workers called the Kingsway Community Station for Women. The project provides a safe and clean place for women to access bathrooms, WiFi, harm reduction supplies, snacks, and access to peer support.

“These women on the street have historically been ignored (unless harassed) by the police, and we hope that we can funnel some funding their way through the sale of these pins,” the restaurant said in a Facebook post.

The pins cost $10 each, and can be pre-ordered online.

They’re being manufactured now, and will be delivered as soon as they’re ready, the restaurant says.

They’re also hosting a vegan taco night on Tuesday, June 23 with all proceeds going to the Canadian Civil Liberties Association. Staff are volunteering their time so the restaurant can maximize its donation.