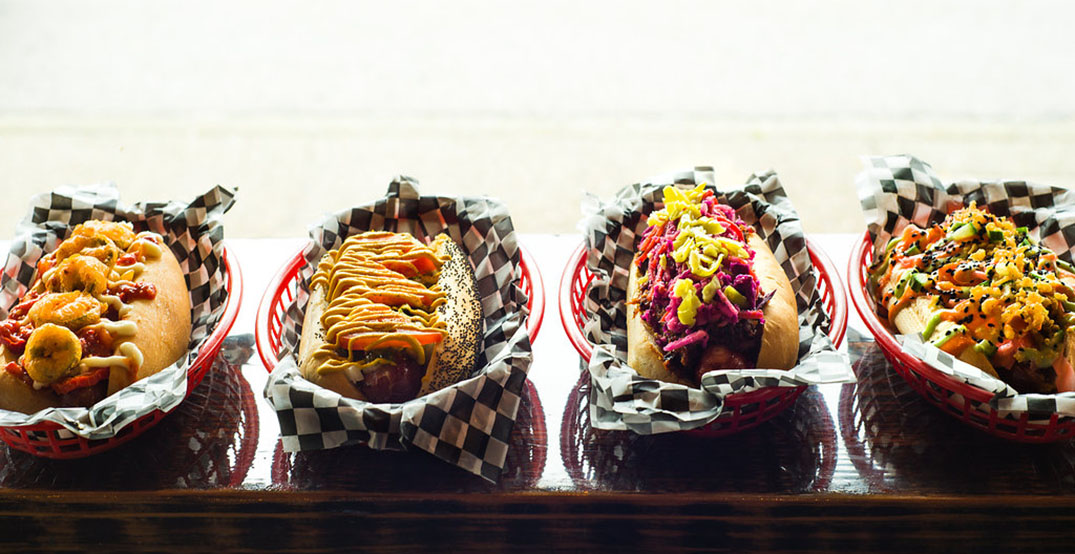 An East Vancouver hot dog restaurant says it stands by a sandwich board criticizing police over racist violence after some in the neighbourhood took offence to its language.

What’s Up? Hot Dog on Hastings Street near Nanaimo Street put a sandwich board up recently that said “top 3 things to do today: 1. Fuck 2. The. 3. Police.” On the back, the sign reportedly had the acronym for “all cops are bastards.”

“We believe strongly that the policies and behaviours exhibited by police disproportionately affect minorities in this country, especially the Indigenous community,” it said.

The restaurant referenced the death of Chantel Moore on June 4, the 26-year-old Indigenous woman from BC who was shot by a police officer doing a wellness check at her New Brunswick apartment.

“We believe the entire police system needs to be thoroughly stripped down and rethought, before more marginalized peoples continue to be persecuted and affected,” the restaurant’s management said.

It acknowledged the sign was antagonistic, but explained it expresses the anger felt by management and many others in the community over recent events, including the killing of George Floyd.

“If it made anyone uncomfortable, we encourage them to look into these issues, the resources are plentiful online.”

It finished by asking people to move forward, saying discussion over its sandwich board has already taken enough time.

“To say anything more on this would further take away airtime from marginalized voices, which this story about a sandwich board at a punk bar has already served to do,” it said.

When Daily Hive reached out for an interview, management echoed that statement, saying as a group of white individuals they didn’t want to take up any more space than they already had.

Not everyone agreed with the sign, and some on Twitter shared their disapproval of using such strong language to criticize police.

A restaurant in Vancouver has a message board on the street out front that says “fuck the police”. To all the patrons of Vancouver; do not spend your money in that despicable shithole.

What’s Up? Hot Dog!
Just went onto my never visit list. Too bad .. I like hot dogs.

But others approved of the sign’s message, and said the restaurant would continue to have their business.

Shoving seniors to the ground so hard they bleed. Shooting rubber bullets directly at a homeless mans face. Countless of police brutality videos you see during the protests. Yeah fuck the police. And what’s up hot dog has really good cauliflower wings, highly recommend 🙂

They are getting my business now.

Like Terry the Farie boomer would be caught dead in a Downtown restaurant that isn’t “Earl’s”.

The restaurant’s message comes at a time when people around the continent are taking to the streets to protest police brutality and anti-Black racism after the death of George Floyd at the hands of police. During this movement, calls to defund police forces have gained steam following several videos of officers using force.