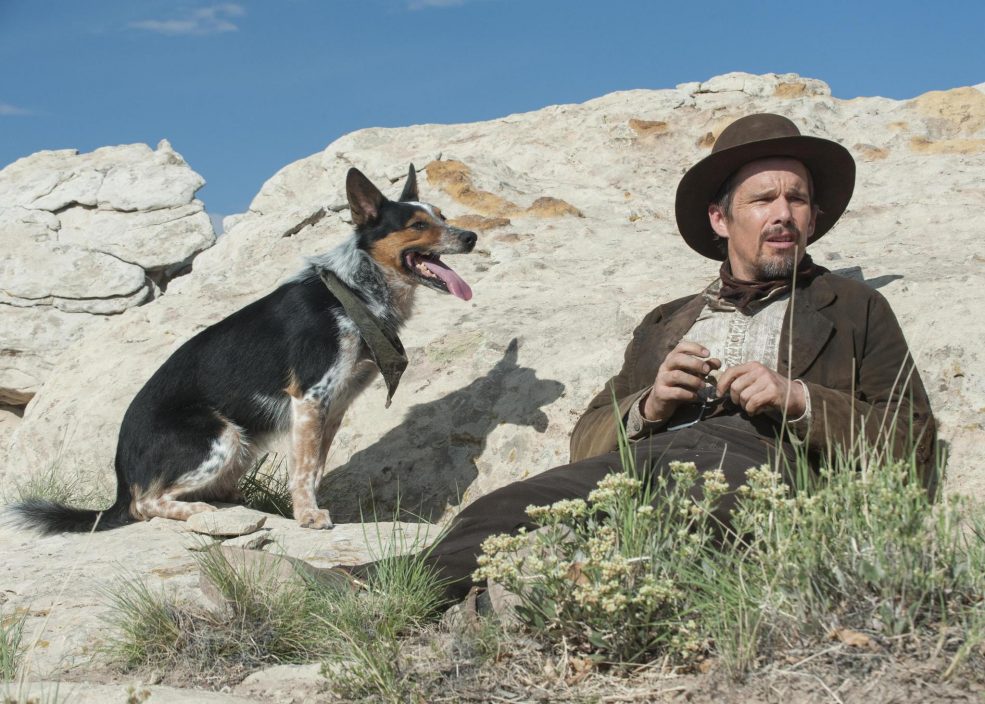 The Vancouver International Film Festival has begun and this year there is no shortage of potentially great films. However, with so much great selection, there are some that might get overlooked.

I’ve already given a ten films to see at this year’s festival list, along with a how to VIFF guide. But I thought I would end the trilogy with another list, but this time, I wanted to include some films that might fly under the radar.

Get out and support this festival. It’s far better to make an evening of it by grabbing some friends, a few wobbly pops and head out to see some fantastic cinema. Trust me, it beats Netflix and preseason hockey.

Below are ten films at this year’s VIFF festival that aren’t necessarily the big features but the hidden gems that could make much more noise by the time the festival comes to a close.

A documentary by Jim Jarmusch who also has another film at VIFF called Paterson. This rock doc is about the notorious punk band The Stooges, which was fronted by Iggy Pop. Their powerful and aggressive style rock mixed with the blues, R&B and free jazz, blew a crater into the musical landscape of the 1960s. Jarmusch explores the Stooges’ adventures and misadventures as they climb up and down the rock n’ roll ladder of commercial success and leaving a long-lasting legacy.

This one looked odd to me at first but the trailer had me hooked. An older and somewhat doughy middle-aged doctor named Kostis works on a Greece island known to be a paradise for young hedonists looking to party and play during the summer time. After helping a young girl with an injury, Kostis starts to hang around with her and her party friends and essentially becomes obsessed with the girl and their lifestyle. This drama looks to have a nice mix of humour along with a seductive narrative.

Back on August 1, 1966, Charles Whitman shot 16 people dead at Texas University. Director Keith Maitland recreates the horrifying events of the day with animated re-enactments, witness interviews and news footage from the day itself. It’s a nice use of rotoscoping where live action footage is turned into animation. This is an intense documentary that is heavily stylized and totally unforgettable.

This intense film is about a woman named Shideh (Narges Rashid) and her young daughter Dorsa (Avin Manshadi) who survive a missile crashing into their home in Tehran. However, although the missile doesn’t detonate, what is unleashed is an evil djinn that haunts and terrorizes the home and malevolently targets the young daughter leaving the girl shocked and disturbed. This film sort of reminds me of 2014’s The Babadook.

In a Valley of Violence

First off, I’m a sucker for Ethan Hawke, but you put him in a western with a riveting revenge story, and now I’m very intrigued. Paul (Hawke) and his dog Abbie, find themselves in a forgotten town of Denton – a place the locals call the “valley of violence.” Paul makes an enemy with the wrong person and that sets off a chain reaction that leads to major bloodshed. I don’t know what it is, but even to this day, there is something about a well-made western that will have me hooked. Put this one on your list and check it out.

Freightened: The Real Price of Shipping

This documentary from acclaimed director Denis Delestrac will ruin your day. It’s always good to get a healthy reminder of how we are destroying our planet. Sure the head in the sand approach is always an option but wouldn’t it be better to know the environmental ramification of water-borne cargo shipping? We really should care because 90% of everything we consume arrives via ship. Take the time and go and check this out, because it has a direct impact on where we live, and besides, sand tastes terrible.

This film starts with the famous Marilyn Manson quote “Fail to see the tragic, turn it into magic!” The story is about a girl named Colleen (Addison Timlin) who is on the verge of becoming a nun, but returns to her dysfunctional home to visit her brother Jacob (Keith Poulson) who was badly disfigured by the War on Terror. While Colleen tries to cheer her brother up, she starts to fall back into her old Goth life of face paint and aggressive hostilities. This film looks odd but extremely entertaining. It’s comedy with a touch of heart and quirk, that has cult favourite written all over it.

Director Jeff Chiba Stearns brings a documentary that shows the frustration and overall desperation of people who are waiting for a bone marrow donor. Unfortunately, because bone marrow requires a close genetic match it leaves multiracial people of young and old left with an almost nonexistent pool of suitable donors. This film needs to be seen because there are so many of you who are reading this that could be a big help and not even be aware. Go and see this powerful documentary.

This is another humorous film with a message. Mohsen Namjoo stars as a Hamid Royani a man who tries to keep his Persian culture alive though San Francisco’s Farsi-language radio station. The station scores a big studio guest as Afghan rockers Kabul Dreams are scheduled to come and jam on air with none other than Metallica. Not wanting to miss this big opportunity, Mohsen sees the potential for cultural exchange and advertising dollars. Of course, things don’t go according to plan and hilarity ensues.

Trust me, as someone who has gone to a prestigious theatre school, this doesn’t look too far off the mark. It has everything like the overly pompous teacher (Kerry Fox), egotistical and deviant classmates, and a young, naive student Stanley (James Rolleston), who wrestles with his own identity and morality. Canadian-born, New Zealand-raised director Alison Maclean does a great job of showcasing a microcosm of the theatre life and delivers drama through humour and heart.

Daily Hive is a proud sponsor of VIFF.