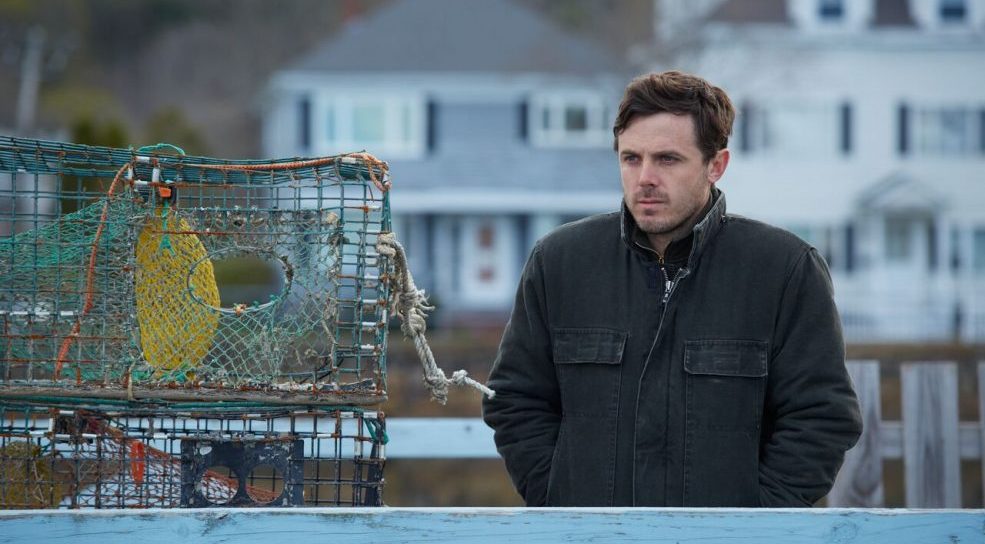 The Vancouver International Film Festival is going into their 35th year of showing some of the world’s best cinema and there is something for every taste.

If you’ve never been to VIFF, I highly recommend taking a look at their selection this season and grabbing a ticket or two. They have a fantastic catalogue of stories to present from all parts of the world.

The festival runs from September 29 to October 14 and they have a plethora of films that will be showing every day at different times and venues. It can be overwhelming in trying to decide what to see, so whether you are new to the festival or a seasoned veteran, I’ve gathered 10 films to get you started.

Below are a variety of films for different tastes and moods, along with the links to get tickets. Visit the new VIFF website and explore and take a look at their entire selection.

Manchester By the Sea

Manchester by the Sea got a lot of buzz at this year’s Sundance and should get a nice push as we get closer to Oscar season. The film is about Lee Chandler (Casey Affleck) who returns to his hometown in Massachusetts to sort out his older brother Joe’s (Kyle Chandler) affairs after he passes away.

Lee is shocked when he finds out that that Joe has made him the legal guardian of his teenage son Patrick (Lucas Hedges). The film is about love, grief, and redemption and is being hailed as Affleck’s finest performance. Put this on your must-see list.

This is the director who brought us the classic film Old Boy and now he brings us a story about a Korean pickpocket who is hired by a con-man to play the role of a maid for a Japanese heiress. The plan is to steal the heiress’ fortune, but what the handmaiden ends up getting is a game of seduction and eroticism that changes everything. Who’s playing who? This looks like a saucy tale full of brilliant cinematography, costumes, and story.

Mark this one on your calendar because controversial director Paul Verhoeven has created a dark comedy about a rape-revenge fantasy that is going to get a lot of people talking. Michele (Isabelle Huppert), the CEO of a video game company that specializes in sex and violence, is raped in her apartment.

Instead of reporting the frightening event to the police, she goes on with her life as if nothing happened. But secretly she plans her revenge and starts investigating all the men in her life who could have committed the act. This will be full of comedy, perversity, and melodrama, but most of all, features a fantastic performance by Huppert.

This one has divided critics, which is why you should go and see it for yourself to make up your own mind. Director Olivier Assayas re-teams with Kristen Stewart for a dramatic film with a touch of horror. Maureen (Stewart) is an American in Paris who works for a snobby supermodel/fashion designer Kyra (Nora Von Waltstatten). When she’s not out shopping for her boss, she has a fascination with the occult and tries to communicate with her dead brother via text messages. This is a fairly bizarre and crazy film that is full of tension and scares but also touches on the subject of isolation and grief.

Paterson (Adam Driver) is a bus driver and lives his life within a well-established routine in a city that is also named Paterson. He’s a poet who was influenced by the works of William Carlos Williams, who wrote a famous poem called Paterson, so now you can see where the title of this film came from.

While driving around in his bus, Paterson finds inspiration for his poetry in the people he observes and the city around him. Paterson’s wife Laura (Golshifteh Farahani) is a free spirit who plays guitar, paints and is always changing career paths. Although they are very different, they support and love each other immensely.

This is a very slow burn of a character study that is not only funny but at times touching. It’s essentially poetry on screen that’s held together by the chemistry between Adam Driver and Golshifteh Farahani. Give this little slice of life comedy a try, it’s one of the best films playing at this year’s festival.

Director: Andrea Arnold
Cast: Sasha Lane, Riley Keough, Shia LaBeouf, Raymond Coalson, Chad McKenzie Cox, Verronikah Ezell
Playing: October 6, 12
Set to a blazing soundtrack, this road trip movie focuses on a teenage girl named Star (first-time actor Sasha Lane) who joins a traveling magazine sales crew. The van full of miscreants travels the Midwest partying hard, breaking the law and trying to make money in no specific order. Star has a thing for Jake (Shia LaBeouf) who has a girl friend named Krystal (Riley Keogh), and thus we get a love triangle that you know won’t go well. This is a long but interesting coming of age romance on the American fringe.

After his dog dies, Winfried (Peter Simonischek) decides to surprise his workaholic daughter Ines (Sandra Hüller) who he hasn’t seen in a very long time. They’ve never really seen eye-to-eye, and after Winfred moves in, their relationship doesn’t improve much. Ines is too busy working on important corporate projects, while Winfried is only interested in pulling off practical jokes and pranks.

Their relationship eventually meets an impasse, and Winfried moves back to Germany. So we think. Instead his alter ego, the smooth talking “Toni Erdmann,” enters the scene. Disguised in a tacky suit, crazy wig, and very fake teeth, Toni enters Ines’ professional life by pretending to be her CEO’s life coach. This is a zany and funny film that is also deeply moving.

Every film festival needs zombies. However in this film they’re called hungries, but that’s just another way of saying zombies that are hangry. With much of humanity zombified due to a fungal outbreak, a group of survivors hideout in a fortified stronghold. There, a scientist Dr. Caldwell (Glenn Close) tries to find a cure that she believes lies in a young girl named Melanie (Sennia Nanua).

When their stronghold is taken over, the survivors must survive on the streets of London and hope that a cure can come sooner than later. This film has a George A. Romero’s Day Of The Dead feel to it with a touch of Danny Boyle’s 28 Days Later.

The world famous Japanese animation Studio Ghibli explores a new creative direction after the retirement of its founder Hayao Miyazaki. Academy Award winning animator Michaël Dudok de Wit brings  his style of realistic animation to tell a story about a shipwrecked man who establishes a family on an island that is only inhabited by animal life.

There is no dialogue but the story will remind you of tales you have heard before. It feels like Robinson Crusoe and other times its an ode to the Biblical book of Genesis and Greek mythology. The plot is fairly simplistic, the animation is gorgeous and it’s a film that could be watched by children and adults.

Well done Rock docs can give us a great look into how music is created and what makes a band or artist tick. We Are X does all of that as we get to see one of the world’s great metal bands Japanese X up close and personal.

Director Stephen Kijak follows the group in the lead-up to a spectacular show at Madison Square Garden where we get a history lesson on how one of the most technically sound bands came into being. There we learn about about some of their personal drama with suicide, physical health and even a brainwashing cult. This is a riveting and inspiring film you don’t want to miss.