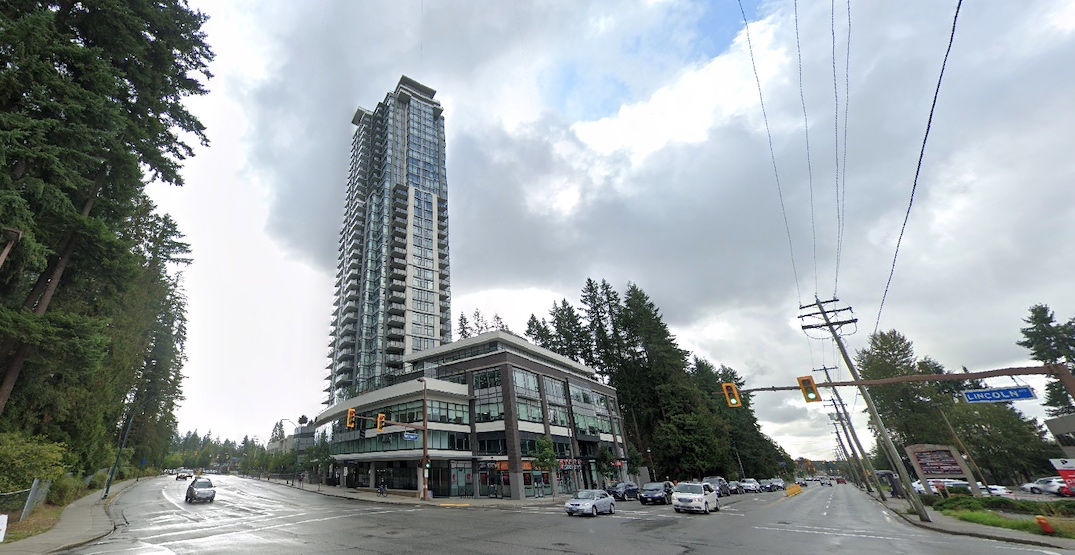 Some of Port Coquitlam’s highest residential densities could be catalyzed by a recently approved policy by city council that creates a frequent transit development area — the first of its kind within the municipality.

The area is on the westernmost border of the municipality, within a five-minute walking distance from SkyTrain’s Lincoln Station in Coquitlam — just over the municipal border.

The designated 6.3-acre area is contained within a triangular-shaped city block — framed by Woodland Drive to the east, Kitchener Avenue to the south, Westwood Street to the west, and the border with Coquitlam to the north — that contains 19 individual lots, primarily occupied by single-family dwellings and modest commercial.

The changes to the official community plan (OCP) now allow for the site to be considered for a mix of commercial and multifamily residential uses, with a minimum overall height of six storeys along Westwood Street — both mid-rise woodframe construction and condominium towers — and lower-density multi-family homes along Woodland Drive, such as rowhouses and stacked townhouses.

The mid-rise to tower density typology along the west aligns with the City of Coquitlam’s planned density for its new city centre area, which has its easternmost border at Westwood Street. 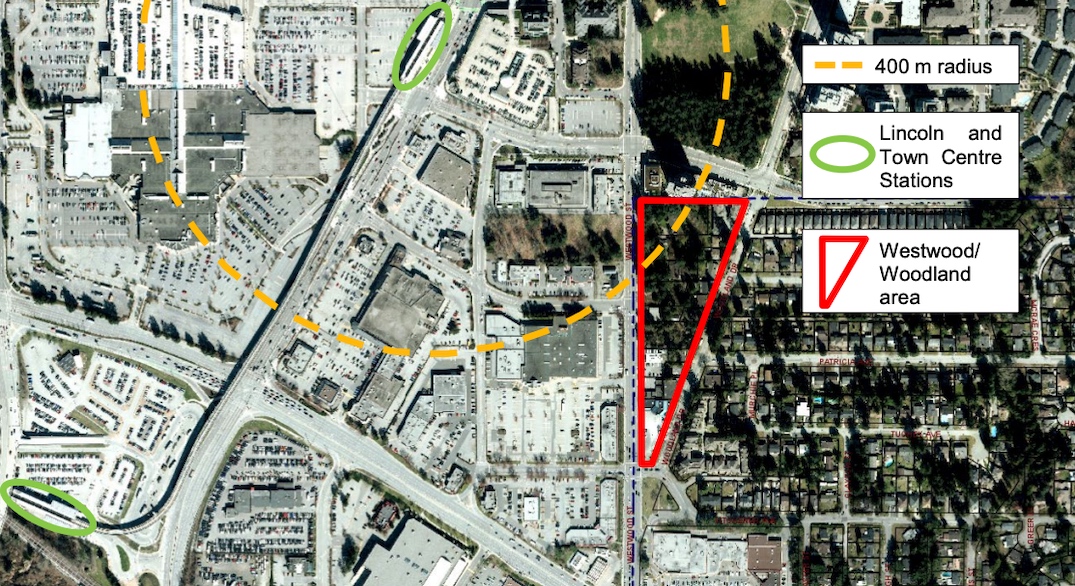 Precedent for the form of tower development that could arise from this area has been set on the northernmost end of the block at Lincoln Avenue; the 2016-built, 37-storey tower at 1123 Westwood Street — just across the border in Coquitlam at the southeast corner of the intersection of Lincoln Avenue and Westwood Street — contains about 240 homes, including townhouses, and 20,000 sq. ft. of commercial space.

“The Metro Vancouver Regional Growth Strategy suggests locations within 800m of a rapid transit rail station have the potential to be identified as a Frequent Transit Development Area,” reads a city staff report.

Changes to the OCP also stipulate a mix of housing type and tenure — such as rentals, non-market family-oriented, or entry-level ownership — and the provision of pedestrian and cycling-friendly streets, as well as amenities and connections through the area to enhance connections to the SkyTrain stations.

This year, the City of Port Coquitlam will be conducting a feasibility study for an eastward SkyTrain extension of the Millennium Line to reach its downtown area.