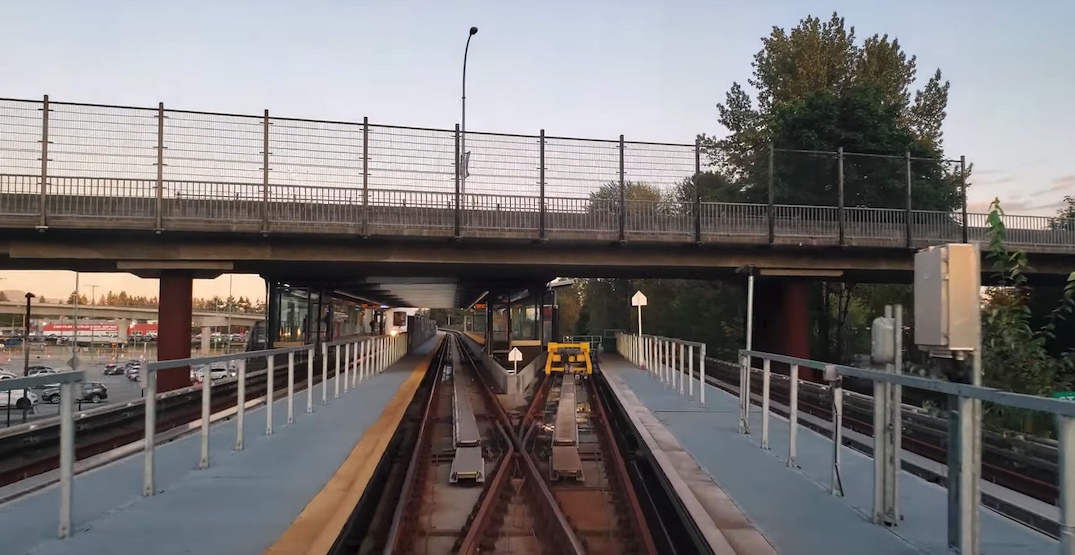 Port Coquitlam is getting very serious about bringing a SkyTrain extension to its community to the extent that it is now set to launch a study that will analyze the feasibility of such a rapid transit project.

In an interview with Daily Hive, Port Coquitlam mayor Brad West says he is taking his advocacy for an eastward Millennium Line extension to an all new level.

To date, such a SkyTrain extension project has the support of city council, and there is “very positive feedback” from the public, he says.

The study will begin in the first quarter of 2020 and take about six months to complete. It is set to be one of the largest priorities for city staff next year, and a consultant will be contracted to assist with the work.

The forthcoming analysis will examine aspects such as possible land use changes, economic benefits, ridership projections, and the potential to use city-owned lands for stations.

“I think it’s a really important step that the city is taking,” said West. “What I have concluded is that if we’re serious as a city about wanting to get SkyTrain to Port Coquitlam, we need to take the bull by the horns and show some leadership, and do some of the preliminary work that needs to be done when you’re undertaking any project of that size and scope.” 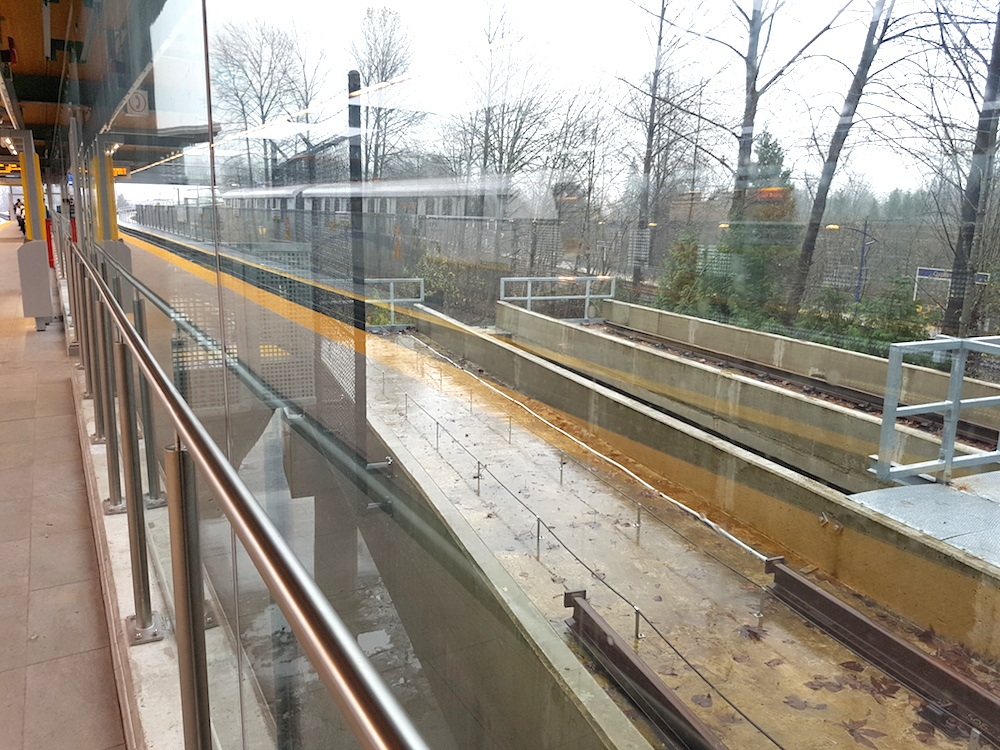 This would be a seamless extension of the Millennium Line; the first few metres of track and a track switch allowing for an extension to Port Coquitlam are already built at Coquitlam Central Station as part of the Evergreen Extension project.

According to TransLink, a new spur extension would have two additional platforms constructed immediately south of the existing station, with one platform for trains towards Vancouver and another for trains towards Port Coquitlam.

The additional inbound platform will be back-to-back with the existing Coquitlam Central Station platform, permitting a cross-platform connection, while the other platform to Port Coquitlam will be independent requiring descending and ascending escalators. 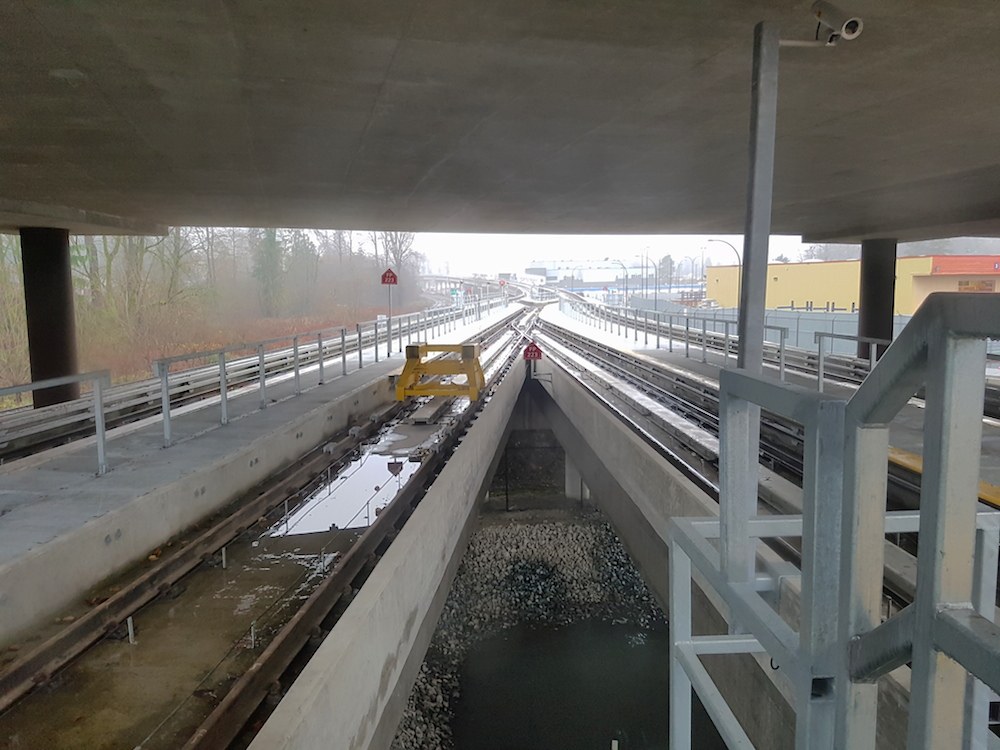 The city’s downtown is pre-zoned for higher-density residential and commercial space, and further changes could be made to provide additional support for such a high level of transit service. 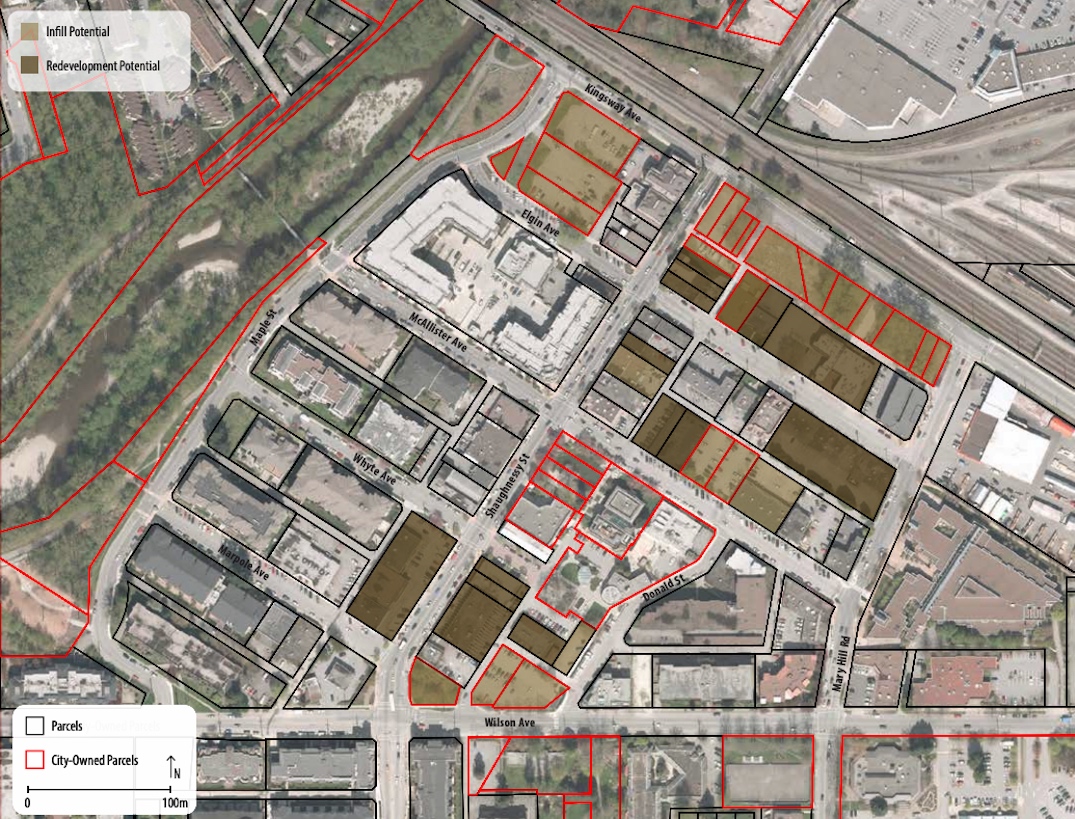 West says the extension will have a better chance of being a part of the Mayors’ Council plan as a result of the municipal government’s proactive technical work.

Over the past 20 years, similar early technical studies were also independently produced by the City of Vancouver and City of Surrey for their respective rapid transit priorities — the Broadway Extension and the now-cancelled Surrey Newton-Guildford LRT.

“It really is about putting more meat on the bone, and taking this from an idea that we’re advocating strongly for into something that is more tangible, more well-defined, and answer some questions,” said West. “It begins to make the business case for why the investment makes sense and how not only Port Coquitlam will benefit from the connection but the entire region as well.”

The city’s study coincides with TransLink’s Transport 2050 planning process of determining the next 30-year regional transportation strategy, which is slated to be finalized by the end of 2020. But West says the municipal government will not be reliant on just Transport 2050.

“I think the city has some responsibility to show some leadership,” he said. “We’re not just throwing darts at the board and saying, ‘We want SkyTrain.'”

“If we want to be a sustainable and modern region, we need rapid transit throughout all of Metro Vancouver. We need to talk less about this stuff, and do more about it. I really think that the appetite in the public is for us to not have years-long consultations, but to get on with having a modern rapid transit system across the region.” 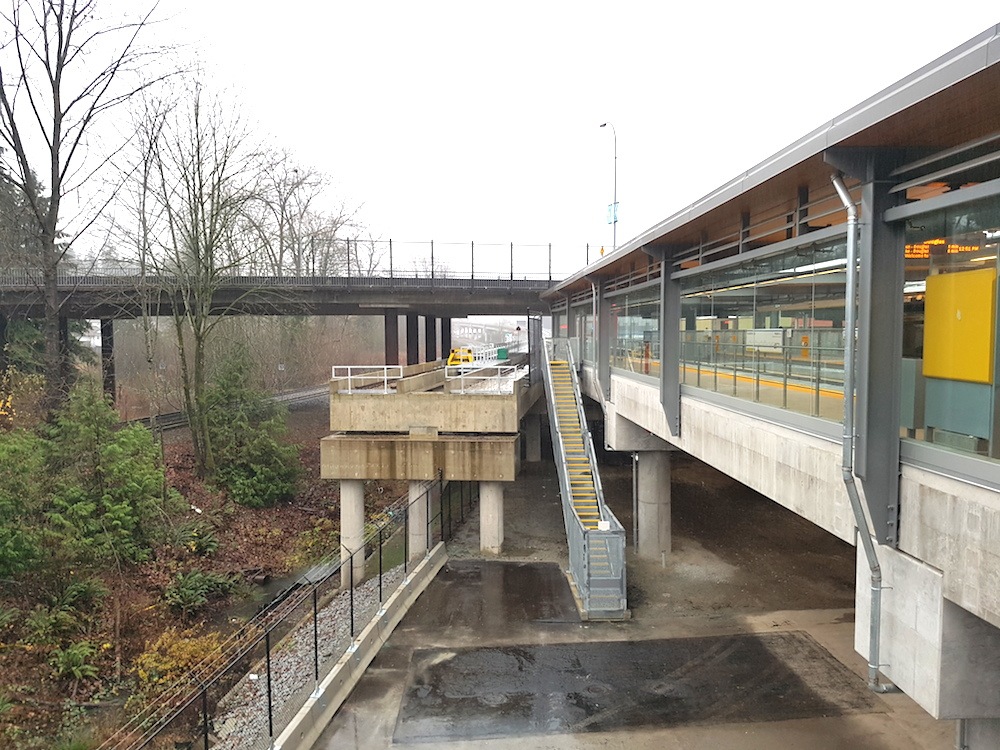 A SkyTrain extension to Port Coquitlam would certainly not be equivalent to the scope of mega projects like the future extensions to Langley Centre and UBC, but the potential construction cost is likely not insignificant either.

The $3.12-billion cost of building the 16-km-long, fully elevated extension of the Expo Line along Fraser Highway to Langley Centre is equivalent to an average of $195 million per km of guideway.

On this simplified basis, with two kilometres of guideway, the Port Coquitlam Extension project could theoretically have a ballpark cost of $400 million, but this does not account for any potential cost savings from exorbitant land acquisitions that the Broadway Extension and Fraser Highway Extension projects face. Recent steep increases to regional real estate are one of the leading factors in the increased cost of proposed SkyTrain projects.

As well, the Fraser Highway Extension also includes the very significant costs of three major bus exchanges, park and ride facilities, 55 additional train cars, and a major operations and maintenance facility comparable to the size of the Edmonds facility in Burnaby. It is highly unlikely a Port Coquitlam Extension would comprise of similar components on such a scale.

The City of Coquitlam has also shown its support for such a SkyTrain extension project. Coquitlam’s new downtown plan calls for retaining and reserving rights-of-way in the Christmas Way area to ensure allowances exist for a potential future extension towards Port Coquitlam.

Statistics indicate Port Coquitlam, a city with a land base of 30 sq. km and nearly 60,000 residents, has the highest overall densities of the Tri-Cities. In comparison, Port Moody, served by two SkyTrain stations, also has a near-identical land base, but roughly half the population.