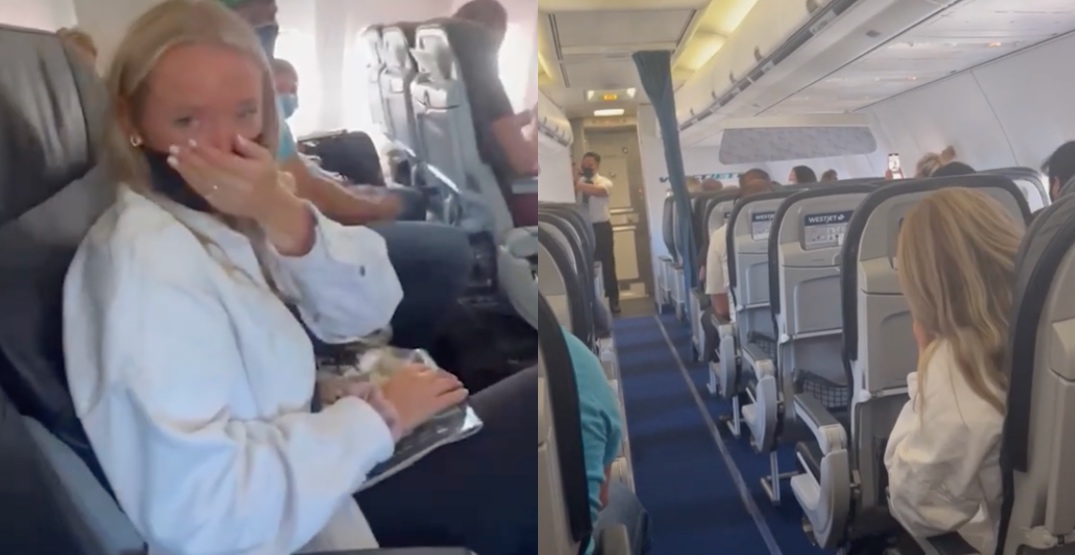 Lately, when an airline makes the news, it’s all about flight delays, cancellations, and missing baggage. But a recent WestJet flight was an absolute dream for one wedding party when a flight attendant went above and beyond to make their trip special.
Allison Irwin told Daily Hive’s editorial team that she had a real-life Wedding Singer moment on a flight from Vancouver to Los Angeles on Thursday, July 14, heading on a bachelorette trip.

Spoiler alert: The Wedding Singer, a 1998 romantic comedy starring Adam Sandler and Drew Barrymore, ends with a touching serenade on a plane as Sandler sings “Grow Old With You” to Barrymore.

When Irwin’s bachelorette crew whispered to the flight crew that she was soon-to-be married, one flight attendant understood the assignment.

“I was sitting down reading my magazine, and there was an announcement asking for Allison,” Irwin told Daily Hive.

Her fiancé, Shaun, had called the airline asking to deliver a special message for his bride-to-be and a flight attendant made an announcement.

“He said that Shaun can’t wait to marry me, and hoped I have the best time this weekend,” Irwin said. “Then the angel flight attendant proceeded to sing!”

The flight attendant, Ryan Laxa, sang “Grow Old With You” as a special message from her fiancé to celebrate her upcoming wedding.

“I wanted to make the bride-to-be to feel special and do something she wasn’t expecting,” Laxa told Daily Hive.

“I decided to make the flight for her bachelorette memorable.”

My inspirations were my great grandparents, they were married for over 82 years. They once said always find opportunities to make someone smile, and to offer random acts of kindness in everyday life,” he said.

The gesture emotionally moved Irwin – she felt everything from embarrassment to excitement.

“Literally started tearing up on the plane,” she said.

She has a beautiful memory she can reflect on with her friends and family. “I can’t stop watching it,” she said. “My heart flutters and I have a stupid smile every time I scroll through it on my phone!” 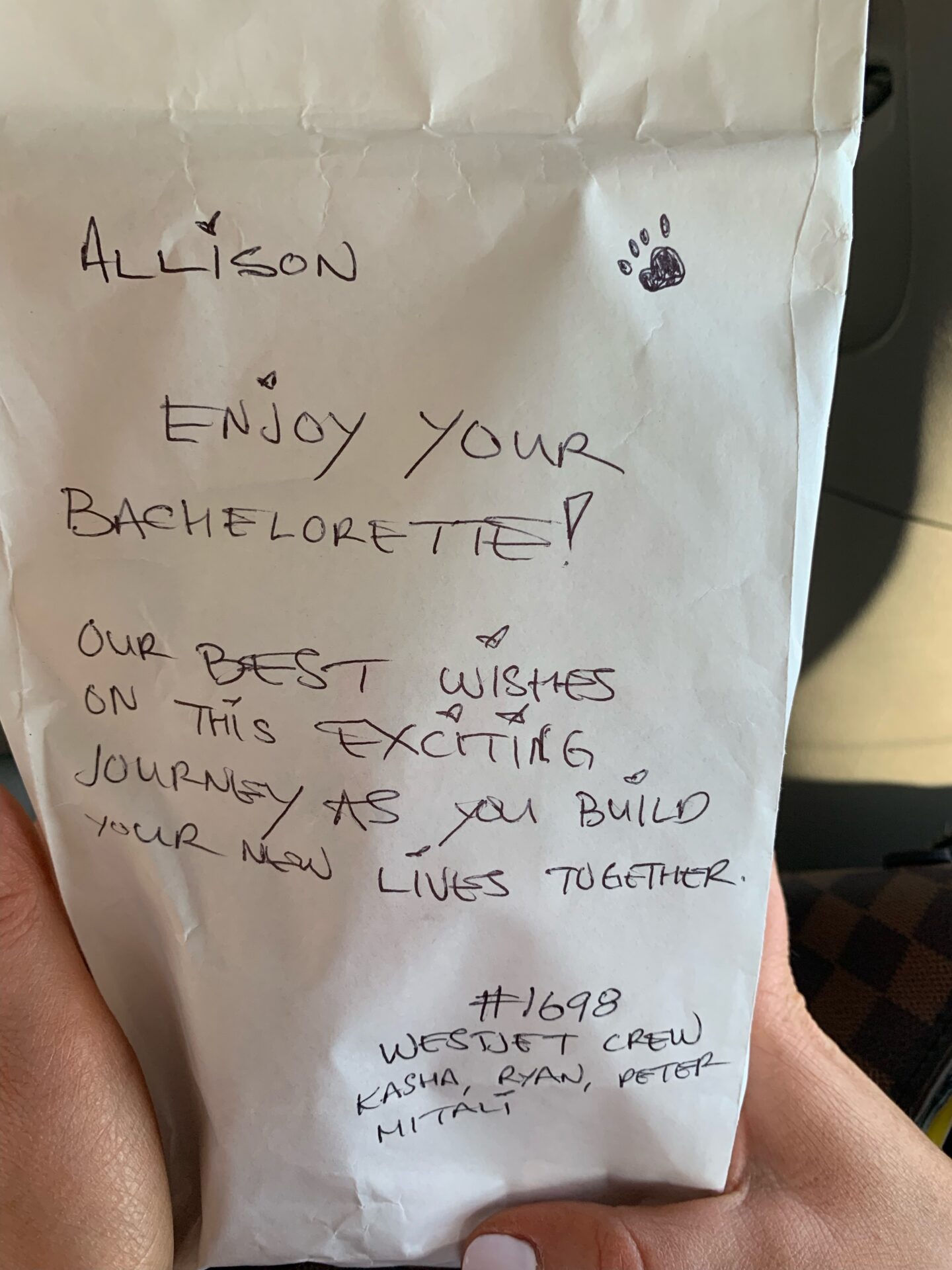 The WestJet crew on flight #1698 wished the couple well and even treated Irwin to a splash of Prosecco, too.

Here’s a clip from The Wedding Singer for comparison:

Daily Hive has reached out to WestJet for more information and will update this story.

Editor’s note: Allison Irwin is an employee of Daily Hive.