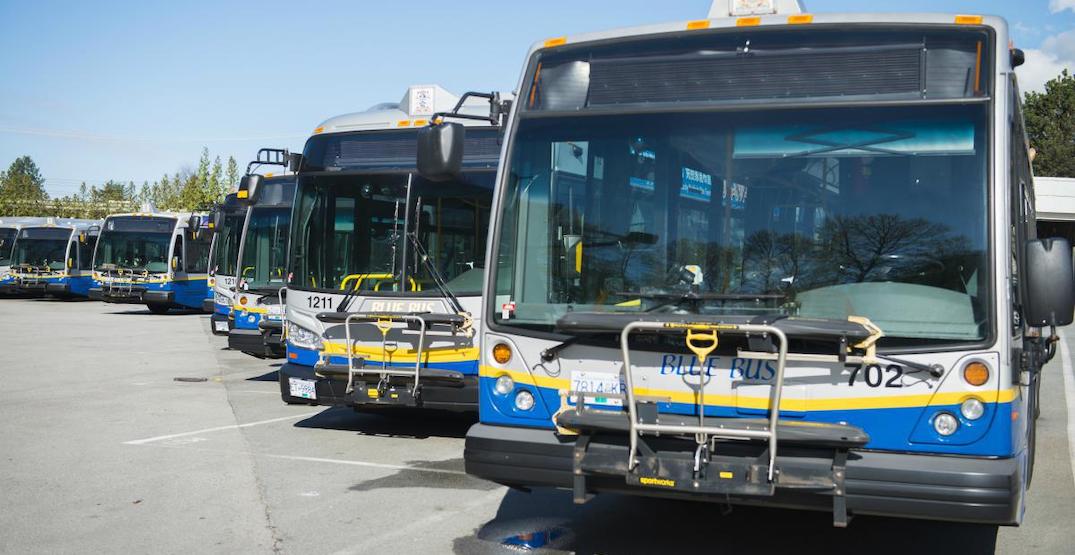 Another labour dispute appears to be brewing within Metro Vancouver’s public transit system.

The union representing West Vancouver’s Blue Bus workers, the Amalgamated Transit Union (ATU) 134, has filed an unfair labour practice complaint against the District of West Vancouver with the BC Labour Relations Board.

It alleges the municipal government has refused to begin bargaining a new contract ahead of the expiration of the existing contract, which ends on March 31, 2022.

“West Vancouver District is legally obligated to come to the negotiating table, present its offers and hear our proposals for a new contract,” said Cornel Neagu, president of ATU Local 134.  “We are astonished [this is happening] despite the existing contract expiring in six weeks and despite being given legal notice to bargain back in November 2021.”

“West Vancouver District has had months to prepare for bargaining and yet has apparently done nothing to meet its legally required timeline to negotiate a new contract by providing its position to the union and taking the union’s position back for discussion.”

Prior to the pandemic, about 18,000 people used Blue Bus services, governed by West Vancouver, on a daily basis.

TransLink is not involved in the negotiations with the union, but the buses are a part of the regional transit system, and the municipal government is a sub-contractor to TransLink, which manages the bus service levels.

In a statement to Daily Hive Urbanized, the municipal government says it “supports the collective bargaining process, and is committed to negotiating a renewed contract” with the union.

“The significant, unprecedented impacts of the COVID-19 pandemic, including the recent surge of the Omicron variant, have created challenges for Transit and municipal governments, which must be factored into bargaining timelines and processes,” reads the statement.

“The District is currently in the process of preparing for collective bargaining with ATU Local 134 and has been in regular contact with the ATU to discuss the timeline and process for bargaining. The District expects to engage in productive bargaining to reach a contract that will be ratified by both parties, as has been done in the past.”

The Blue Bus system has a dozen routes and a fleet of over 60 buses. The No. 258 express bus from West Vancouver to the University of British Columbia has been temporarily suspended since the start of the pandemic in March 2020.

The last labour dispute on the Blue Bus was in Fall 2016 and it led to a one-day full-scale strike.

In early 2021, the Canada Line was also under the threat of service impacts when BC Government and Service Employees’ Union provided notice of labour action to the employer of its members, Protrans BC, a subsidiary of Quebec-based engineering firm SNC-Lavalin.

And, of course, the region endured a prolonged labour action period in Fall 2019, when the unions representing BC Rapid Transit Company (Expo and Millennium lines) and Coast Mountain Bus Company challenged TransLink.