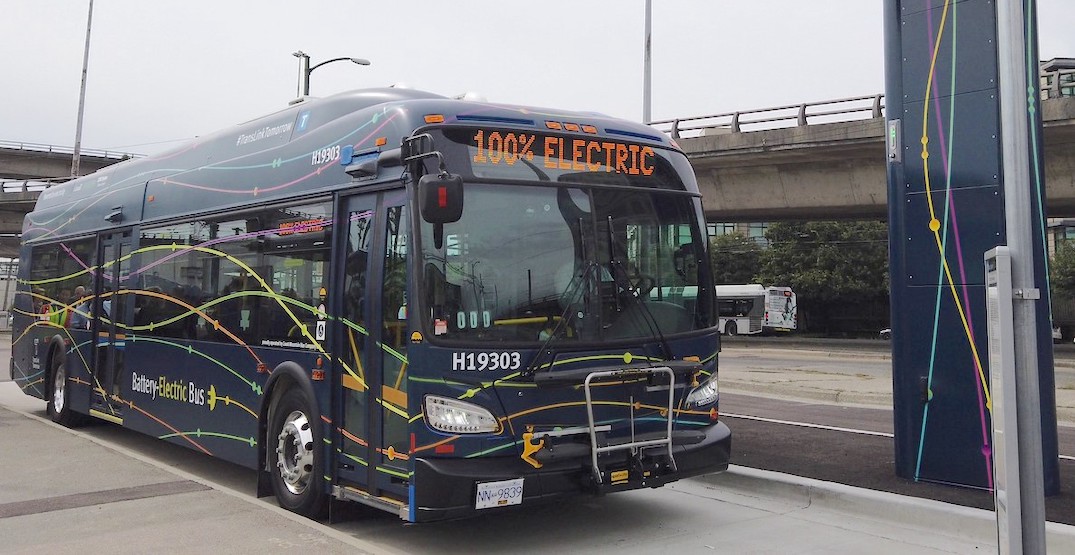 A new strategy by TransLink establishes goals for how Metro Vancouver’s public transit network will gradually transition to net-zero greenhouse gas emissions over the next three decades.

By 2050, the same year as the Paris Agreement, if all goes as planned, all operational aspects of the public transit authority will be reduced to zero emissions.

Interim targets have now been set along the way, with a 45% reduction of overall emissions by 2030, compared to 2010 levels, and achieving a bus fleet comprised entirely of zero-emission, electric-battery vehicle models by 2040. All diesel buses in use will be naturally phased out in 2041 from reaching the end of their lifespan.

“With an all-electric SkyTrain system, a large fleet of electric trolleybuses and growing fleet of battery electric buses, transit is already one of the most sustainable ways to travel in Metro Vancouver,” said TransLink CEO Kevin Quinn in a statement.

“That said, businesses and individuals have a collective responsibility to do everything we can to address the climate emergency. This strategy will eliminate our carbon footprint and lead to a cleaner and greener future for generations.”

TransLink’s resulting Climate Action Strategy (CAS) builds on the Low-Carbon Fleet Strategy — focusing on a transition to electric-battery buses — that was initiated before the pandemic.

Under CAS, the public transit authority is now aiming to use only renewable natural gas for its natural gas buses by 2024. During the same year, 84 aging diesel buses reaching the end of their lifespan will be replaced with compressed natural gas models, which will grow the natural gas bus fleet’s size by 28%.

This effectively marks the end of TransLink’s procurement of any additional new diesel buses for the conventional fleet.

TransLink originally aimed to buy electric-battery buses for this upcoming round of diesel bus replacements, but the accelerated approach depended on added funding from the federal and provincial governments to cover both the higher cost of the vehicles, and the construction of the new Marpole Transit Centre.

Marpole Transit Centre will be built on the Fraser River industrial waterfront in Vancouver, just west of the Canada Line bridge. Along with maintenance and bus parking facilities, this major bus depot dedicated to 300 electric-battery buses would also have significant charging infrastructure.

The public transit authority previously set 2023 as the target completion date for Marpole Transit Centre, but the project is now delayed to 2027. 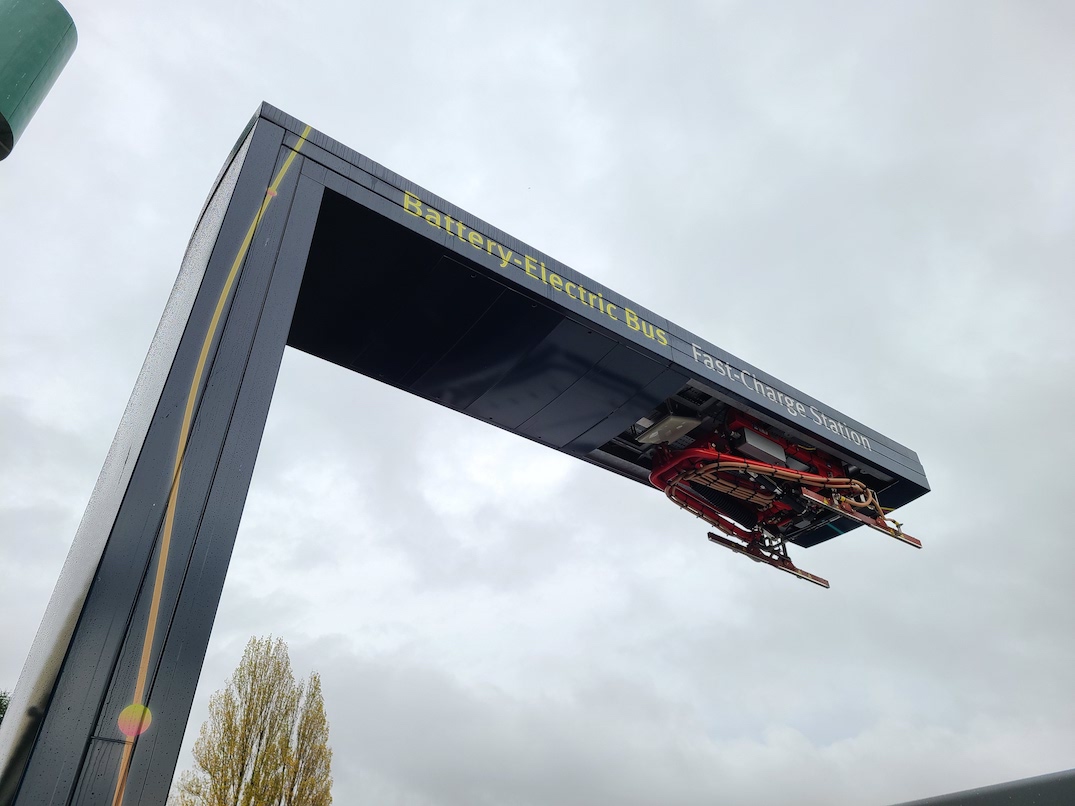 In October 2020, the federal government announced a $1.5 billion fund to help public transit operators across the country acquire electric-battery buses.

This does not account for TransLink’s existing vast electric bus fleet — North America’s second largest fleet of trolley buses. But the 262 trolley buses, which first entered service in the 2000s, will reach the end of their lifespan towards the end of this decade. It was previously suggested that the aging trolleys would be replaced with new trolley models to take advantage of the extensive trolley infrastructure that already exists, specifically the power lines overhead roads, and the Vancouver Transit Centre’s trolley maintenance and storage facilities. 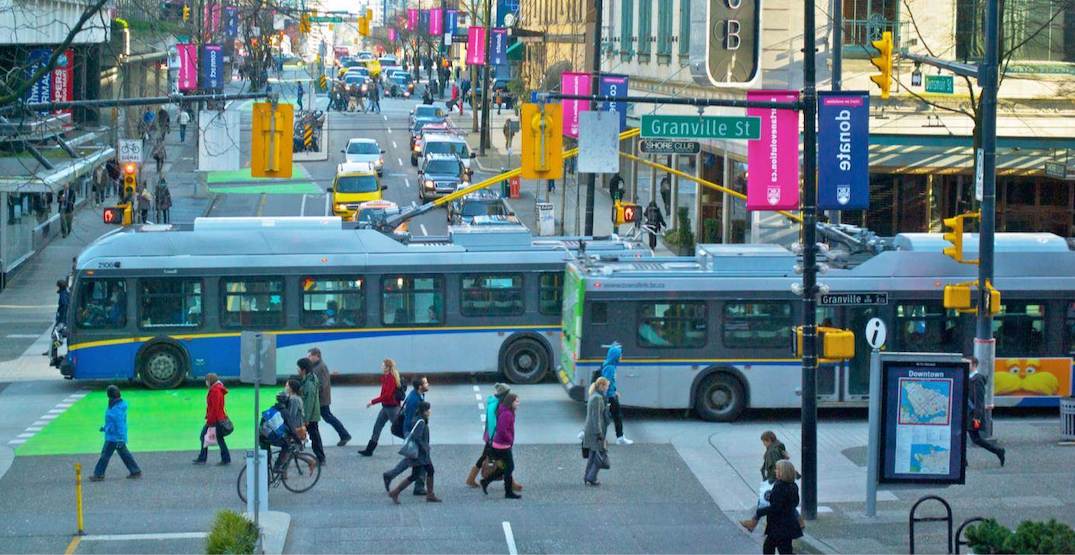 Between 2026 and 2030, HandyDART vehicles will be gradually phased to zero-emission models.

Starting in 2031, community shuttle buses will also undergo a gradual transition to zero-emission models, while support service and maintenance vehicles will transition to electric-battery and hybrid models.

Electrification is being eyed for SeaBus as well. In early 2021, the public transit authority initiated the process of conducting a feasibility study for electric-battery, next-generation SeaBus ferry vessels. This study is expected to reach completion this year.

Based on the study’s findings, TransLink will create charging and maintenance infrastructure for SeaBus, and acquire its first electric-battery ferry vessel for the service by 2030. Then in 2049, at the end of its lifespan, the 2009-built Pacific Breeze vessel will be replaced by an electric-battery vessel. 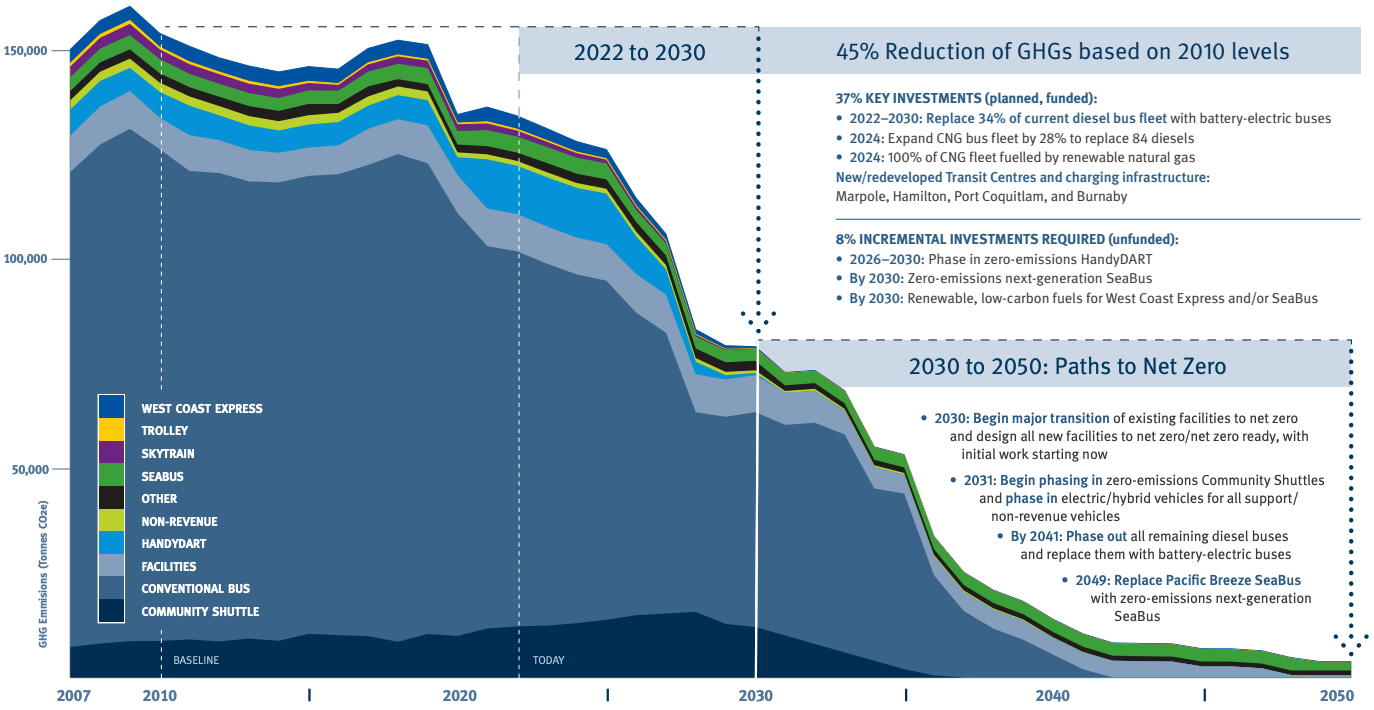 TransLink’s Climate Action Strategy through 2050. Click on the image for an expanded version. (TransLink)

For instance, SkyTrain’s Columbia Station tunnel is prone to flooding during very heavy rainfall events, and less-than-optimal service levels come into place when SkyTrain is in its “snow mode.”

TransLink adds it will also focus on improving passenger comfort from weather, such as building more protection from the elements while waiting for buses and trains, and introducing more air conditioning. By 2028, all buses on the entire network will have air conditioning.

To achieve all of these goals in the Climate Action Strategy, TransLink will release its Climate Action Plan later this year, which will outline a blueprint detailing how the strategy will be implemented. It will complement TransLink’s forthcoming Transport 2050 plan outlining how the region’s transportation network will grow over the next 30 years.

According to TransLink, transportation is the largest source of emissions in Metro Vancouver, accounting for 35% of all emissions, with public transit taking a 2.7% share.

Prior to the pandemic, 20% of all trips made in the region were performed with public transit. If public transit trips were completely replaced by private cars, regional emissions created by vehicles would increase by 18%.