A West Vancouver councillor has suggested that the proposed use of double-decker buses instead of the longer articulated buses for the North Shore B-Line, now named the R2 Marine Drive, may have resulted in more support for the RapidBus service.

Councillor Craig Cameron – who represented Mayor Mary-Ann Booth during today’s TransLink Mayors’ Council meeting – said one of the concerns opponents expressed during the B-Line debate early in the year revolved around the use of the 60-ft-long articulated buses, but they held different attitudes with the 40-ft-long double-decker buses.

“I’ve had people say in West Vancouver with a straight face that ‘we didn’t like the B-Line’s articulated buses, but we really would like double-decker buses,'” he told the regional council.

“I think reliability and frequency and all those tangible things are important, but intangibles are also so important when it comes to transit use — the emotional experience. When I talk to people who don’t use transit, and I ask them the reason, a lot of them say they don’t like the feeling of being on the bus. But paradoxically, and somewhat irrationally, people seem to love double-decker buses. That’s my impression.”

The comments came after TransLink staff provided an update on public feedback on the introduction of double-decker buses, with the first of 32 new buses rolled into service in October of this year for longer-haul routes in the south of Fraser communities.

By fall 2020, TransLink will have a total fleet of 57 double-decker buses, as an additional order of 25 buses has been made. These buses will be used on other routes elsewhere in the region.

Geoff Cross, the vice-president of transportation planning and policy at TransLink, says the first batch of double-decker buses will provide the public transit authority with the necessary experience it needs before it expands the use of these bus models.

“We know people’s perceptions and there are comfort pluses to having more seated facilities compared to an articulate buses, and it’s especially helpful for longer trips. That’s why we’re putting them on the longer express routes as a starting point,” said Cross.

“We want to get more experience with that and see what our customers like and how they work as far as they load and unload passengers. There are tradeoffs, and that’s where.” 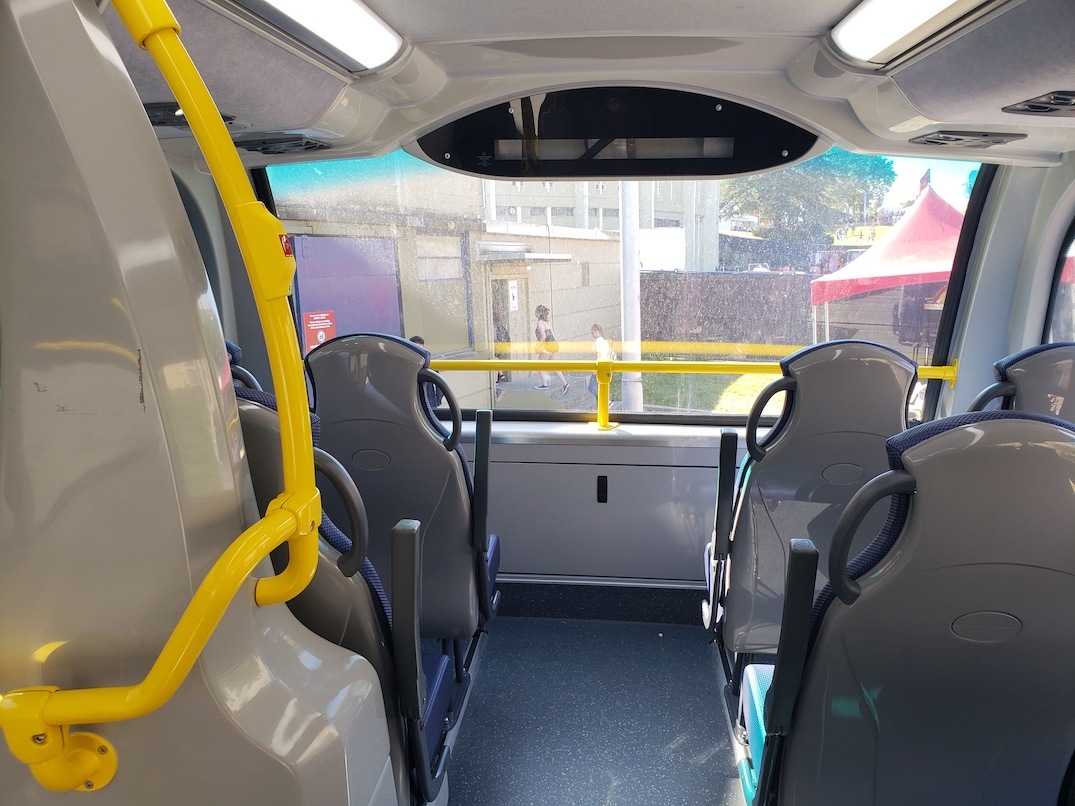 With the B-Line controversy in West Vancouver, of course, there were a myriad of concerns other than the use of articulated buses. Critics also brought up their concerns with street-parking loss for bus-only lanes, bus noise and pollution, traffic congestion, the route’s close proximity to schools and childcare facilities, and even a change in neighbourhood character.

Ultimately, the District of West Vancouver decided against bus-only lanes and running the new bus service west of Park Royal. The RapidBus service was originally proposed to run as far west as Dundarave.