TransLink has revealed the details of a new, limited-stop bus service they’re calling the RapidBus.

The service, which is set to launch in January 2020, is said to build on successful elements of the already-existing B-Line and provide a faster, more efficient customer experience.

Once operational, five newly-launched routes are expected to have the combined capacity to move 12,000 customers per hour during rush hour.

From an aesthetic standpoint, one of the newest changes coming to TransLink’s RapidBus is the brand new colour standpoint.

Blue and green colour schemes, similar to the Vancouver Canucks, are the new official colours of the RapidBus service. The three-door articulated buses have an eye-popping blue and green livery design, which replaces the blue, black, grey, and yellow livery design of models prior. 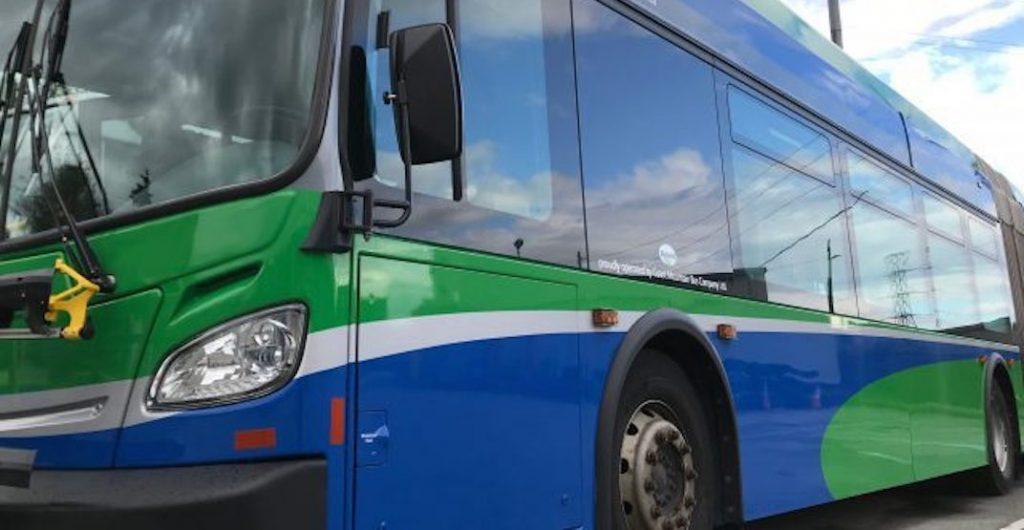 Blue and green livery on a new RapidBus. (TransLink)

The colour change is also meant to help customers distinguish RapidBuses from the rest of TransLink’s fleet.

Each bus also features a number of enhanced features such as free onboard Wi-Fi, dynamic onboard wayfinding, and line diagrams.

Bus stops for the service will be distinguished by new special bus shelters. Shelters will have real-time information screens displaying the current time and time of arrival of upcoming buses, as well as accessibility elements such as yellow tactile pads — similar to the edges of the SkyTrain platforms.

The new bus service is said to be as much as 20% faster than traditional bus routes. This will be made possible through the use of bus-only lanes, signal priority, queue jumps at intersections, fewer stops, and all-door boarding.

At this point in time, five routes are being included in the initial launch of TransLink’s RapidBus service.

The pre-existing 95 B-Line and the 96 B-Line, which serve SFU to Burrard Station and Guildford Town Centre to Newton, are being retired and rebranded under a new name.

Vancouver’s 99 B-Line, however, will be the last remaining “B-Line route” and will not be retired until the launch of the Broadway Subway in 2025.

The five new routes which will be a part of TransLink’s RapidBus program are as follows:

In total, 11 communities will be served by the five RapidBus routes.

TransLink also has longer-term plans to launch a number of additional routes.

Two more are expected to be launched in 2021, which will serve Surrey, Delta and Richmond.