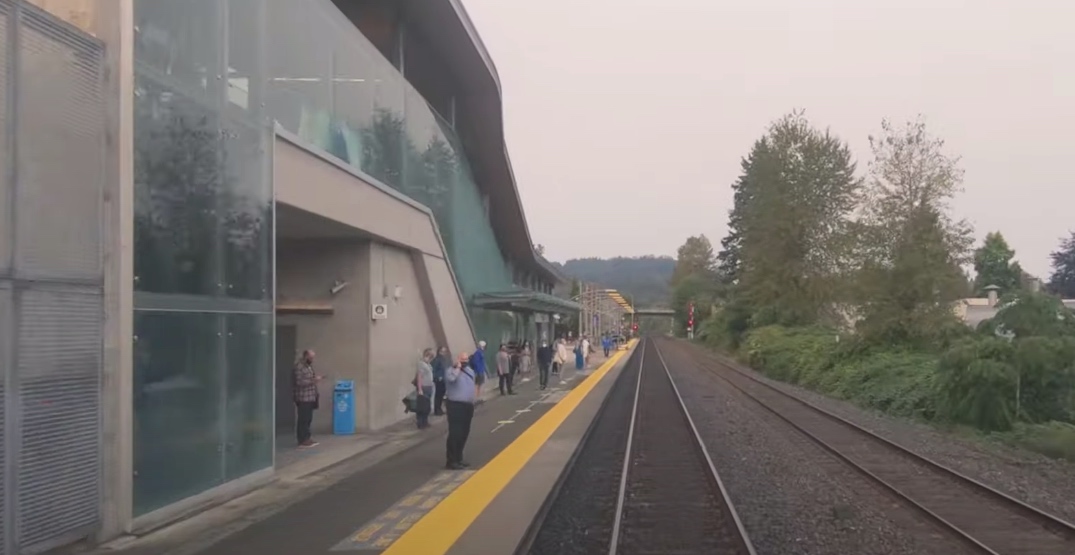 Odds are most people in the Lower Mainland have never taken the West Coast Express. It only runs on weekdays during peak hours, and only in the peak direction — between Mission City and Waterfront Station in downtown Vancouver.

Each one-way trip on the two-level trains, along the 69-km-long, eight-station route between Waterfront and Mission, takes about 70 minutes in optimal conditions.

There is a new three-minute-long time-lapse video by TransLink that shows what it is like to ride the region’s only commuter rail service.

And if you have the time to slow down, there is also a real-time, 70-minute-long version of the same video.

TransLink leases track time from Canadian Pacific (CP) to operate the West Coast Express, and for this same reason there have been limited service improvements ever since the commuter rail line launched in 1995. CP is known to have a policy that prioritizes its freight business, especially with the rising freight volumes to and from the Port of Vancouver.

But the public transit authority has indicated it is considering improvements to the designs of the stations and maintenance facilities. A forthcoming study to reach completion by the end of 2021 will establish design principles to enhance station safety, security, and accessibility.

West Coast Express is currently operating at reduced frequencies of three trains in each peak direction and with fewer passenger cars due to lower ridership during the COVID-19 pandemic.