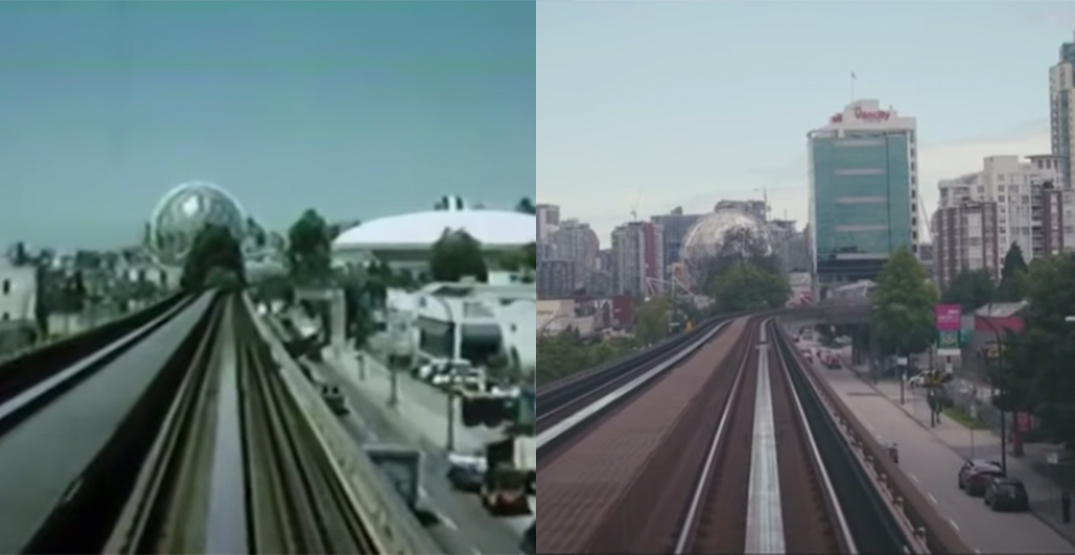 So much of Metro Vancouver has changed over the past 30 years, and this is made visually evident by a new video that provides a side-by-side 1990 vs. 2020 comparison of the region’s landscape — all from the perspective of a SkyTrain Expo Line ride.

Trees and shrubbery have grown much taller, and scores of buildings have popped up, especially around SkyTrain stations for transit-oriented developments, and downtown Vancouver, of course. For an accurate comparison, both videos were taken during the month of June, when the trees are full of foliage.

The footage is compiled by About Here’s Uytae Lee, who captured the June 2020 westbound ride video starting from the 1990 video’s same starting point at Scott Road Station. At the time, this was the easternmost terminus of the Expo Line.

When SkyTrain first opened in 1985, the Expo Line only reached as far as New Westminster Station. The next phase to Scott Road Station opened in 1990, and another phase to King George Station reached completion in 1994.

The 1990 video was captured about four years after the Expo ’86 World’s Fair in False Creek. The vintage video not only shows how the original SkyTrain line has aged, but also the changes that have been made to the stations over the decades, including renovations, expansions, and in some cases deconstruction.

There was previously an elevated pedestrian overpass between the Expo fairgrounds and Stadium-Chinatown Station’s third platform, which is currently closed to passengers as it is not used for regular service.

During the World’s Fair, this platform operated special direct, shuttle trains for attendees between Expo’s main fairground site in False Creek and the Canada Pavilion in Coal Harbour, now known as Canada Place.

While the third platform remains today, the pedestrian overpass no longer exists.

SkyTrain’s Stadium-Chinatown Station in 1990 (left) and 2020 (right). (About Here/YouTube screenshot) 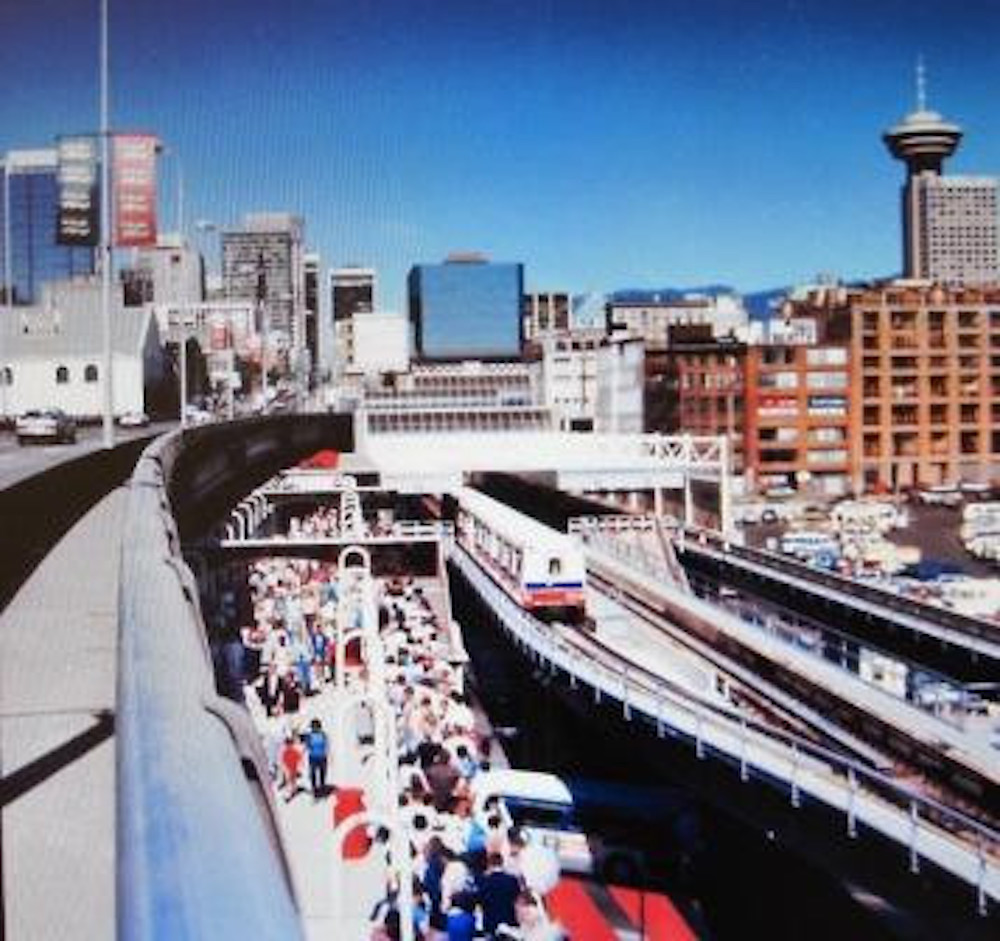 The Expo Line will turn 35 years old on December 11 of this year.