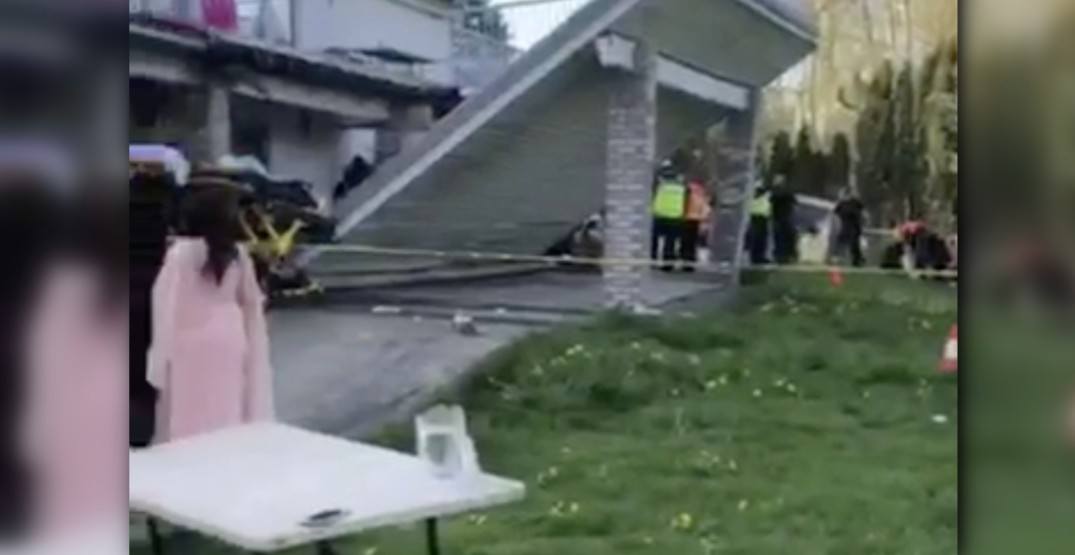 A festive wedding celebration turned into a sudden emergency on Friday evening after an exterior deck collapsed at a home in Langley, leaving dozens of people injured.

According to RCMP, the incident occurred on April 19 at approximately 5:45 pm. Police, BC Ambulance Service, and local fire departments attended the scene at a residence in the 5800 block of 268 Street in Langley, where 100 guests were at the home, gathered for a wedding celebration.

Langley RCMP says that nearly 40 guests–ranging from children to the elderly–sustained injuries. Up to three people were in critical condition, with one being airlifted to hospital, and 12 to 15 of the guests determined to be in serious condition.

The details surrounding the collapse and the cause are still being investigated.

“The primary focus to this point has been on the treatment and safety of those at scene with the investigation being secondary,” said Langley RCMP. “Although the investigation into the incident is in the preliminary stages there does not appear to be any overt criminal actions that caused the collapse.”