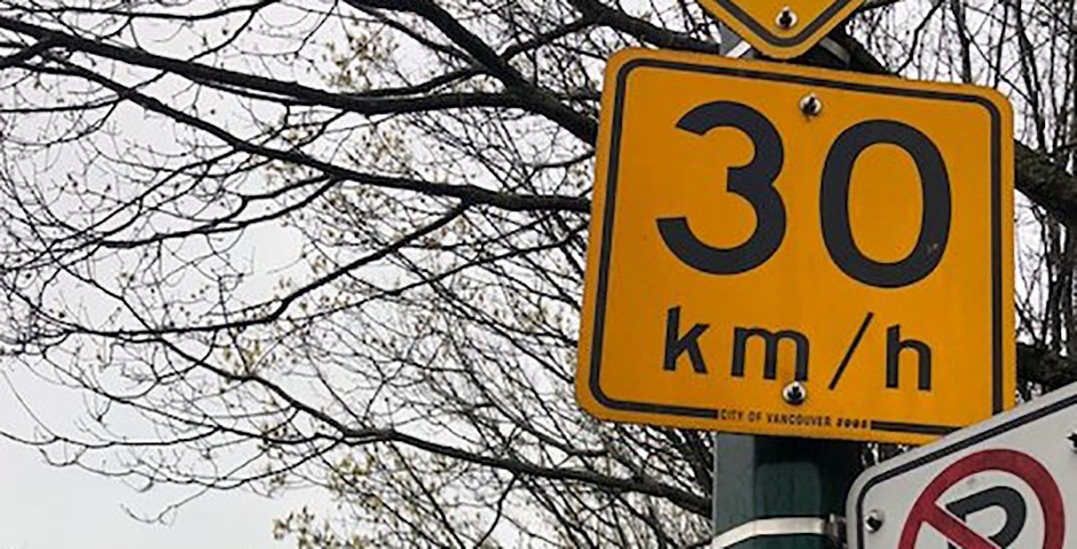 A Vancouver city councillor is making a push for some serious changes to speed limits in British Columbia.

Next week, Pete Fry will be presenting a motion to council to reduce speed limits to 30 km/h on residential side streets.

One of the motion’s main arguments is that the survival chance for a pedestrian struck by a vehicle travelling at 50 km/h is a mere 20%.

Decreasing the speed limit to 30 km/h would increase the probability of pedestrian survival to 90%.

In Vancouver, we already have 30k/h speed limits in school zones, by parks and on designated bike routes for good reason: We know that the probability of death or serious injury is significantly higher at the default speed limit of 50k/h (31mph). Speed kills. pic.twitter.com/ekDwQpYntQ

Fry argues that only the only drivers that ever need to travel at more than 50 km/h on residential streets are emergency responders and at the end of the day, active transportation and livability should trump all else.

Earlier this month, Vancouver marked its fourth pedestrian fatality of the the year, across our province an average of 56 pedestrians are killed each year, thousands are injured pic.twitter.com/dZOQiz4EoX

Should this motion pass, the Union of BC Municipalities (UBCM) would lobby for British Columbia to amend the Motor Vehicle Act and reduce the speed limits on local streets to 30 km/h.

The motion will be presented to city council on Tuesday, April 23, 2019.