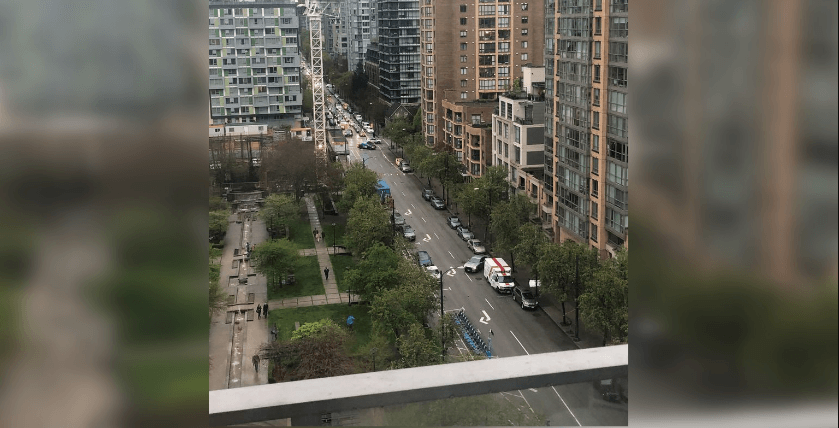 A major road in downtown Vancouver was closed by police during Thursday evening’s rush hour over an unknown incident.

Around 5:30 pm, police shut down a stretch of Richards Street between Davie and Helmcken streets.

Photos taken at the scene show a white tarp on the sidewalk, an ambulance on Richards Street and a large presence of uniformed officers.  A portion of the sidewalk was cordoned off by yellow caution tape.

The road closure caused traffic backups down a large stretch of Richards Street.

Daily Hive has reached out to the VPD for more information… 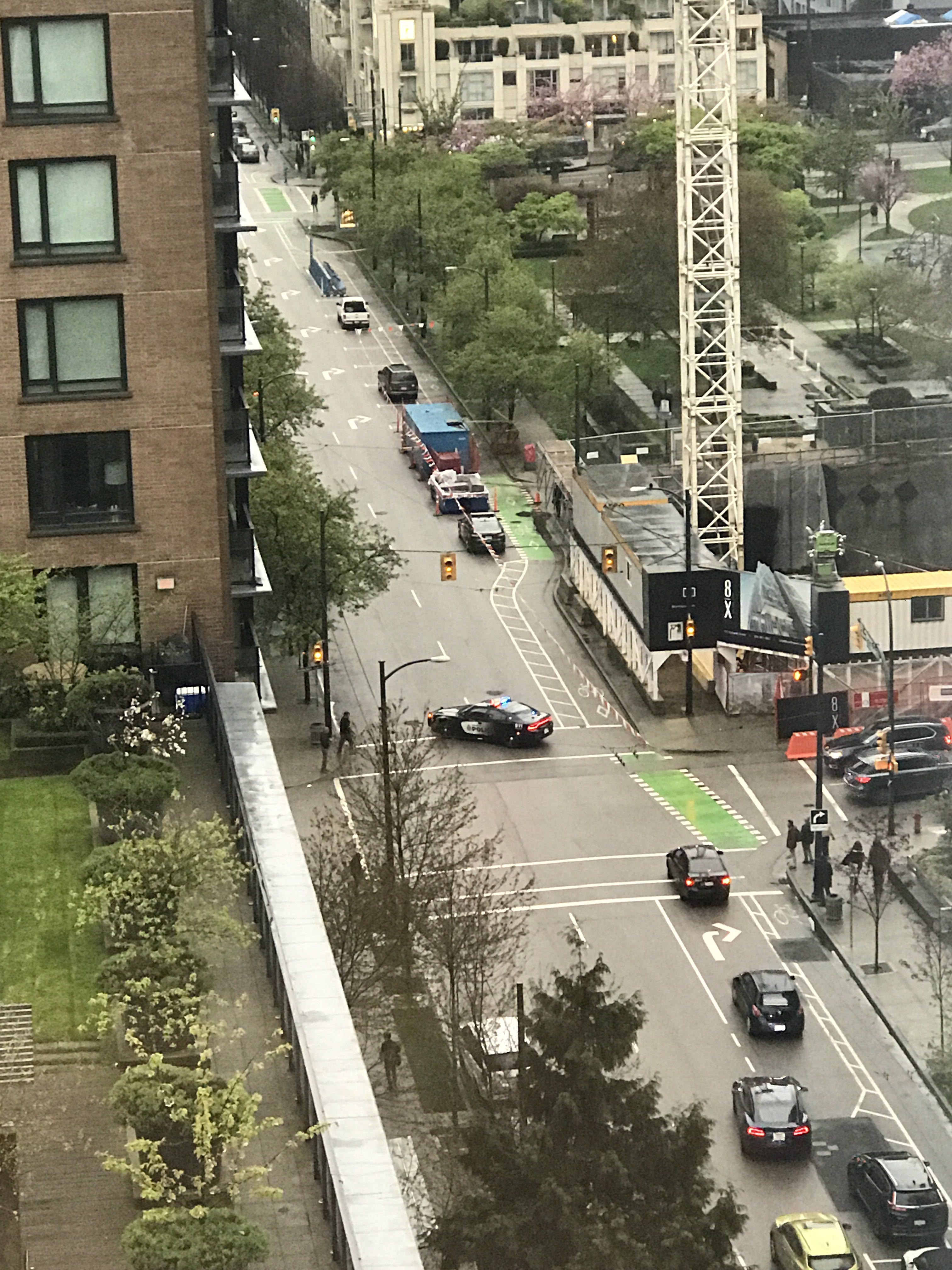