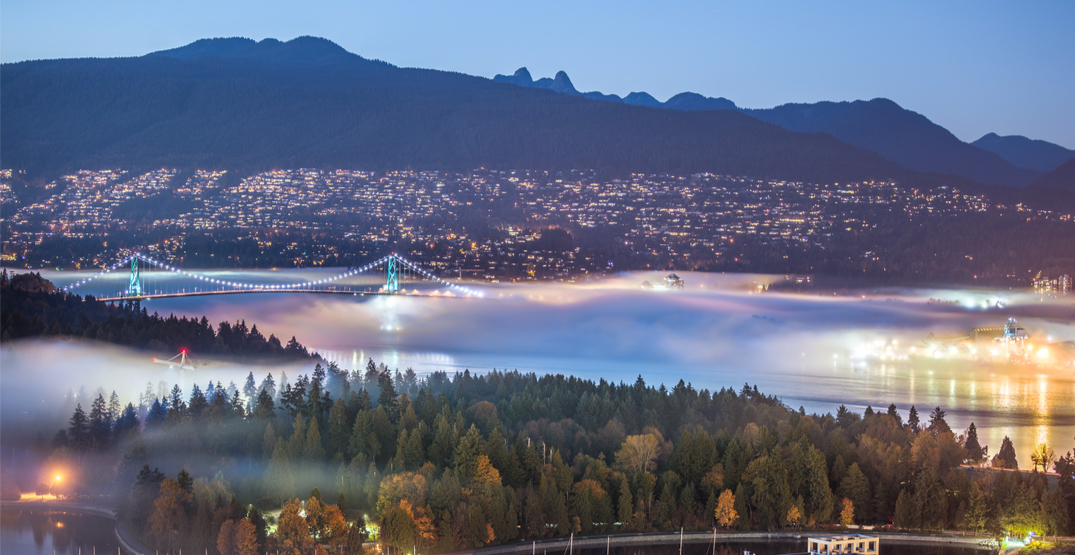 It could be a great night for taking moody photos in Vancouver. On Saturday, January 15, Environment Canada issued a fog advisory for Metro Vancouver.

The special weather statement is in effect for the following regions:

The agency says to expect near zero visibility in areas of dense fog Saturday night as a mild and moist airmass remains over the region.

Then, conditions are forecast to improve by Sunday morning.

When visibility is suddenly reduced to near zero, travel can be hazardous. If you’re driving in the fog, be sure to maintain a safe following distance and make sure your lights are on.

Fog advisories are issued in BC when low visibilities in fog are expected for at least six hours.

The Fraser Valley, West Kootenay, Kootenay Lake, and Boundary regions of BC are also under a fog advisory.