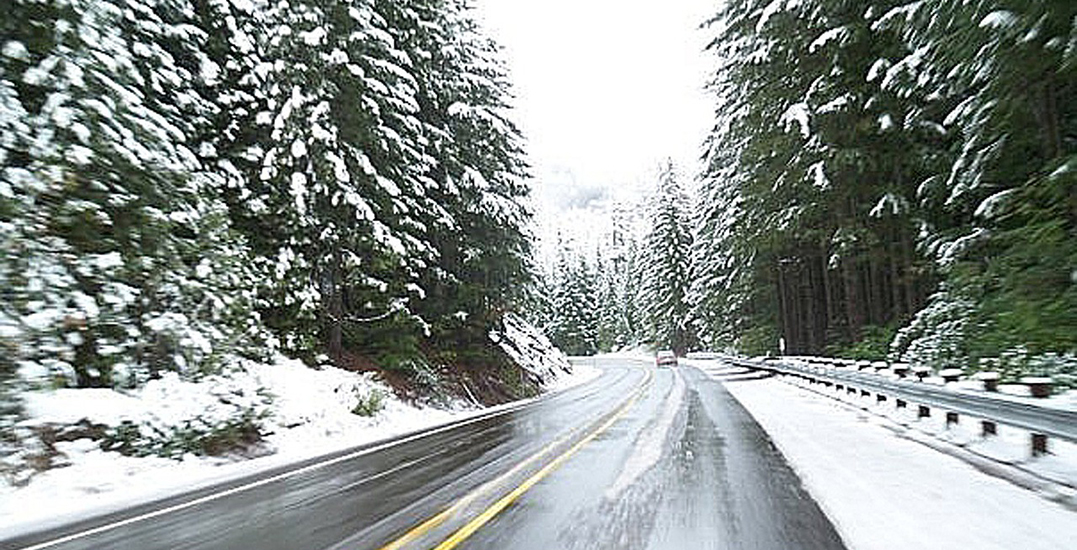 Snowfall is expected to hit some of southern British Columbia’s key highways over the Thanksgiving long weekend.

On Friday afternoon, a special weather statement was issued by Environment Canada, in effect for the following areas:

The expected snowfall is the result of a frontal system moving across BC’s interior.

According to Environment Canada, the system will bring precipitation on Saturday afternoon, followed by snow on Saturday night or Sunday morning.

“The snow is expected to continue through Sunday evening,” the bulletin reads. “Total snow accumulation of 10 to 15 cm can be expected with the highest amounts over higher elevations.”

Drive BC and ECCC Weather British Columbia remind that winter tires or chains are required on most highways and passages in the province.