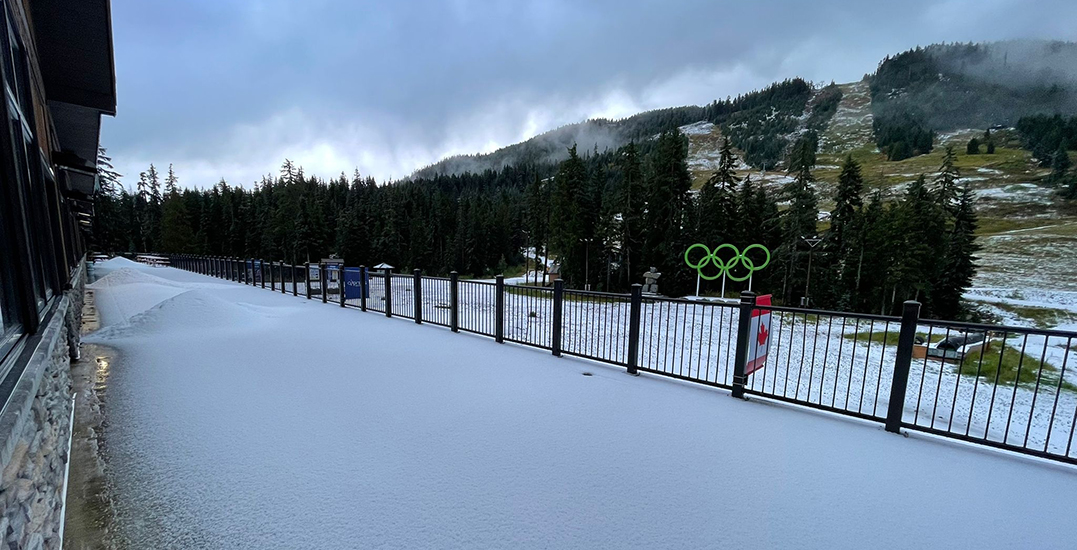 Snowfall reached one of the North Shore’s mountains earlier this week, sparking a glimpse of excitement for the region’s skiers and snowboarders.

Cypress Mountain announced on Wednesday that it had received its first snowfall of the season.

Even though it was a light dusting, it was more than enough to excite the mountain’s soon-to-be visitors.

The early season snowfall appears to be right on time as well. Last year, Grouse Mountain saw its first snow of the season on Thanksgiving Sunday.

According to The Weather Network, this long weekend could bring the coldest Thanksgiving that Vancouver has seen in 13 years. So with some precipitation, don’t be surprised if the North Shore mountains see more snow by early next week.