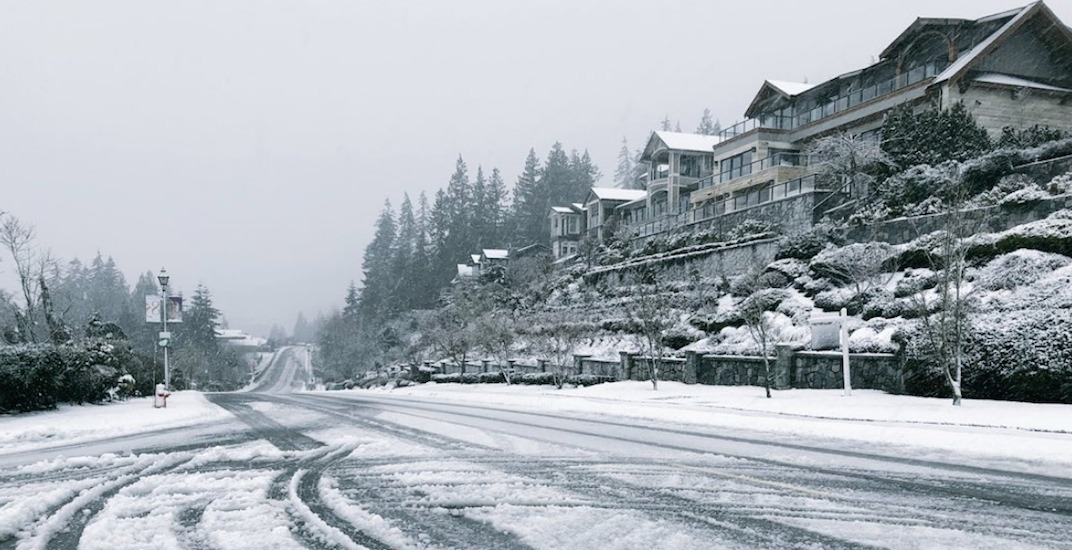 Snowfall in West Vancouver on the morning of February 17, 2018. (Philipp Postrehovsky / Twitter)

British Columbia’s latest round of snowfall is proving to be especially bad.

In fact, according to The Weather Network, this is the worst snow pattern that the province has seen in over a decade.

The weather company explains that this is the coldest, snowiest pattern that British Columbia has seen since December of 2008 and in some cases, the incoming snowfall could be even worse than it was back then.

Unprepared drivers and public transit have already had exceptional issues dealing with Sunday’s afternoon flurries, with TransLink reporting delays of up to 90 minutes.

The next burst of snowfall is expected to come on Monday evening and continue over into Tuesday morning, with up to 15 cm expected in the Lower Mainland.

Stay home if you can, Vancouver.