As Vancouver continues to get used to (aka struggle with) the white fluffy stuff falling from the sky, the city is expected to get even more of it in the next 24 hours.

According to Environment Canada, a snowfall warning is in effect for:

The warning states that a long period of snowfall with total amounts of 10 to 15 cm is expected.

“A second low pressure centre in as many days will give more snow to the South Coast beginning this afternoon and continuing into Tuesday morning,” reads the warning. “This second disturbance will spread snow to virtually the entire South Coast with heaviest amounts falling tonight.”

The weather agency states that the total snowfall amounts will vary across the region with 10 to 15 cm falling in most areas with somewhat higher amounts possible on Vancouver Island.

While the high in Vancouver will be 0°C, expect it to feel more like -12°C with the windchill. 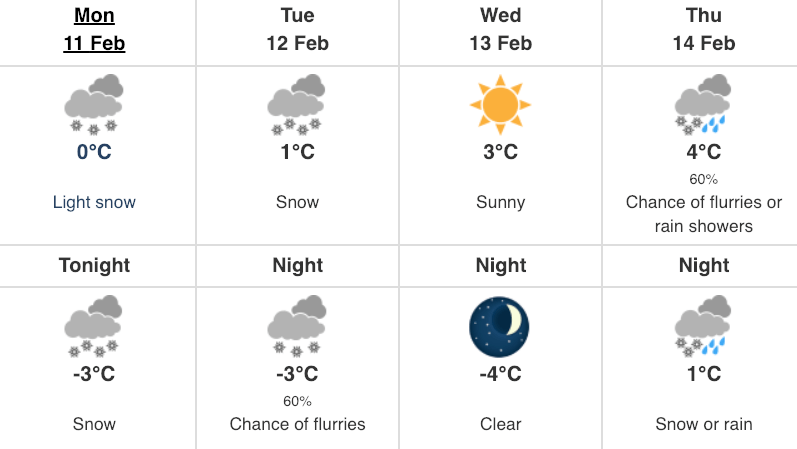