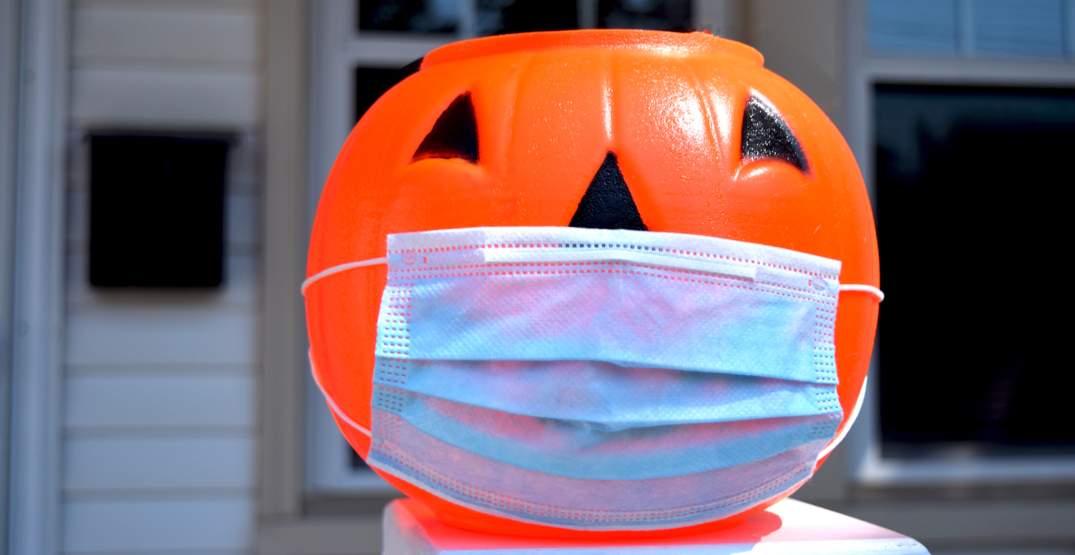 Halloween is just days away, and the weather across Canada is going to be a bit of a mixed bag for trick-or-treaters.

The weather doesn’t have too many tricks up its sleeves, and much of what candy-goers will experience is incredibly on-brand for October, according to The Weather Network.

Here’s what the weather will be like across Canada on Halloween this Sunday.

According to The Weather Network’s forecast, a low pressure system is hovering over most of the country. The Western areas of BC are on the other side with higher pressure which could keep cooler weather at bay, providing a nice day.

Temperatures will vary in the region, with Vancouver and Victoria remaining mild at 10°C and 9°C, respectively. Other areas of BC will stay below the 10°C mark.

Alberta will see much cooler temperatures, with Calgary only forecasted to hit 1°C. Edmonton can expect a high of 3°C.

Yukon, Northwest Territories, and Nunavut will have similarly cold Halloweens, with Yellowknife and Whitehorse at 0°C, and Arviat at -5°C.

The temperature in the prairie provinces is going to be similar to those felt in Alberta, in the low single digits. That said, it’s expected to be a sunny day according to the forecast! Only some parts of the country can forego the Canadian tradition of wearing a snowsuit under their Halloween costume.

In Regina, the thermometres will barely get above 0°C, and Saskatoon will be slightly warmer at 2°C, the forecast says.

Parts of Manitoba should brace for a snowy Halloween this year. Flurries are expected in Winnipeg, where the daytime high could reach 4°C. In Thompson, the high will reach 1°C, according to The Weather Network.

This is where things start to get a bit damp this Halloween season. According to the forecast, Ontario and Quebec will see a real mix of weather throughout the provinces, with sun, rain, and snow all possible.

In Ontario, most cities can expect a mix of sun and clouds throughout the day, with temperatures in Toronto reaching 14°C. Ottawa, on the other hand, will be mild for October but rainy. According to The Weather Network, the rain is expected to pass by the time trick-or-treating rolls around.

Quebec should expect more rain than Ontario, with Montreal expecting rain and a high of 12°C. While rain is forecasted, there’s still a chance it will clear up by the evening!

Similar to the West Coast, the low pressure system could actually lead to some nice weather for those who are out from under its reaches, according to the forecast.

While much of the Atlantic provinces can expect rainy days, Newfoundland will be sunny and mild! The province can expect clear, sunny days with highs of 8°C in St. John’s and 13°C in Corner Brook.

Back to the rain.

Halifax can expect a high of 16°C for the day, while Moncton will see temperatures reach 15°C and Charlottetown will get up to 14°C on Sunday.

Whether you water-proof, winter-proof or COVID-proof your Halloween costume, get outside, have some fun and eat as much candy as you possibly can!