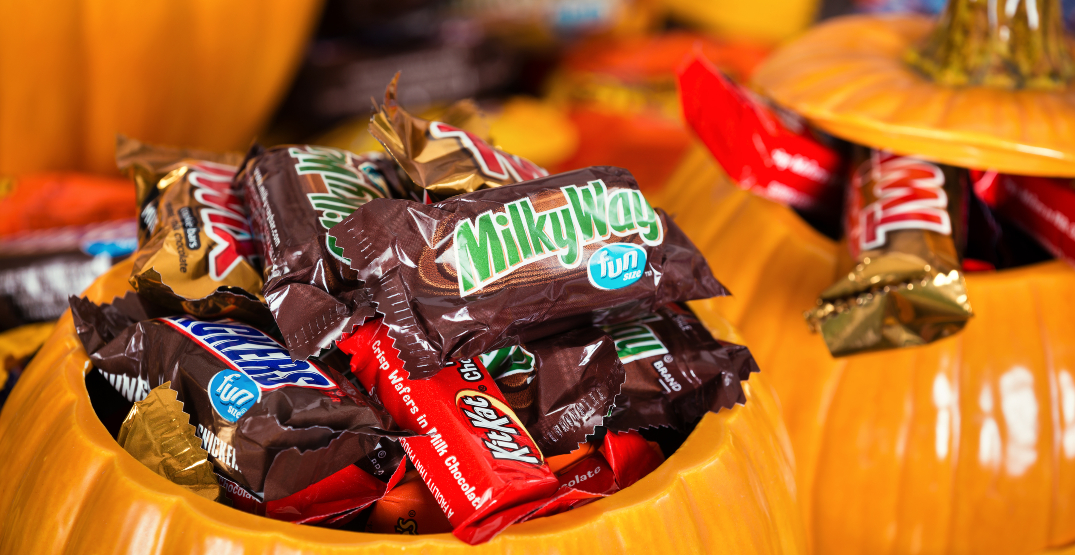 Halloween is the spookiest time of the year, but it’s also the sweetest.

Regardless of which Halloween treat is your favourite, there are some pretty sweet facts that go with them too.

And what’s great about these sweet facts is that you don’t even have to brush your teeth afterward.

Candy Corn has been around since the 1800s

It’s regarded as the most controversial Halloween candy of all time. Hate it or love it, Candy Corn was created in 1869.

Tootsie Roll Inc. has licking machines (yes, licking machines) to determine how many licks it takes to get to the centre, and it ranges between 364 to 411 licks from robots and 144 to 252 by good ol’ humans.

Butterfinger used to have as much caffeine as Red Bull

Butterfinger debuted Butterfinger Buzz in 2009, an energy bar that contained 80 milligrams of caffeine, the same amount as a Red Bull drink.

Reese’s Peanut Butter Cups are named after the inventor

The creator of Reese’s Peanut Butter Cups, Harry Burnett Reese, named the tasty treat after himself in the 1920s while working at The Hershey Company.

64 million tootsie rolls are made every day

More than 44,000 Tootsie Rolls are created per minute, meaning 64 million of these popular candies are made every day.

M&Ms stand for “Mars and Murrie”

Mars and Murrie are the last names of the two businessmen — Forrest Mars and Bruce Murrie — who invented, developed, and financed the popular candy-coated M&Ms chocolates.

Way back in 1897, dentist William Morrison partnered with confectioner John C. Wharton in Nashville, and the duo invented the machine that used centrifugal force to turn sugar into cotton-like strands.

Cotton candy was the result, which was originally called “Fairy Floss” until 1920.

All Sour Patch candies and Smarties products are gluten-free and safe to eat for people with Celiac Disease.

There is such thing as too much candy

According to the American Chemical Society, eating 262 fun-sized Halloween candy bars would poison a 180-pound person.

But fear not, it wouldn’t kill you. Your body would vomit it all up before it became fatal.

M&Ms make 400 million candies per day. According to a study, that’s almost enough M&Ms per day to fill an entire Olympic-sized swinging pool.