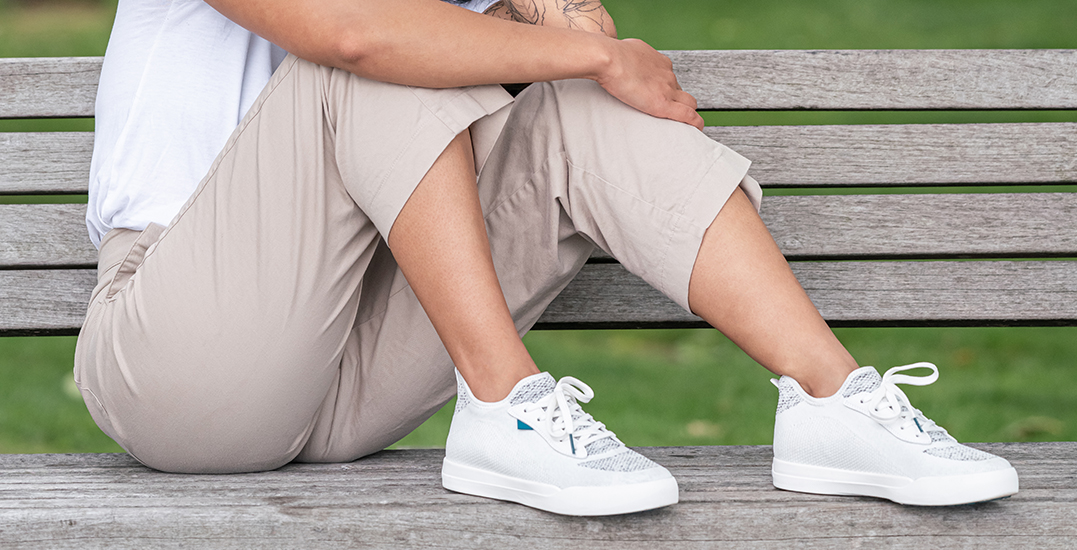 The Weekend, Vessi's latest release and their first attempt at a court shoe. (Vessi)

Vessi has unveiled its latest sneaker and it’s a fresh, creative take on a timeless silhouette.

The Vancouver-born footwear company has become a household name after the launch of the world’s first waterproof knit shoe. The Cityscape and Everyday, the brand’s first two models, were sneakers that were driven by athleisure and designed to take on the outdoors.

Now, Vessi has ventured in a different direction with the release of the Weekend, the brand’s first-ever casual sneaker and their take on the classic court silhouette. 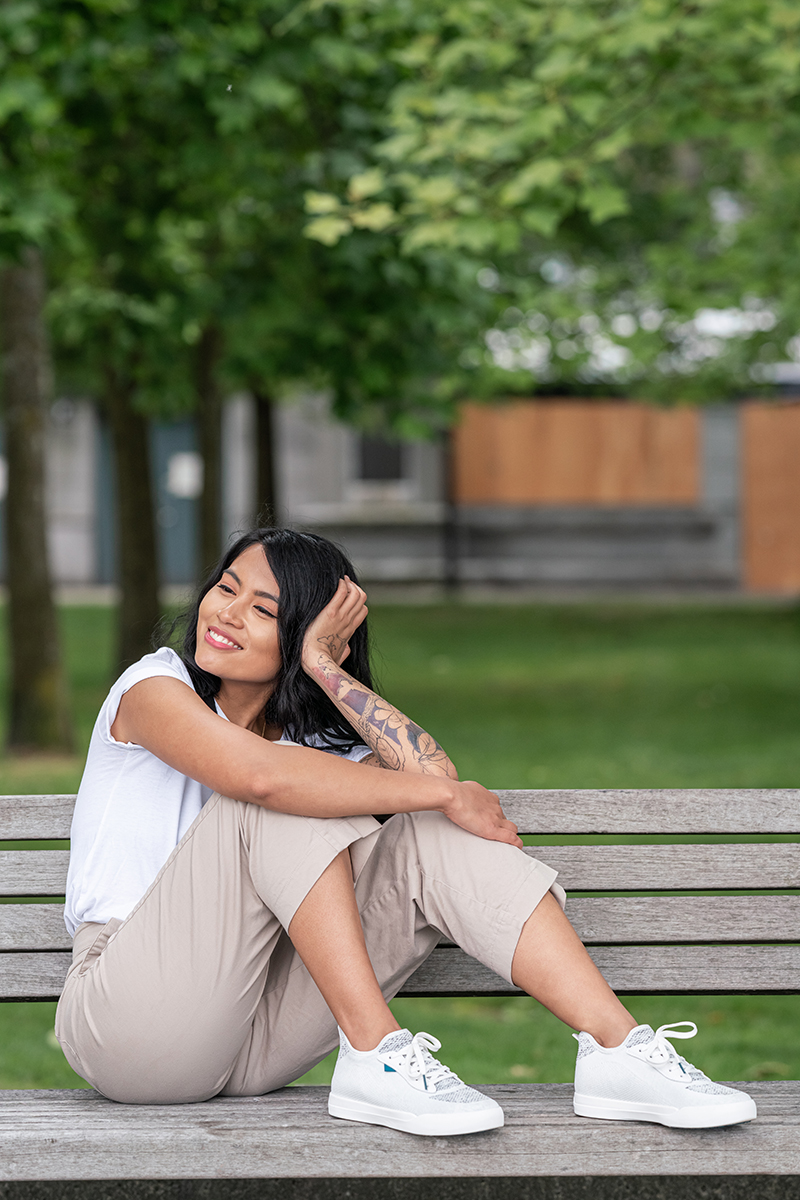 The Weekend, Vessi’s take on a modern court shoe. (Vessi)

“When we were growing up, we always had a couple of pairs of sneakers that we’d wear everywhere and do everything with,” co-founder Andy Wang tells Daily Hive. “The Weekend was really inspired by our love for court shoes.”

The goal, according to Wang, was finding different elements of the court shoe and modernizing them “in a Vessi way.”

In addition to being waterproof and 100% vegan, a new feature is that they’re now machine washable. The Weekend also features a pull tab, which Wang says was a “huge request” from their current fanbase. Vessi also introduced an engineered knit, which, in addition to upgrading the aesthetics of the shoe, allows for them to change the structural design as well. 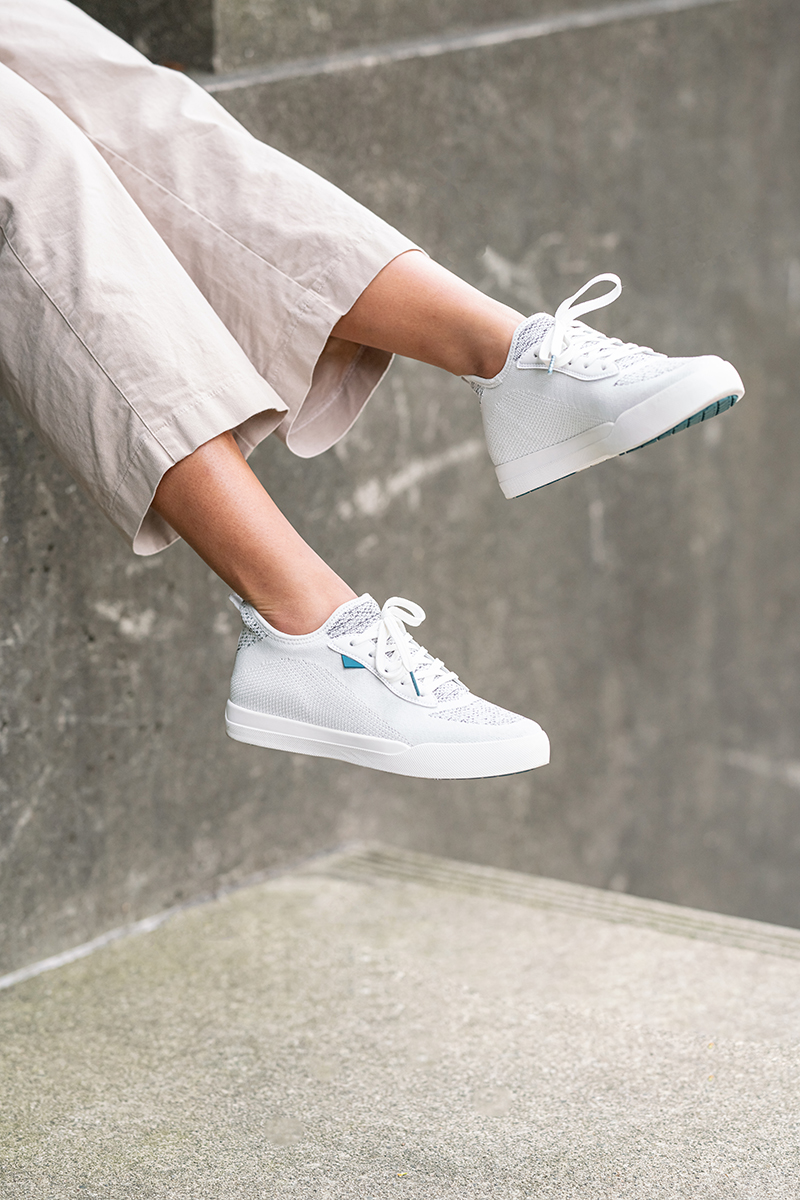 The Weekend in white. (Vessi)

Sam Chian, head of product design and development at Vessi, says that the knit allows them to create “a shoe with different elasticities.”

The knit also allowed the team to incorporate aesthetic features that pay homage to their original models. Part of the Weekend sneaker features a heather knit, which was featured on their first-ever Cityscape model. The triangular knit zone and pull tab also mimics the cage of that same model. 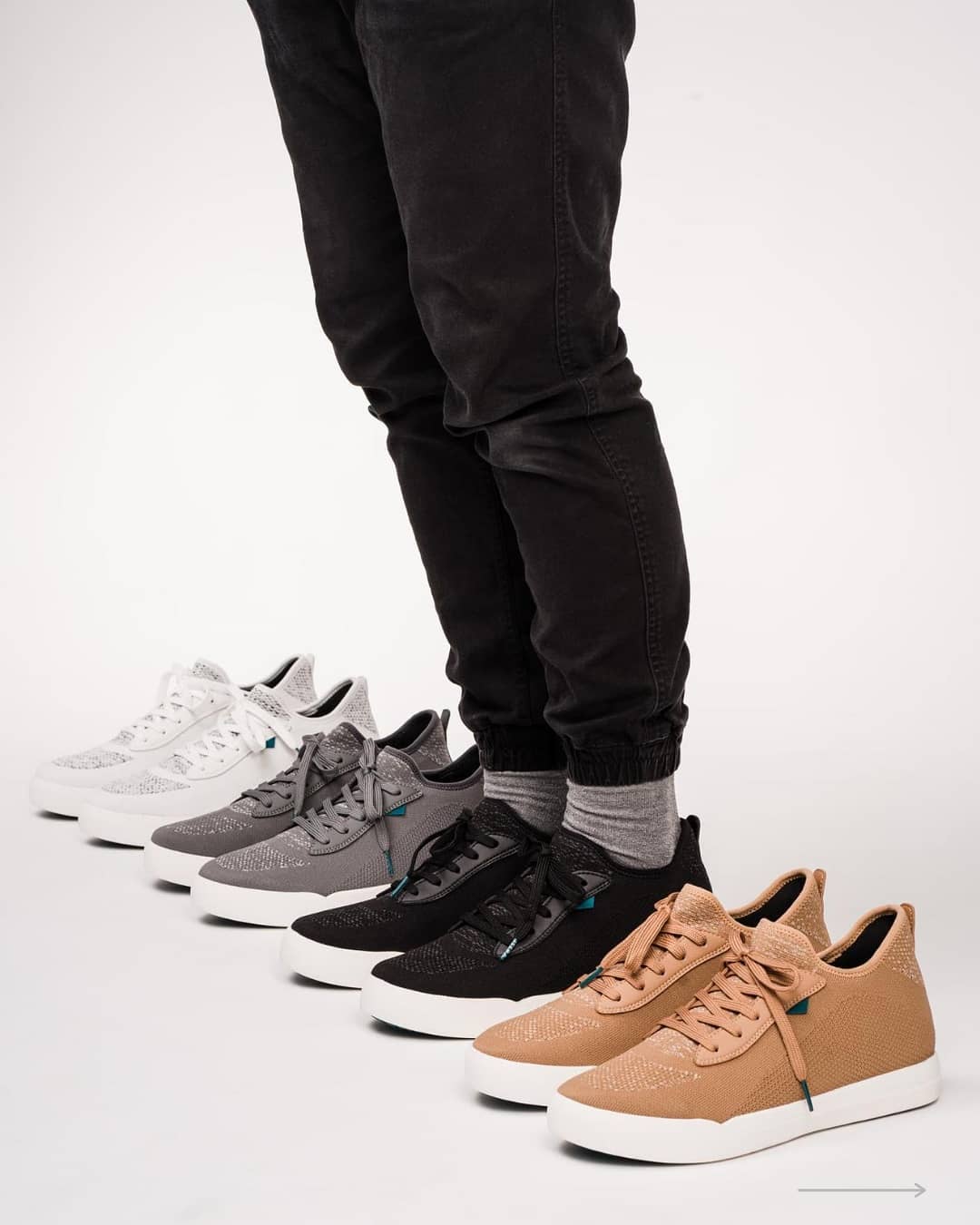 “What most people are familiar with in court shoes is a very minimalistic design that goes with everything,” says Chian. “Being minimal but keeping attention to detail was something we really drove forward. We really wanted to keep our minimal aesthetic since our fans love the subtle design.”

Chian is no stranger to footwear design either. Before joining the team at Vessi, he spent several years honing his craft in Germany with Adidas. He worked on the product creation team for men’s original footwear, as well as a number of soccer collaborations that included names like Ronnie Fieg, Kith, David Beckham, and Messi.

When it comes to the design of the show, however, both Wang and Chian agree that maintaining the timeless look ended up being one of the team’s greatest challenges. 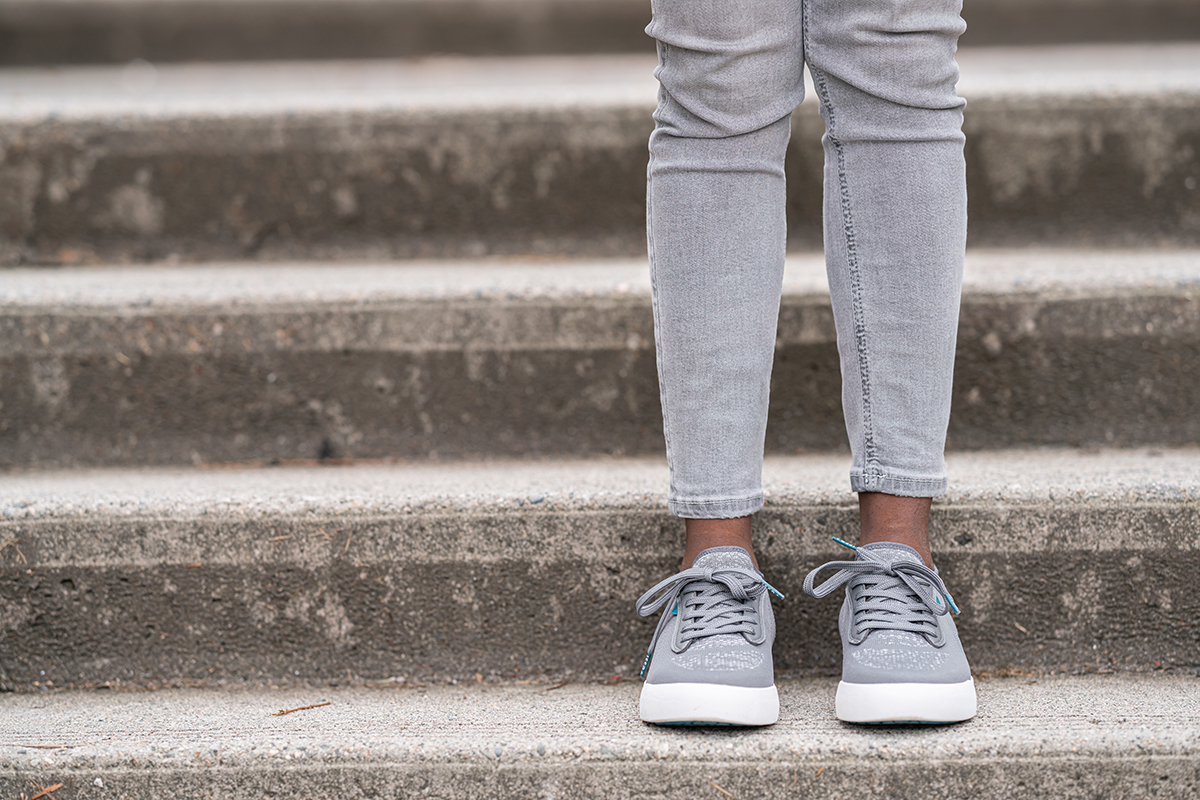 “When you’re touching a classic silhouette, no one wants it to be touched,” says Wang. “When you try and modernize it too much it looks off, or it’s a little too modern and it takes away from the flavour.”

The design process for the sneaker took approximately a year and Wang adds that “it took way more iteration than one might imagine.”

Pre-orders for the Weekend launch today, with orders expected to ship in the fall. The team at Vessi says that they’re incorporating a deposit system, where customers can reserve a pair for $5. Not to mention, all the money taken from deposits will be donated to mental wellness charities, including The Trevor Project, To Write Love On Her Arms, Brain & Behaviour Research Foundation, and the Canadian Mental Health Association. 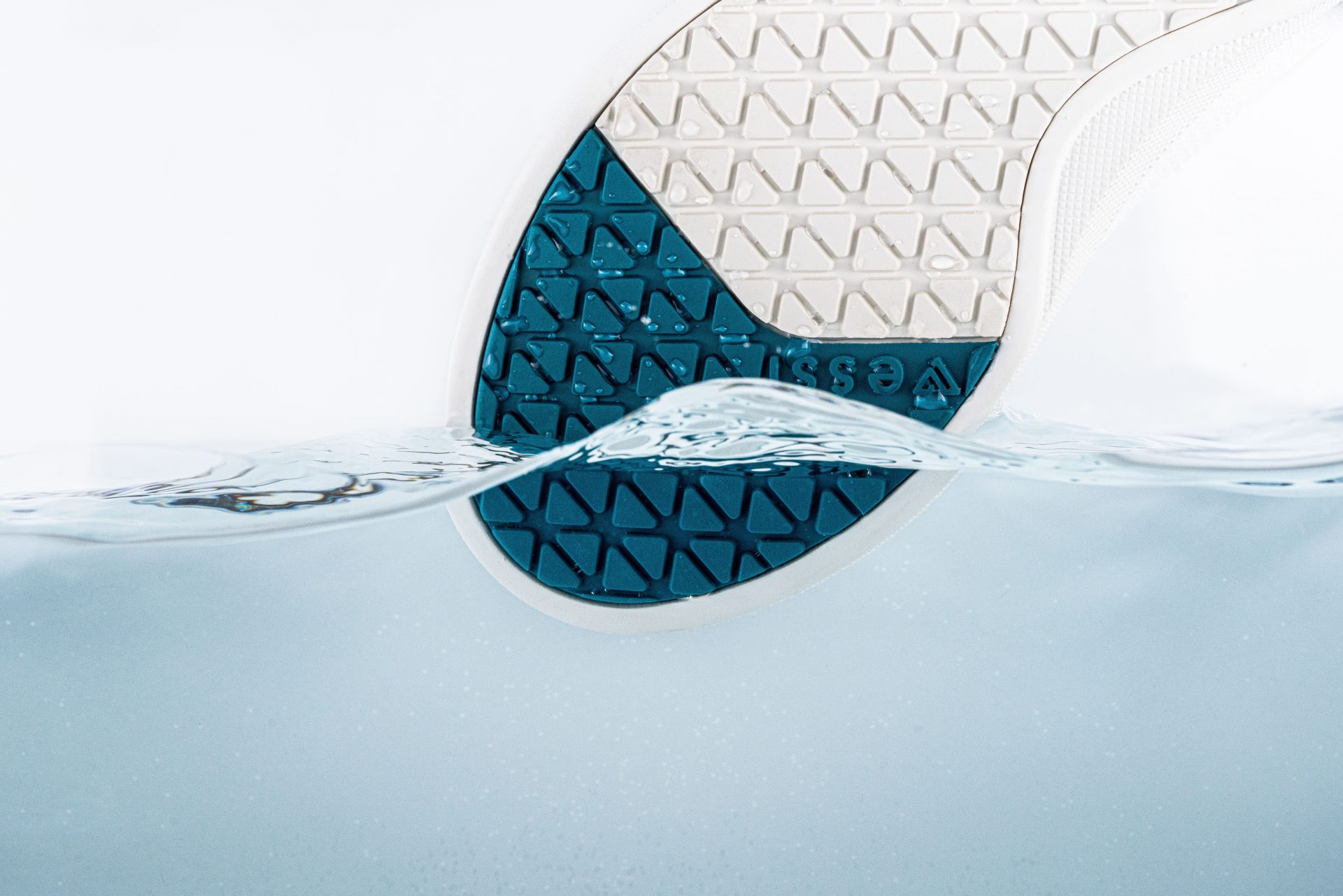 The Weekend comes equipped with a full rubber outsole. (Vessi)

And in addition to ensuring the launch of the Weekend goes smoothly, the team at Vessi says that they have a number of different projects in the pipeline.

“My dream is to have every shoe in a person’s rotation to be a Vessi,” says Chian. “To attack each of the pieces of their collection and have an answer with a Vessi design.”

“I love doing collaborations, new shoes, and for sure we’ve got new colourways. But how we roll that out and bring the community on board — we’re gonna keep that a surprise for now.”

The products in this article have been independently selected by our writers. Daily Hive may earn a small commission from things you buy through our links, at no additional cost to you. Prices are accurate and items in stock as of time of publication.