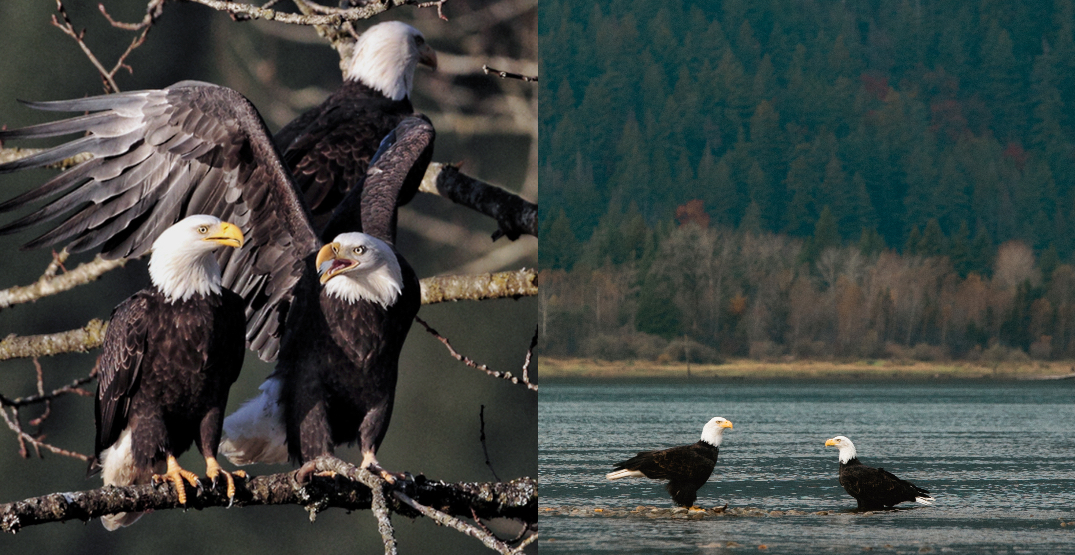 You probably knew that BC was home to spectacular wildlife, but did you know it’s also where the biggest winter gathering of bald eagles in the world takes place?

A brand new festival called Season of the Wild is happening in the Harrison River Valley, less than two hours from Vancouver, to celebrate the return of the salmon and eagles.

The festival runs from October 16, 2021 until January 31, 2022, and features itineraries, events, stays, and experiences that get you closer to the wild.

Salmon spawning season starts in mid-October and attracts tens of thousands of eagles to feast. You can see breathtaking eagles whether you watch from your chair, the trail, or from the water.

While you can catch sight of salmon and eagles from October to January, peak viewing is from late November to early December.

Eagles can have wingspans of up to two metres and weigh more than 15 lbs. While the females are usually a bit bigger than the males, their plumage is identical.

One of the best spots to view them this fall and winter is from Sandpiper Resort because it has wide-open views of the Harrison River. There’s even an Eagle Viewing gazebo at the end of a short walk that takes you through spawning grounds to great lookout spot to watch wildlife. You might also see deer, ducks, and even swans around.

In a release from Tourism Harrison, Ted Swaine, the General Manager of Sandpiper Resort said they were “fortunate to see the thousands of eagles that arrive every year and are expecting another banner year.”

You can learn more and find ways to join in on the Season of the Wild website.