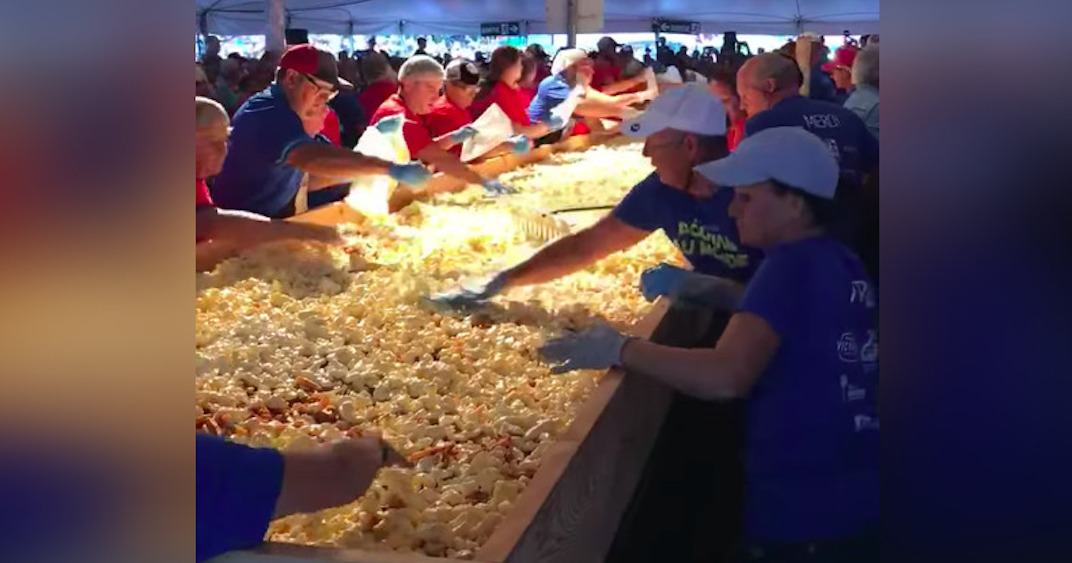 Warwick Quebec is trying to get its name on the map through the use of cheese curds, gravy, and fries.

The small town, located 190 kilometres outside of Montreal, had three of its cheesemakers on hand as they joined forces to make the biggest poutine the world has ever seen (and eaten).

With a Guinness World Record official on hand and the help of 40 deep fryers, an 18-metre table, and over 2,200 pounds of cheese, the community put together a poutine that weighed-in at an astounding 6,688 pounds.

The giant take on Quebec’s iconic dish was put together with three local cheesemakers, Fromage Warwick, Fromagerie du Presbytère, and Fromagerie Victoria along with hundreds of volunteers.

Following the impressive weigh-in, the poutine was dished off and sold to hundreds of hungry Quebecers who made the trip to sample the giant trifecta.

Guinness World Records has yet to officially announce whether or not the record had been achieved.

Until then, dive into these tasty videos showing off the impressively greasy feat.