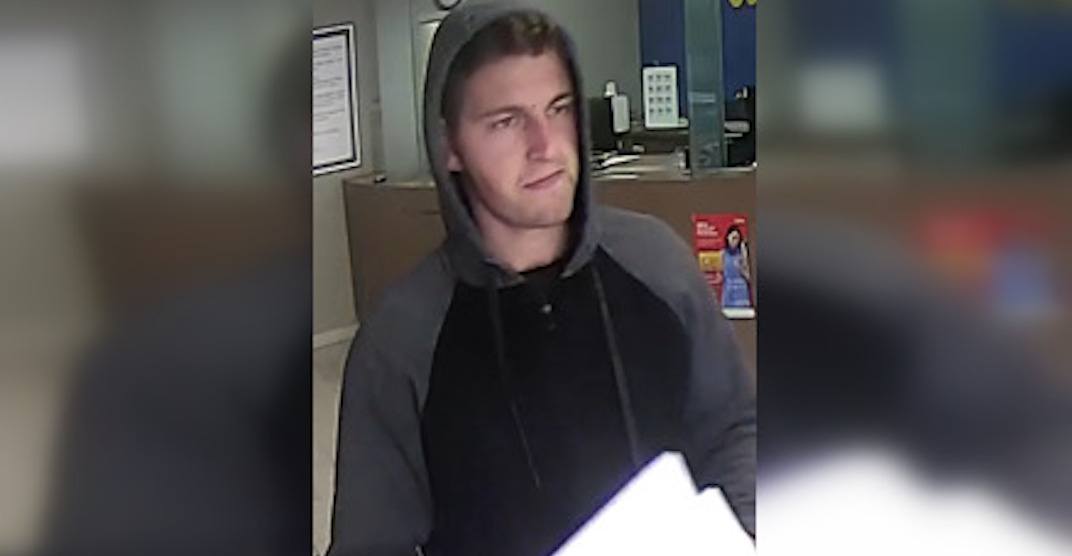 Vancouver Police have identified two men in relation to the robbery of a senior in Vancouver last month.

The two men from Richmond have been charged in the robbery that took place on Commercial Drive in April, but police are still searching for one of the suspects.

Duncan McCaffery Fowler, 25, and Coleton Reid Szalay, 23, of Richmond have each been charged following a VPD investigation.

The men were identified after VPD released video and images of two suspects in the robbery of a 77-year-old Vancouver man, who was followed from a payday loan store near Commercial Drive and North Grandview Highway on April 28.

Fowler was arrested in Richmond on May 23 and has since been released pending his next court appearance.

Police are still looking for Szalay, who is now wanted Canada-wide, and a warrant has been issued for his arrest.

Anyone with information about Szalay’s whereabouts is asked to call 9-1-1 immediately. Anonymous tips can be made to Crime Stoppers at 1-800-222-8477.