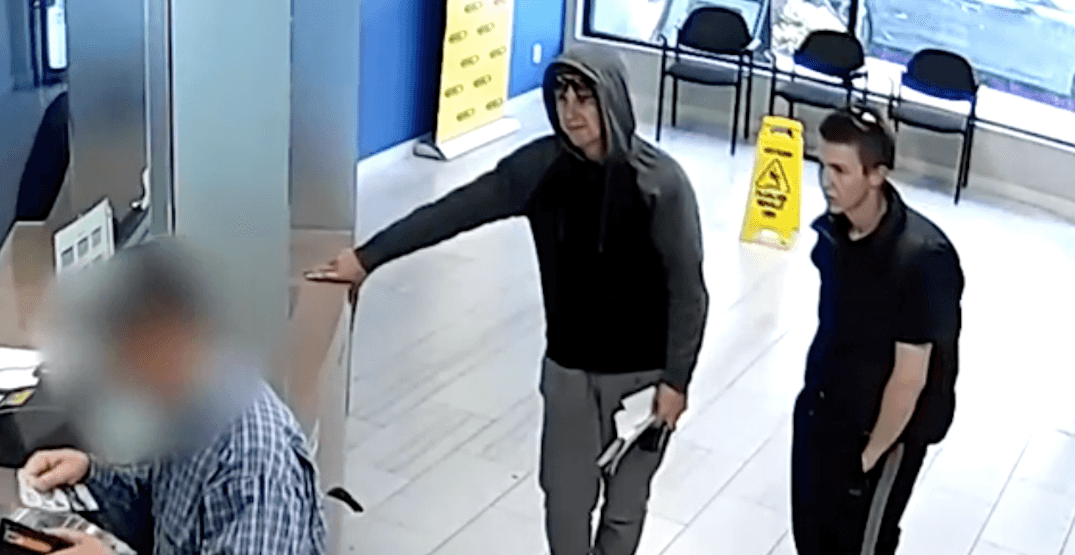 Police are looking to find and identify these two men. (VPD video screencap)

Vancouver Police are asking for the public’s help in identifying two suspects who allegedly knocked a senior citizen to the ground and robbed him last month.

In a release issued on Thursday, police said the incident took place on April 28, around 4 pm, in the area of Commercial Drive and North Grandview Highway.

“This appears to be a violent and targeted attack on a vulnerable member of our community,” said VPD Const. Steve Addison. “We would like these men to come forward, or for anyone who knows them to contact police, so we can talk about what happened.”

From there, the suspects allegedly followed the senior into a grocery store, pretended to shop, and then knocked the 77-year-old victim to the ground, after he left the store.

The suspects then fled with the senior’s wallet, cash, and identification.

Although the victim was hurt in the incident, police described his injuries as non-life-threatening.

As part of their investigation, police have now released security camera footage of the two men they believe to be responsible in the incident.

“We would like the people responsible for this crime to do the right thing and turn themselves in,” said Addison.