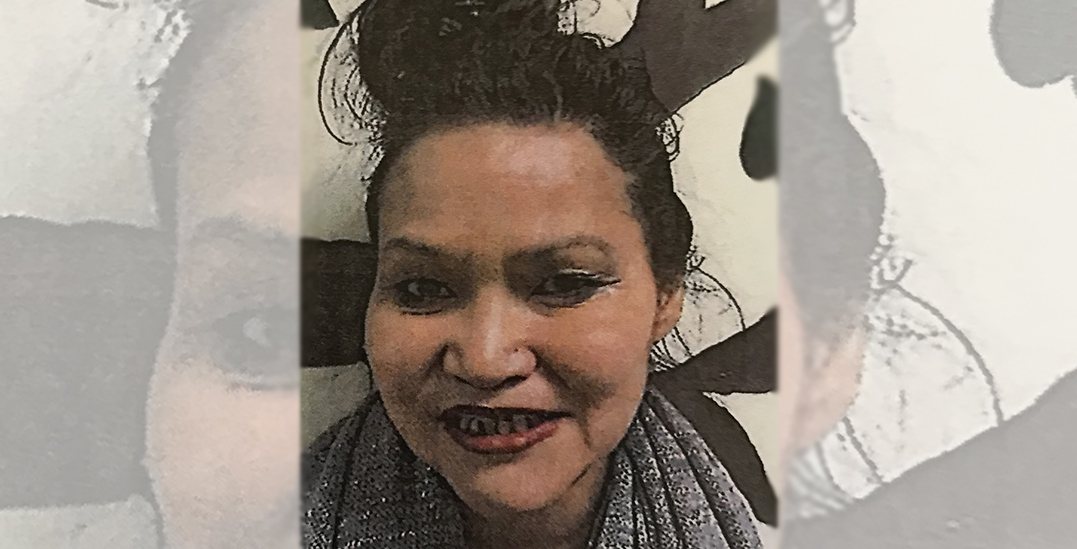 Update: Coquitlam RCMP have announced that 46-year-old Barbara Tom has been located and that she is safe and sound.

Tom was reported as missing on Sunday, June 23.

Her disappearance was reported as an unauthorized absence from the Brookside Treatment Centre at Riverview Grounds.

The 46-year-old female is now wanted on a warrant for being unlawfully at large.

Tom is described as being First Nations with long black hair and brown eyes. She’s 5’4″ and 120 lbs.

She was last seen wearing a grey hoodie, a white puffy jacket, and dark grey pants.

Anyone who encounters Tom is warned not to approach her.

Police ask that any sightings are reported immediately to the nearest police. Anyone with information in regards to Tom’s whereabouts can call the Coquitlam RCMP at 604-945-1550.