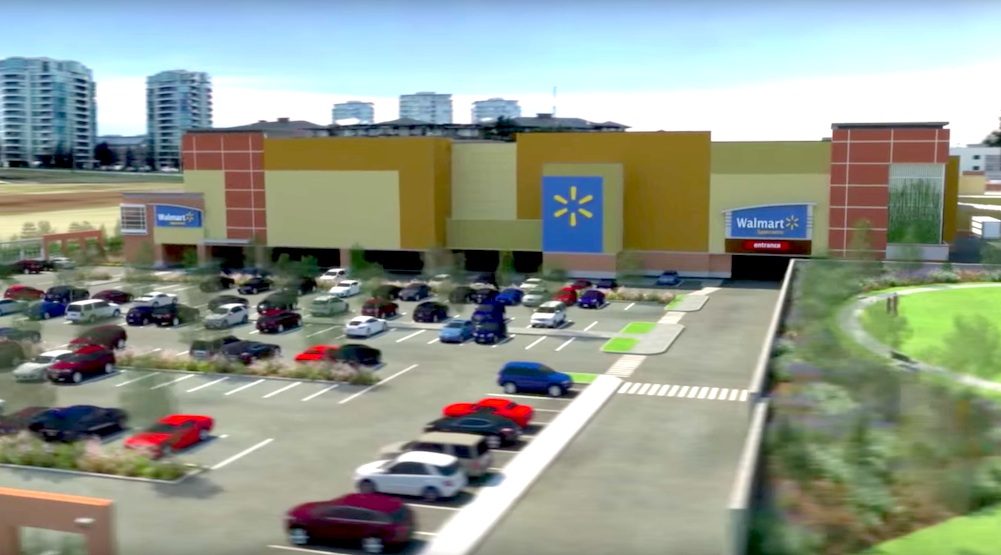 Metro Vancouver’s retail options are set to expand even further when a new major shopping centre, anchored by a number of big box stores, opens its doors in North Richmond this Thursday.

The 372,000-square-foot ‘Central at Garden City’, also known as Smartcentres Richmond, is located at a 16-acre site on the northeast corner of Alderbridge Way and Garden City Road, just one block east of Lansdowne Centre and adjacent to the Garden City Lands.

Nearly half of the outdoor shopping centre will be occupied by a 163,000-square-foot Walmart Supercentre store, which will be the multinational retail giant’s first foray into the municipality.

“We are very excited to open the store in time for the holiday season and look forward to proudly serving our customers in Richmond who appreciate and rely on Walmart’s low prices every day and one-stop shopping convenience.”

Many of the 53 retailers will be ready to open tomorrow, and other major retailers include Bed Bath & Beyond, Marshalls, and DSW Designer Shoe Warehouse. 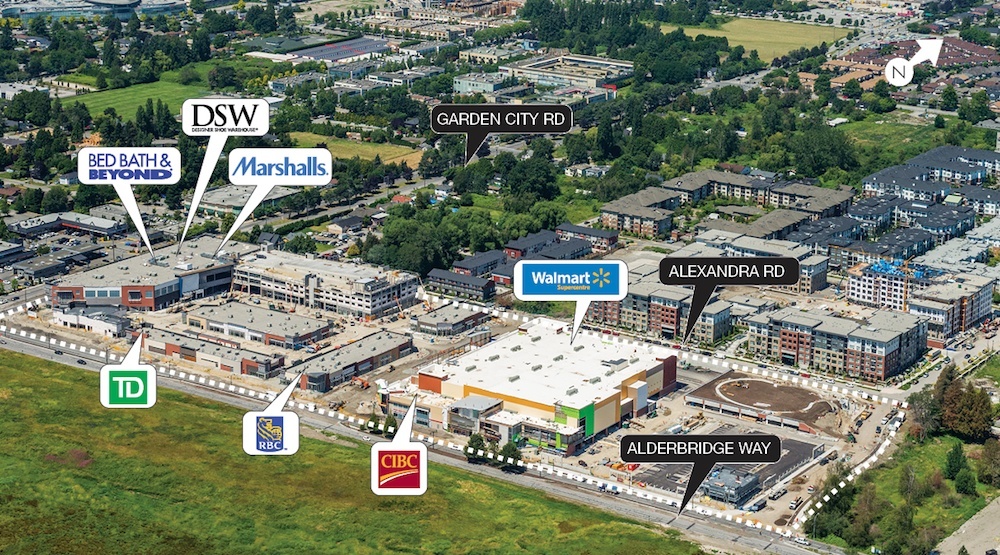 Portions of the shopping centre are built in two-storey structures to reduce its footprint, such as placing parking space and additional retail on the rooftop of the west side structures and slotting in parking on the ground level of the two-storey Walmart buildings – similar to Richmond’s IKEA and Superstore locations.

Nearly 1,000 jobs will be created by the new shopping centre, of which about 25% will be from Walmart.

However, the new shopping centre’s construction hasn’t been without controversy. Built on partially treed lands, the shopping centre was only granted approval by Richmond City Council in 2013 after almost a decade of public consultation.

The shopping centre’s owner and developer, SmartREIT, is also responsible for three other big box malls in the region: Queensborough Landing in New Westminster and two other Smartcentres in Surrey.

In 2005, Walmart proposed to build a major store on Southwest Marine Drive in South Vancouver, but the then COPE-dominated City Council rejected the plan citing environmental concerns of such big box stores and potential traffic congestion. A revised big box mall proposal for the site without Walmart but with other retailers like Canadian Tire, Best Buy, Sport Chek, Mark’s and Marshalls was later approved and built.

There is only one Walmart within Vancouver city limits, located at Costco’s former building on Grandview Highway near Boundary Road in East Vancouver.