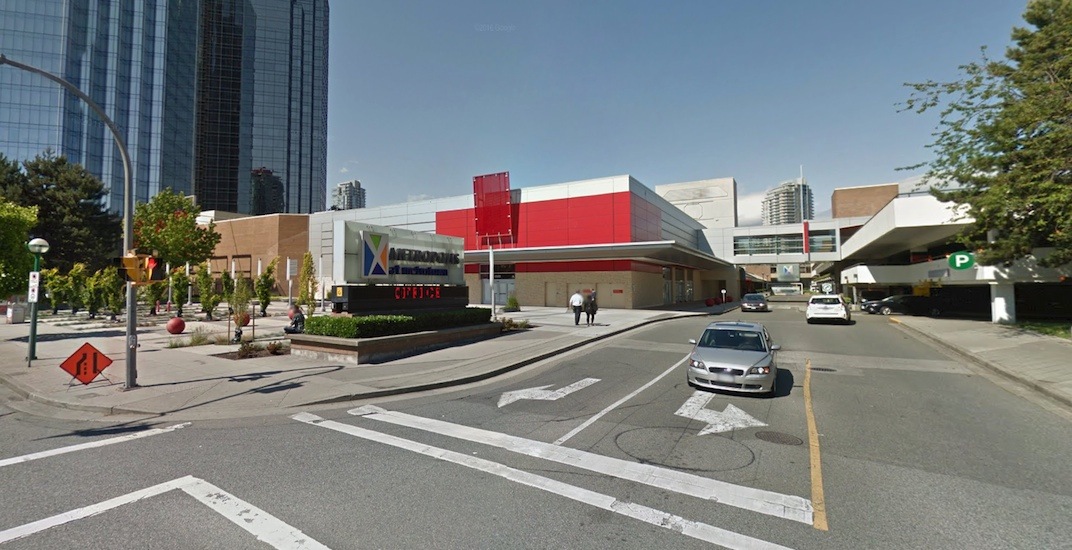 After about three years of being left vacant, a large store space at Metropolis at Metrotown shopping centre is set to become a new Walmart Supercentre store.

The store will occupy the 117,000 sq. ft. space of the former Target store, which closed in 2015 after the chain’s brief nationwide expansion.

It is located within the eastern wing of the shopping centre, with Central Boulevard as its nearest street. The street front entrance built by Target, which provides a more direct route to SkyTrain’s Metrotown Station, will be utilized as a secondary entrance.

The new store at Metropolis at Metrotown is set for a fall 2018 opening.

This shopping centre is already home to two large supermarkets – Loblaws’ Superstore and one of T&T Supermarket’s biggest locations in the country. There are also two other grocery stores in the vicinity, including a PriceSmart within the adjacent Station Square redevelopment and a Save-On-Foods at the northwest corner of the intersection of Kingsway and Willingdon Avenue.

Across the Lower Mainland, there are 20 Walmart store locations, including one other location in Burnaby within Lougheed Town Centre.