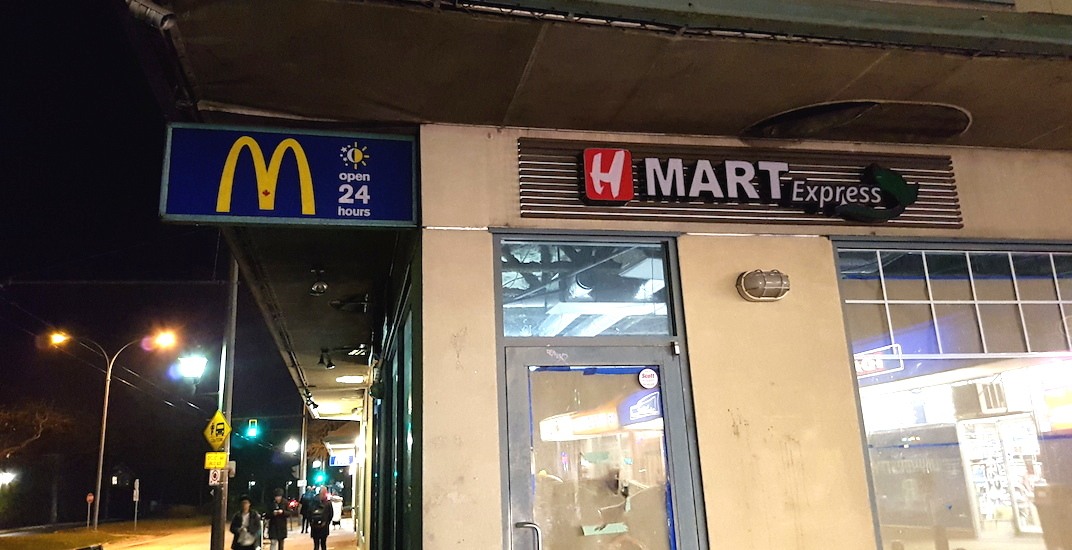 H-Mart is making a big push into the Vancouver Westside neighbourhood with the opening of two new stores by the end of the year.

Staff with the chain also told Daily Hive another location will open on the University of British Columbia campus possibly by the end of the month. But it will be a H-Mart Express, which is a smaller concept store with a selection of grab-and-go foods and products.

The UBC store will be at 5728 University Boulevard, taking up the small 1,800-sq-ft retail unit previously occupied by Student Lucky Market convenience store – near the campus’ McDonalds. It will likely be a perfect fit for UBC’s growing Asian student population.

With the two store additions, the chain will now have eight locations in Metro Vancouver, including stores at North Road in Coquitlam, downtown Vancouver, Port Coquitlam, Richmond, and Langley. Its store at Barnet Highway in Coquitlam is an Express concept.

Most of the American-based company’s locations in the region are generally smaller than the stores in the United States, which can be as large as 45,000 sq. ft.