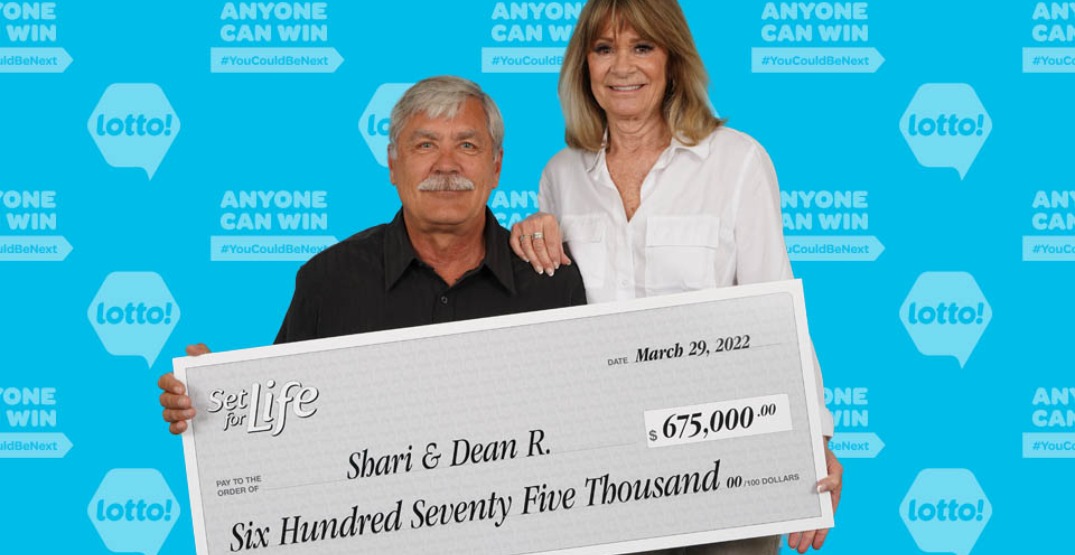 A score was in store for Shari and Dean Rainkie on March 31 when they decided to drop by the Eagle Landing Parkway Walmart to get a bathing suit for their granddaughter.

They just so happened to pick up a Set for Life ticket while they were there, and it ended up winning them the top prize of $675,000.

“If it wasn’t for my granddaughter needing a new suit, I never would have bought the ticket,” Shari said.

Good thing the kid didn’t have something to swim in already!

Set for Life is Shari’s favourite lottery game, so she’s still reeling from discovering that she’s a winner.

“I was upstairs, and the ticket sat there for three hours,” she said. “I was just so excited…I didn’t know what to think.”

Eventually, she told Dean, who scanned the ticket with the Lotto! app.

Once the reality of their situation sank in for them both, he says the feeling was “exhilarating.”

Of course, they’ll be sharing some of the money with their family and planning legendary group trips for the whole crew.

“It’s nice to be able to share it with the special people in our lives,” Dean said.

Learn more through BCLC at Playnow.com.