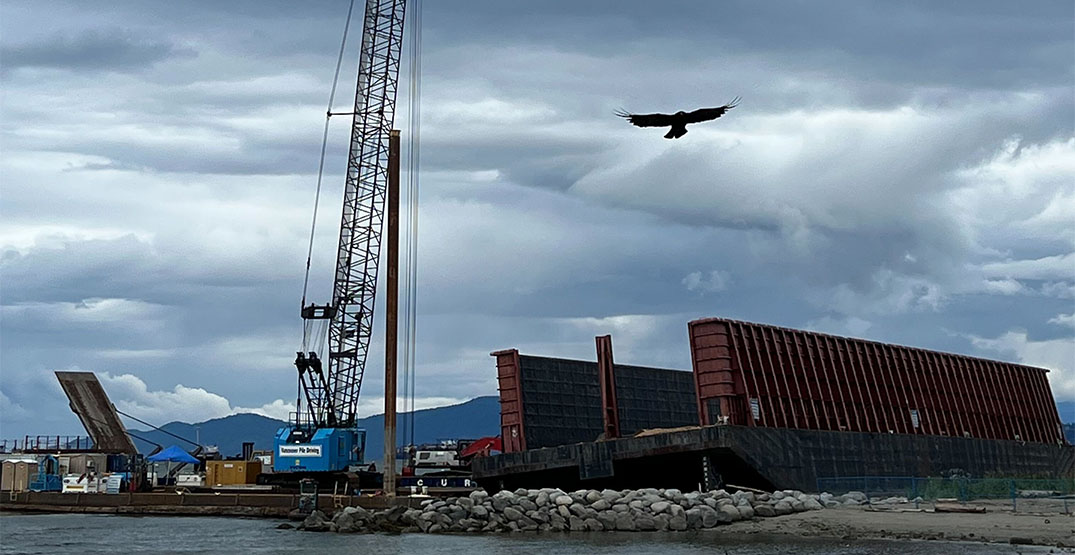 Deconstruction work on the English Bay Barge made some noticeable progress this week, with crews removing one of the vessel’s orange walls.

The three-walled barge is still lodged on the rocks at Sunset Beach (or Barge Chilling Beach, as it’s still called on Google Maps) while a crane on a platform sits nearby to perform further deconstruction. 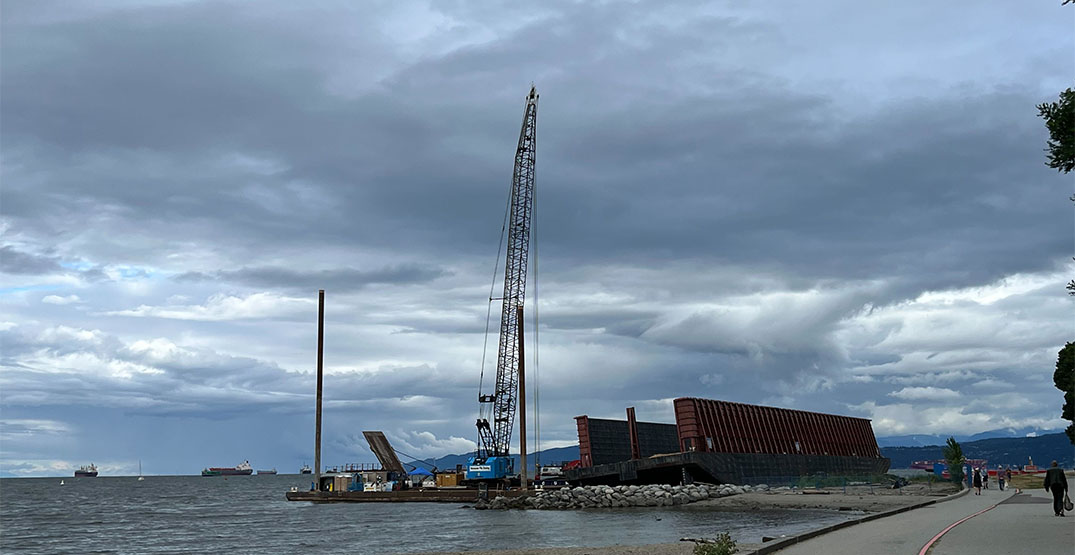 Vancouver Pile Driving is the company in charge of taking the barge apart piece-by-piece, after multiple failed attempts to tow it away. The barge blew in during the record-breaking atmospheric river storm in November 2021 and has captured Vancouverites’ hearts ever since.

There’s a 24/7 livestream of the deconstruction process available on YouTube and at least two Twitter parody accounts dedicated to the stray boat.

And yes, they did notice the wall being removed at the end of July.

nah i just put on my assless chaps for pride weekend https://t.co/PjBBfE9cgN

The full barge deconstruction process is estimated to take 12 to 15 weeks, and Vancouverites will certainly be watching closely.