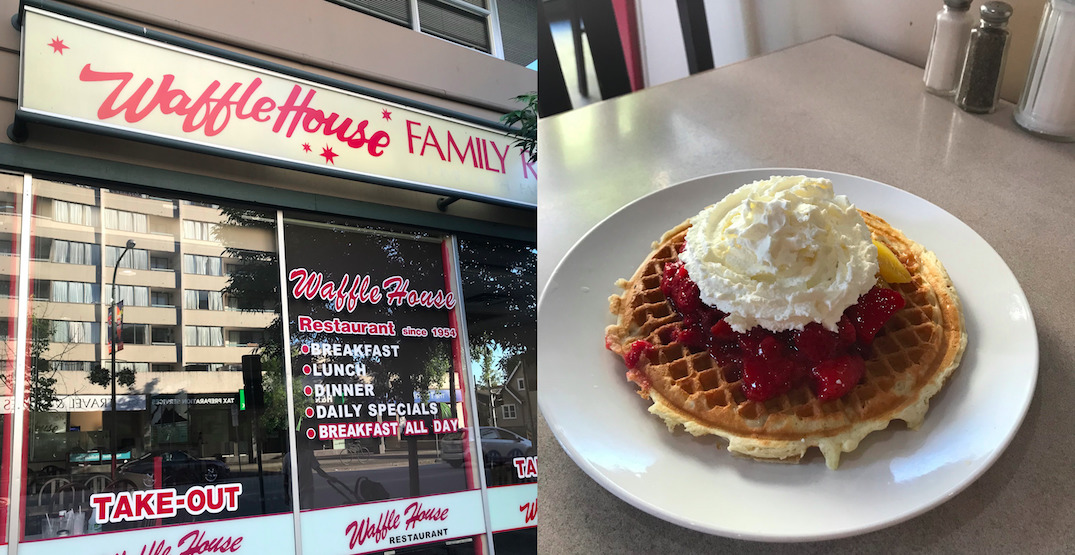 This city is full of hidden gems with complex, intriguing histories – you just have to know where to look for them.

New Westminster’s Waffle House Restaurant is such a place.

The unassuming breakfast spot, now located at 636 6th Street, is on one of New West’s busier uptown streets in a two-storey building. Walking by, you’d never know the fascinating history of this place or, more specifically, the incredible woman who first founded it.

Waffle House was started by Susan Chew in 1954, a Victoria-born Chinese woman who made a name for herself in more ways than one.

According to an extensive interview conducted by the Chinese Canadian Women project and the Multicultural History Society of Ontario back in 2009, Chew was born in 1927 and grew up helping her parents on their farm.

As a young woman, she left home to open the Handy Fruit Market in New Westminster before opening up Waffle House in 1955, which was originally located at the corner of 6th and 6th – just a block away from its current location.

She started by buying bags of waffle mix, which, she recalls in the interview, were really awful. After noticing people throwing their waffles away, she started playing around with recipes, eventually coming up with something she called the “Jiffy-Wiffy Waffle.”

The restaurant remained in the family for 50 years, with her sister and then her nephew taking it over before it was sold to another family. 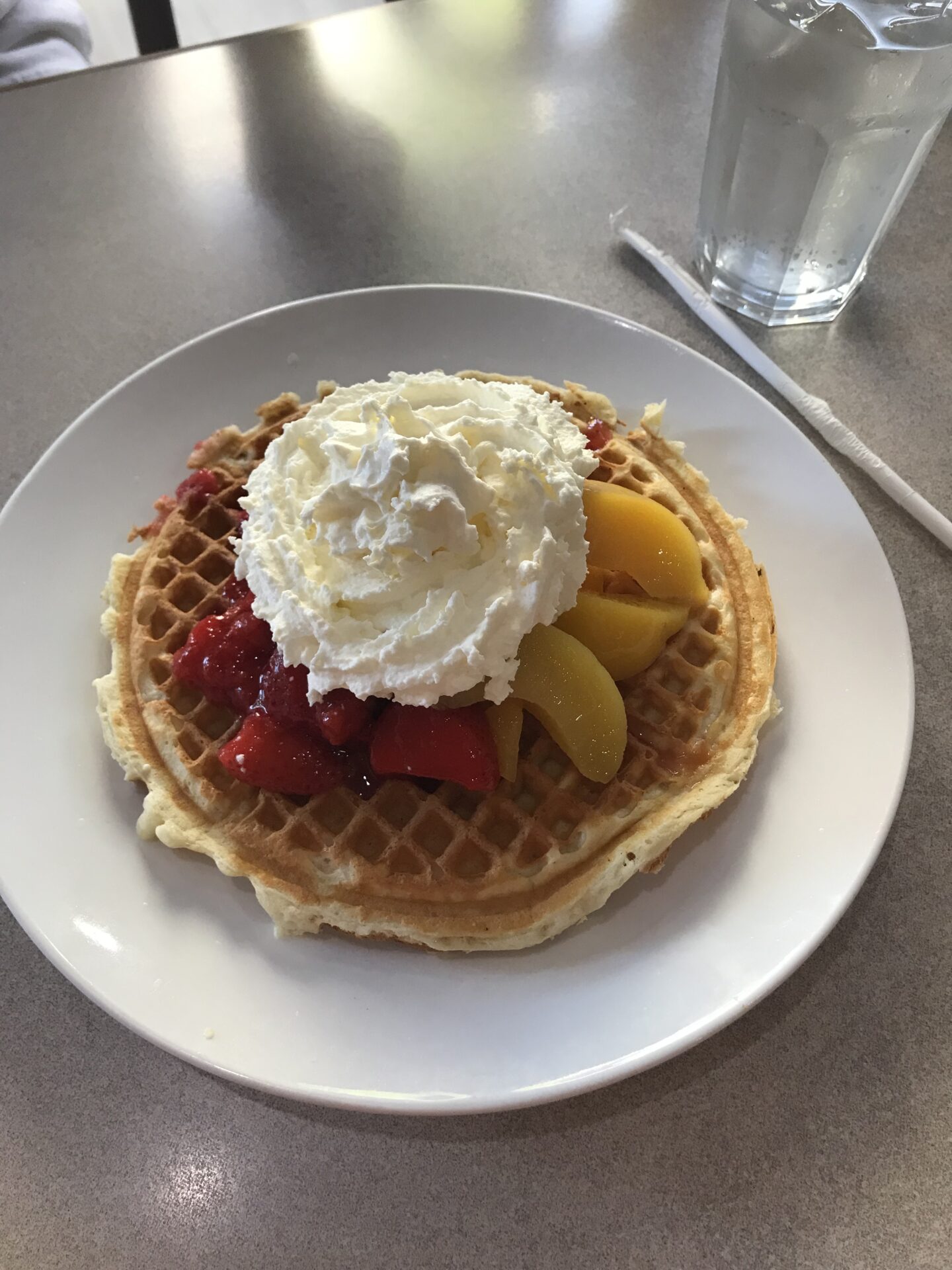 While her time as a restaurateur may have been brief, Chew went on to have an incredibly varied and full life – a life she regularly shared about on her own blog. She worked as a fashion model, a professional hula dancer, and a travel agent, and she volunteered as a Cub Master for the Boy Scouts of Canada.

Her name made headlines in 1956 when a building manager in New Westminster refused to rent to her because of her Chinese heritage. After much public uproar decrying the discrimination, she was allowed to move into the building after all.

Chew left Vancouver in the 1960s for Toronto but returned to the west coast in 2009, where she remained until her death in 2021. 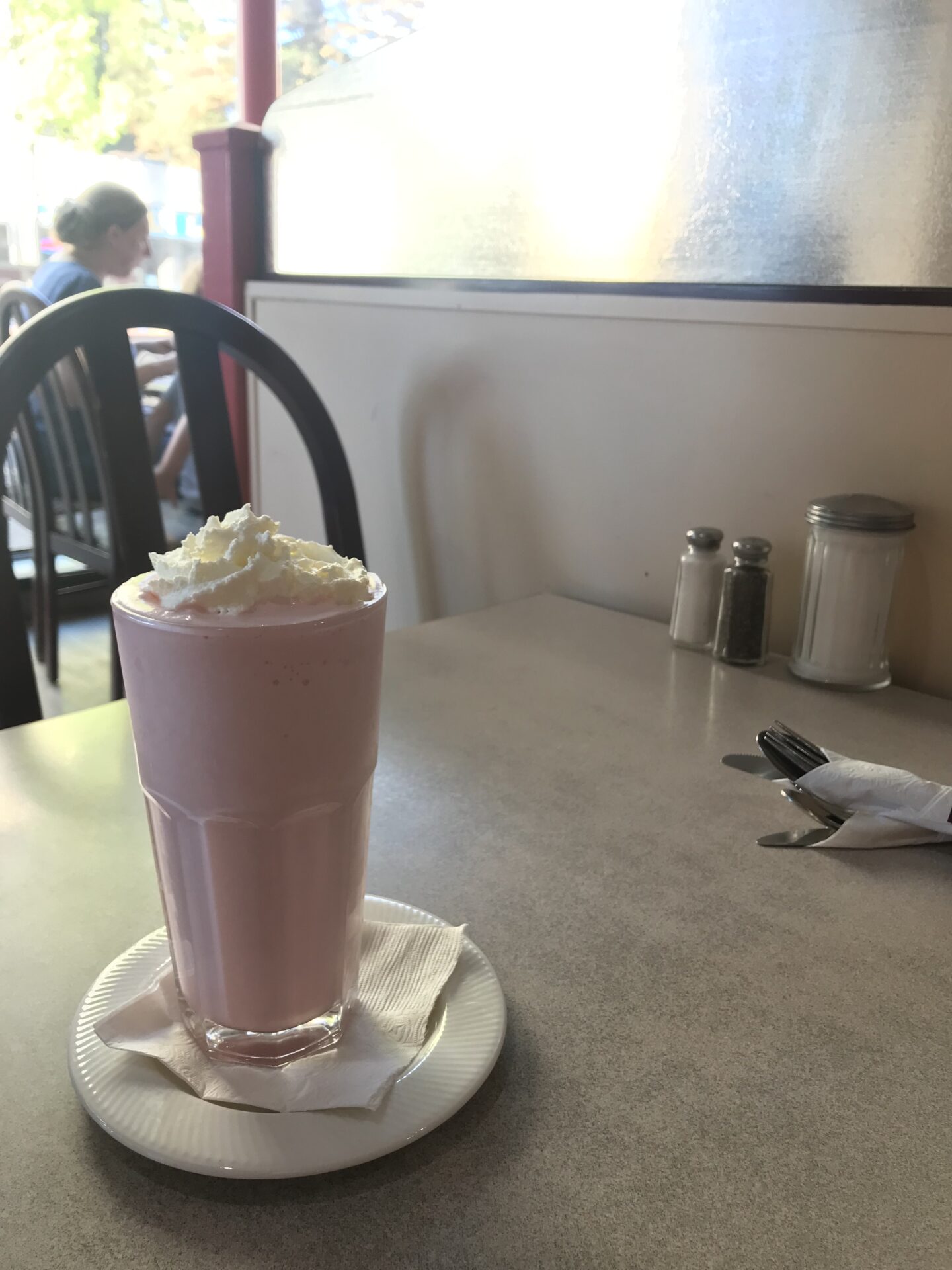 Chew’s legacy remains in New Westminster in the form of the Waffle House, which is still a spot for people to gather over a plate of hot waffles, coffee, and other breakfast dishes like pancakes and omelettes.

The no-frills diner is spacious with somewhat dated decor and standard diner fare, but it’s clearly a meeting spot for families looking to grab breakfast together on weekend mornings, an unexpected date spot for milkshakes, and a community hub for a quick and classic grilled cheese sandwich.

The restaurant may not use Chew’s “Jiffy-Wiffy Waffle” recipe anymore, but the main thing on the menu is still the waffles, with 11 varieties, both sweet and savoury, to choose from.

These aren’t Belgian waffles – they’re diner waffles, if such a category exists, and their simplicity makes for a rather nostalgic experience. The fruit waffles are always served with a big swirl of whipped cream or a scoop of ice cream, plus syrup and butter.

One thing remains the same: when you go to Waffle House, you gotta get the waffle.