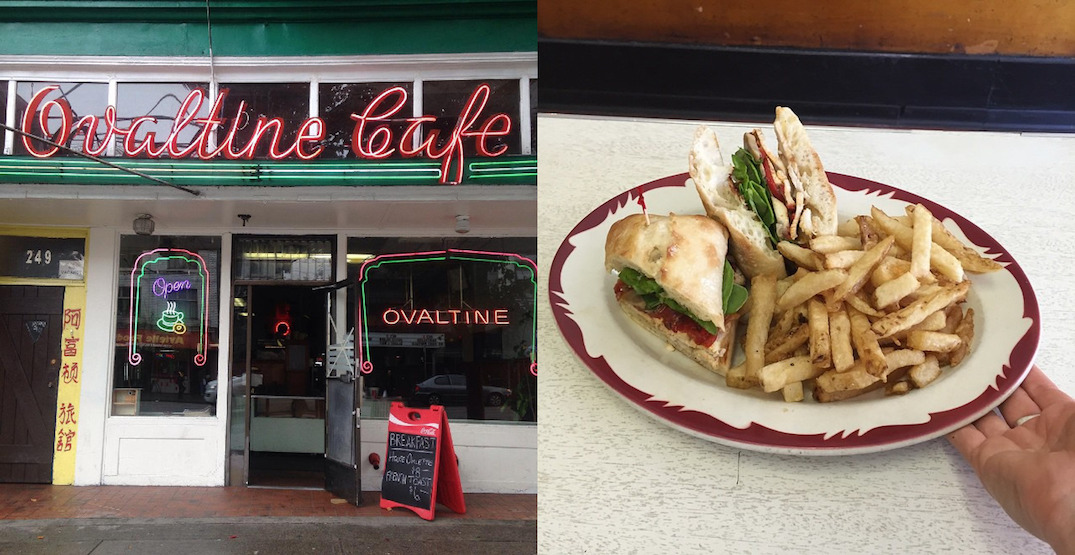 Vancouver is home to only a handful of iconic diners and cafes that opened in the mid-20th century and still run today.

Among these is Ovaltine Cafe, a homey little spot tucked along Hastings Street near Main Street.

The cafe is considered one of the oldest continuously-operating diners in the city and has been serving up diner classics since it opened in 1942.

Ovaltine is known in part for its neon signage, turquoise exterior, and throwback interior – a cozy, 1940s-style dining space complete with long counters and original art deco details that you don’t find in this city very often.

Because of its preserved aesthetic and enduring charm, Ovaltine Cafe has been featured in more than a few films and TV series over the years, including The X-Files and iRobot.

The cafe was taken over by new owners Grace and Rachel Chen in 2014, and the mother-daughter duo vowed to maintain the spot’s charm while subtly updating the menu.

Though its operating hours have changed over the years, for now, the cafe is only open from 8 am to 3 pm, serving up breakfast, lunch, and the odd alcoholic beverage now and then.

Menu items include some breakfast classics, such as French toast, classic egg scrambles, and a variety of berry-studded pancakes, as well as sandwiches, burgers, and soups for lunch.

Sidle up to the counter and order a milkshake or a cup of coffee for a truly iconic Ovaltine experience.

The cafe, even with its updated menu and slightly polished interiors, still feels fixed in time – stuck in 1942 when Vancouver was a wholly different city. The Downtown Eastside neighbourhood where Ovaltine is located remains a site where high levels of houselessness, addiction, poverty, and other complex social issues persist.

This is, in part, why Ovaltine’s prices remain extremely affordable – something that was important to Chen right from the start of her ownership.

It has modernized in the sense that its menu items are now available for delivery through Skip the Dishes, but it’s kept the welcoming, inclusive atmosphere that has made it a favourite for so many over the years – besides, ordering Ovaltine’s food for delivery feels like it would be cheating, somehow.

Instead, you’re better off seeking out the softly glowing neon signs hanging out front, staying for a while, and making some friends.