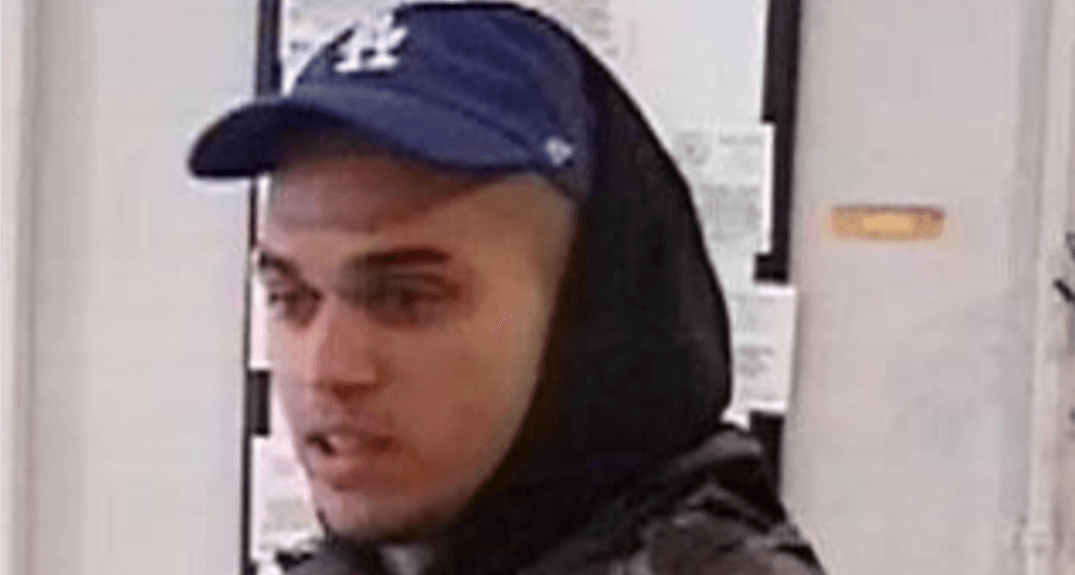 A screenshot of the suspect (Vancouver Police)

Vancouver Police are releasing security footage of a violent robbery that took place in early November, in hopes the public can help identify a suspect.

According to law enforcement, the incident took place just before 1 pm on November 4, 2017, when a man entered Weeds Glass and Gifts on Victoria Drive, near East 34th Avenue.

Security footage of video shows the man engaging in a brief conversation with the store clerk, before jumping onto the counter, assaulting the employee, and stealing products from the shelves.

He then allegedly assaulted a second staff member just outside of the store as he fled.

Now police are releasing the video footage to the public in hope to identifying the suspect.

“VPD detectives have exhausted any leads to identify this man,” said VPD Const. Jason Doucette. “We believe the high quality of the video will lead to someone recognizing him. We’re asking them to call our investigators or Crime Stoppers.”