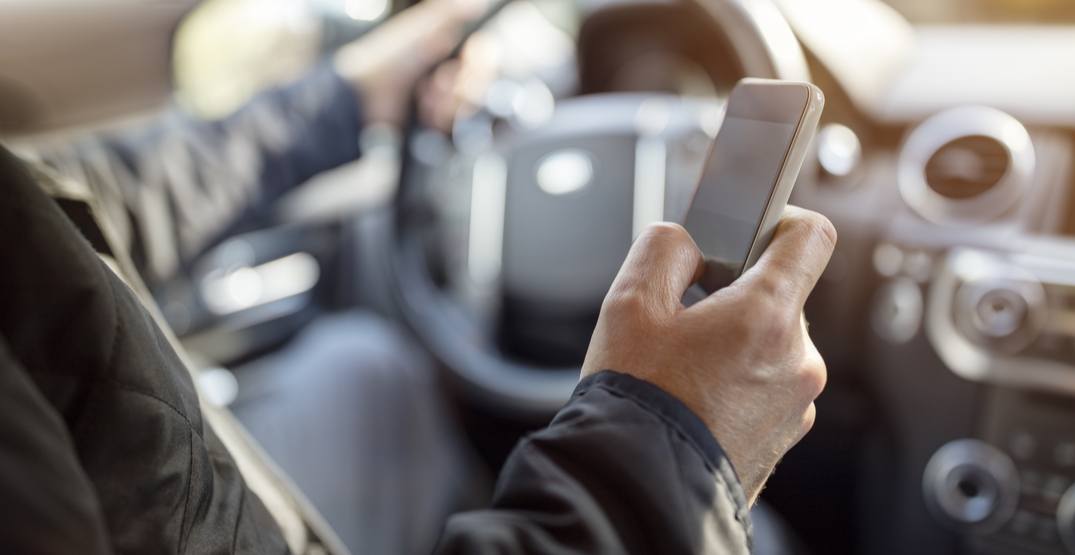 The tickets were all issued between 3:30 and 5:30 pm on Tuesday afternoon during the afternoon commute. The electronic signs were put into place as part of a month-long campaign against distracted driving and at the time of their installation, North Vancouver RCMP Cpl. Richard De Jon said while he hoped the signs would deter people from using their electronic devices while driving, he admitted it may be “wishful thinking.”

Now, 74 tickets later, De Jong said it is “evident there is still more education and enforcement needed to make our roads safer.”

He reminded motorists that the use of personal electronic devices while driving has been banned in BC since January 1, 2010.

The fine for a single distracted driving violation ticket is $368, along with 4 penalty points that will be applied to a driver’s record.

These points will also result in a driver paying a further $175 ICBC Driver Penalty Point premium, for a total of $543 for a first infraction.