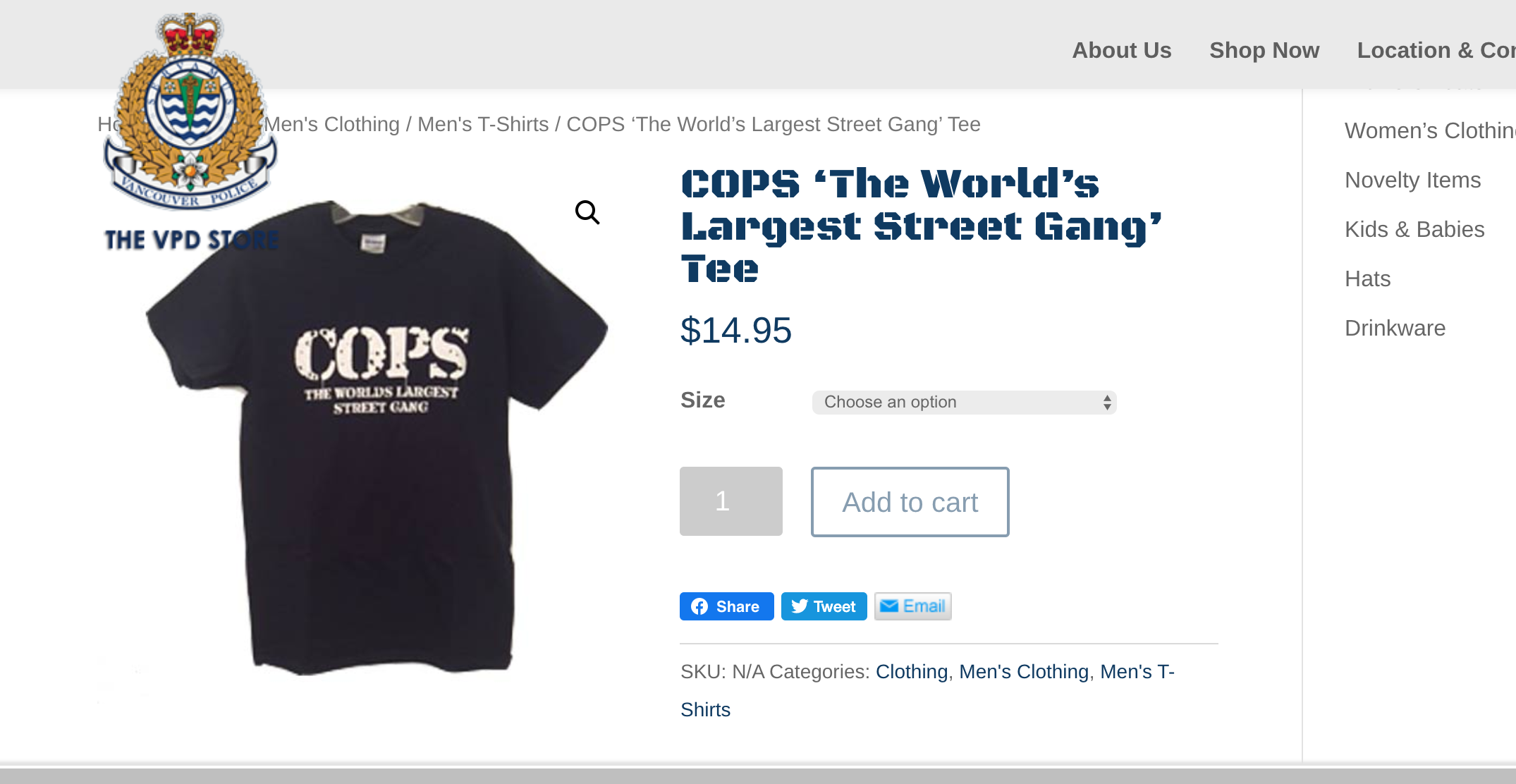 This T-Shirt was removed from the VPD store on June 4, 2020. (Screenshot/VPD Store)

The shirts all referred to police’s power to control citizens, which several people on Twitter found unacceptable, especially as protests continue across the continent over anti-Black racism and police brutality following George Floyd’s death.

This is an actual shirt

You CANNOT make this shit up pic.twitter.com/EMLeeuIt1Z

To Ferguson, the VPD feeling comfortable enough to print that slogan on a T-shirt to sell “suggests that they do not care about the safety and security of the community,” he told Daily Hive in a phone interview.

“It feels like the message being sent is out is we’re the biggest gang, what are you gonna do about it if you have a problem? There’s no one else to talk to. We get to decide whether or not we’ve hurt you,” he said. 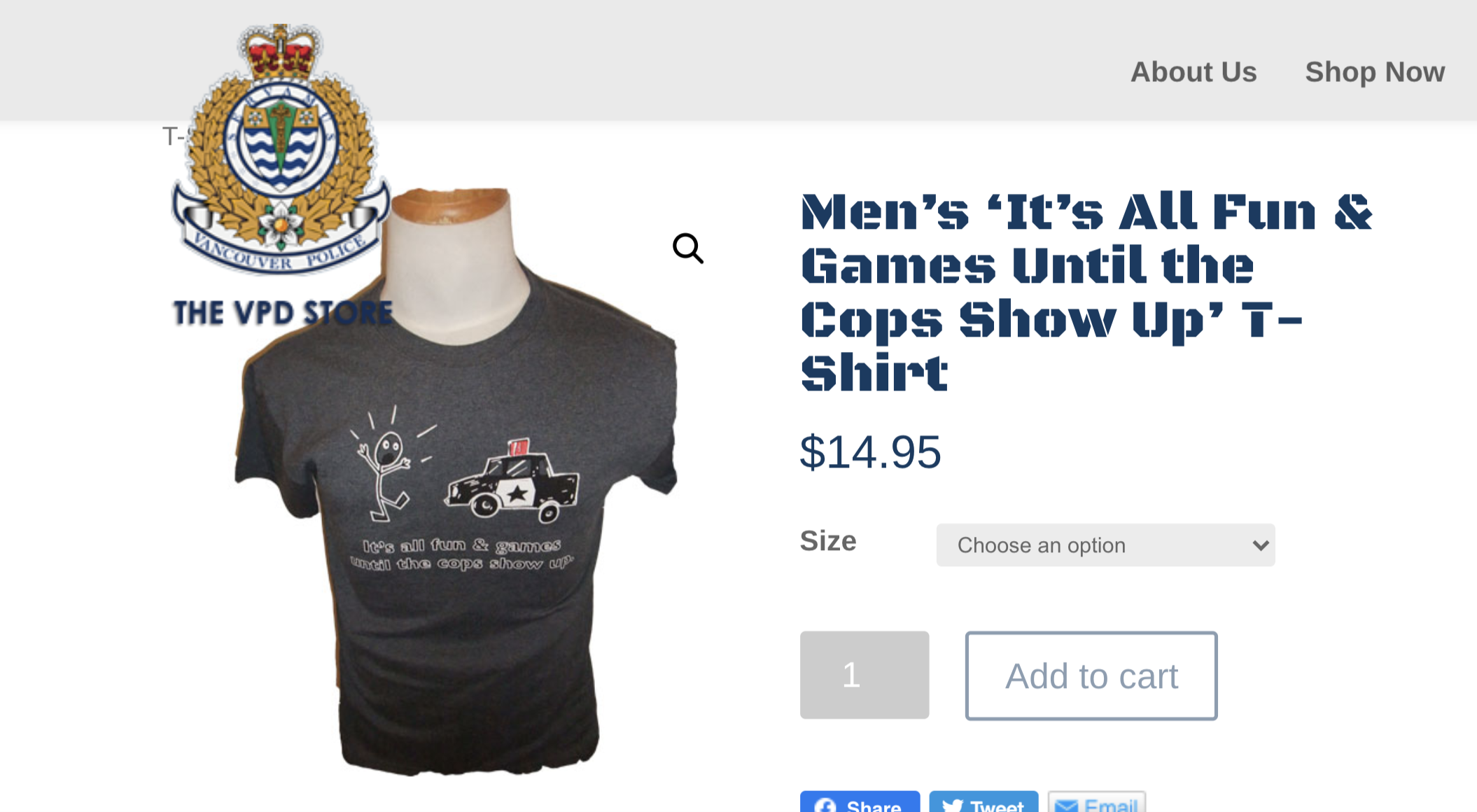 Other shirts removed Friday included one that said “it’s all fun & games until the cops show up.” 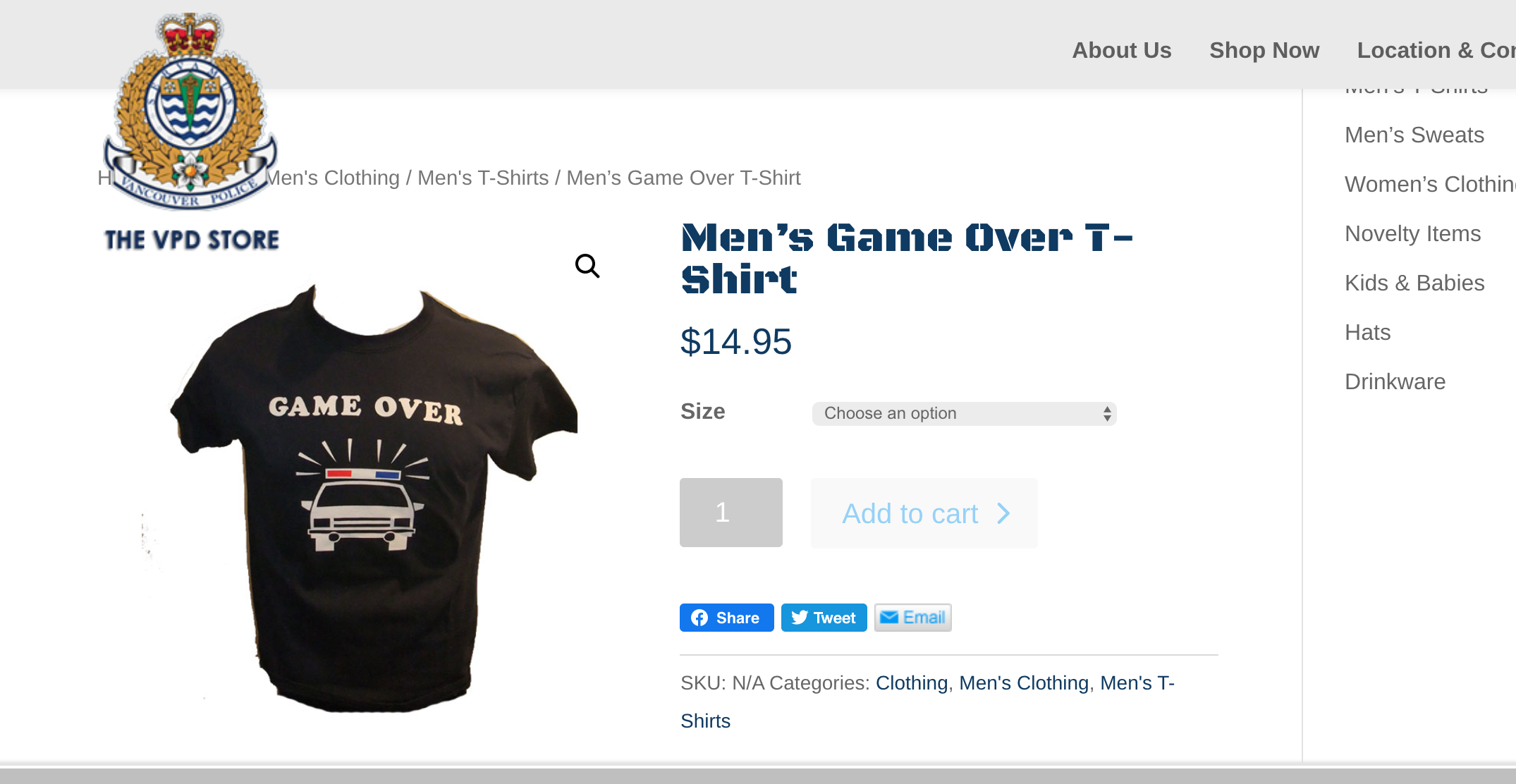 In response to Ferguson’s tweet, the VPD said the store is run by a “separate entity” called the Police Mutual Benevolent Association and the force would be “discussing [Ferguson’s] concerns with them.” The PMBA provides benefits to officers and their families in times of need, according to a VPD Facebook post from 2012.

The store is located inside the VPD’s headquarters at Boundary Road and Gravely Street.

Media relations officer Const. Tania Visintin declined to comment, and referred Daily Hive to the PMBA. That organization does not appear to have a website or social media presence. Daily Hive has also reached out to the VPD Store, but it has not yet responded. 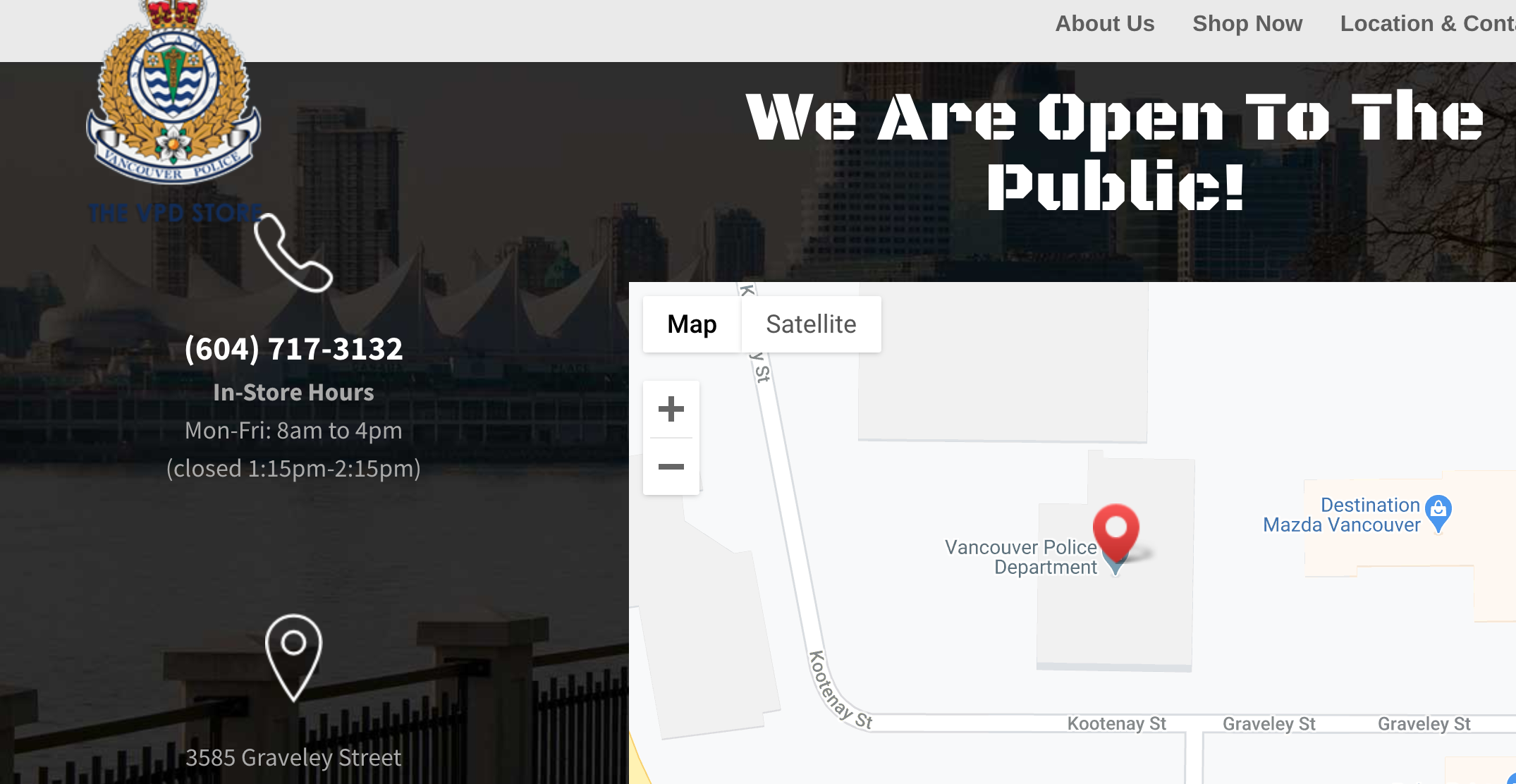 “I felt like this was a dodge,” Ferguson said of the VPD’s Twitter reply. “How unaffiliated can you be if the store is in your building, and they’re using your logo and your name with your permission?”

He added removing the T-shirts is the bare minimum the VPD could do. He hopes the force uses this moment as a wake-up call to do better at keeping residents safe — perhaps through de-funding, using less militarized equipment, and employing more de-escalation tactics.

Ferguson was clear he’s speaking as a white, cisgender person from a middle-class background who even has family members who are police officers and has himself worked for the RCMP as a civilian before. But the attitude behind the T-shirt messages still felt threatening to him.