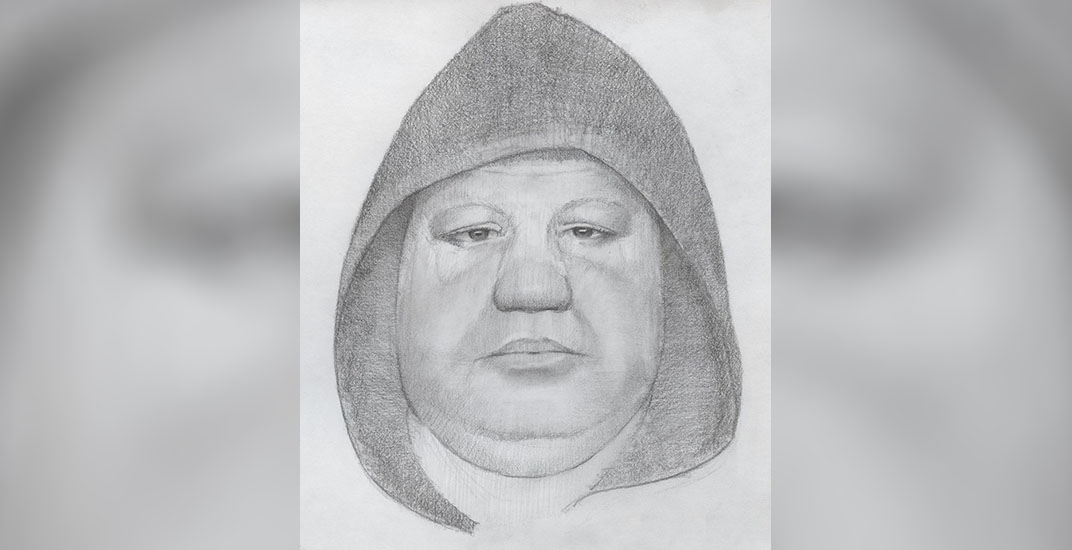 Vancouver Police are asking for the public’s help to identify a man who propositioned a 12-year-old girl for sex in East Vancouver recently.

In a release, police said an unknown man approached the young girl just after 2 pm on November 29, as she stood in front of a school near Princess Avenue and East Pender Street.

The man then told the girl that he wanted to pay her for sex. She declined and the man left the scene, leaving the girl physically unharmed.

The girl returned to the school following the incident, where she told an adult what happened and they then called the police.

Officers responded to the scene, but were not able to find the man at the time.

Now, police have released a composite sketch of the suspect to the public, in the hopes that someone may know or recognize him.

The suspect is described as a 6-foot-tall Aboriginal man, with a heavy build. He was missing teeth and spoke with a lisp. He was wearing a red plaid jacket over a black hoodie and blue jeans.

Although there is no allegation of a physical assault, he added, “a man offering to pay a young girl for sex is concerning. We would like to identify him to help us determine if he is a risk to youth in the area.”

Detectives are asking anyone who has any information regarding this incident – or who recognizes the man in the composite sketch – to contact the VPD Sex Crimes Unit at 604-717-2634.

Those who wish to remain anonymous can call Crime Stoppers at 1-800-222-8477, or leave a tip online at solvecrime.ca.