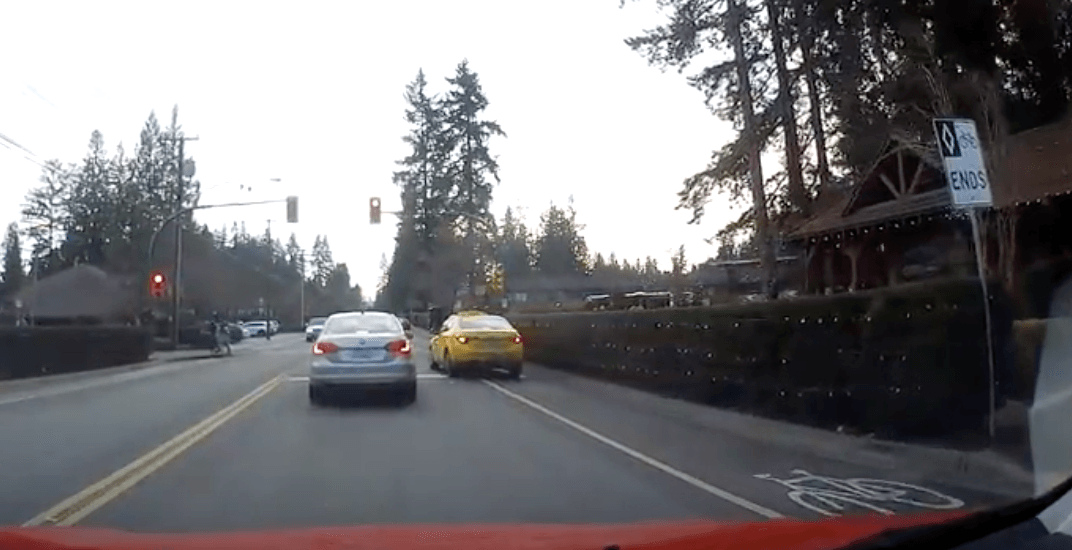 A dashcam caught some dangerous footage of a North Vancouver taxi driving through a bike lane and running a red light.

YouTube user Jj sands posted the dashcam footage online on December 10. The footage shows a Sunshine Cab passing a car by driving through a bike lane.

The cab proceeds to drive directly through a crosswalk while running a red light.

The incident took place at in North Vancouver near Capilano Road near the suspension bridge just after 2 pm.

“Cleary this driver was coming down Capilano on Sunday and the video shows that he instead of waiting like everybody else at the pedestrian traffic light … he proceeds to go through the red light using the bike lane.”

“We apologize to the public,” said Sahota, adding that he is “very upset” by what he saw.

“I found out this was a new driver who was hired for a driver away on vacation,” he said.

The driver will be subject to a review by Sunshine Cabs and could have to take a defensive driving course.

However, Sahota said that he may have to let the driver go.

Sahota also said he wants to thank the individual who put the footage on YouTube. “The public is my eyes and ears. I can’t afford to have drivers that put public safety at jeopardy.”