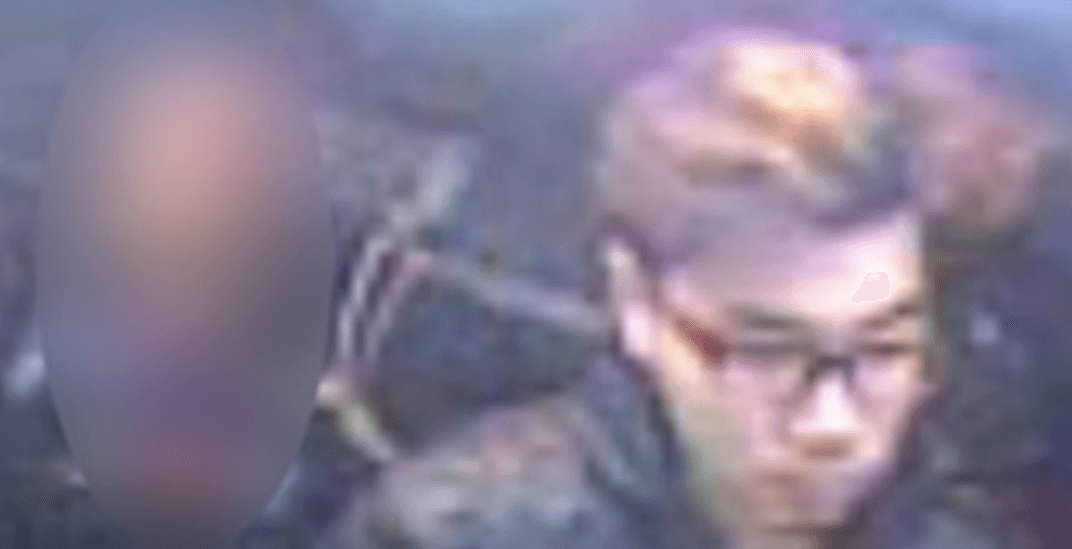 After a pair of similarly-described sexual assaults in Vancouver this fall, police have identified a person of interest and have released a surveillance photo.

The first attack happened just after 10 pm on October 29. A woman got off a transit bus near East 64th Avenue and Victoria Drive, when a man wearing a surgical mask grabbed her from behind.

He indicated he had a weapon, and repeatedly groped her before running away.

The second assault took place on November 19 around 9 pm. In that instance, a woman got off the SkyTrain at Nanaimo Station and was walking on Nanaimo Street near Kingsway, when a masked assailant grabbed her from behind and groped her, before running off.

In both incidents, the assailant was wearing a surgical mask over his face.

Detectives from the VPD’s Sex Crimes Unit have obtained a photograph of a person of interest in this investigation, but have been unable to identify him. They are now asking for the public’s assistance.

The person they are seeking is described as Asian, 20 to 30 years old, approximately five feet eight inches tall, with a slim build, short dark hair, and dark-rimmed glasses.