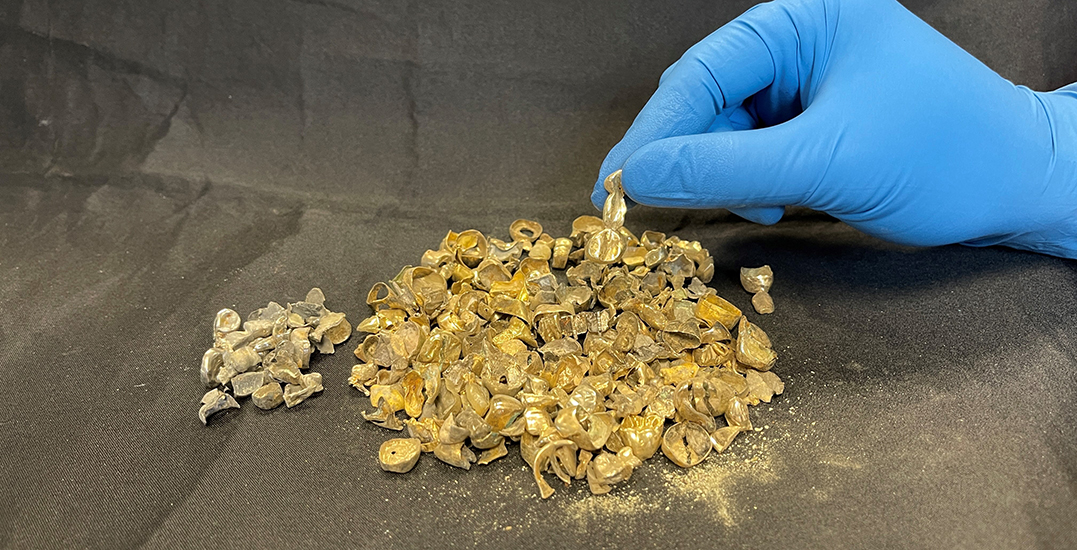 Don’t tell the tooth fairy, but a bizarre case has police searching for the owner of gold teeth that are worth thousands of dollars.

The Vancouver Police Department (VPD) says that $12,000 worth of “dental gold” was recovered earlier this year during a stolen property investigation.

Fillings, caps, and bridges were recovered after being sold to a gold buyer in East Vancouver. At this point, investigators believe that the gold may have been stolen during a break and enter at a dentist or from the home of someone who collects dental gold.

“This is a strange and puzzling case, unlike anything our investigators have seen in a long time,” says Sergeant Steve Addison in a statement.

“We don’t know where this gold was taken from or who owns it, but we believe it was obtained through crime, and we’re asking anyone with information to come forward.”

Addison notes that so far, investigators haven’t been able to determine where the gold was stolen from, and no arrests or charges have been made.