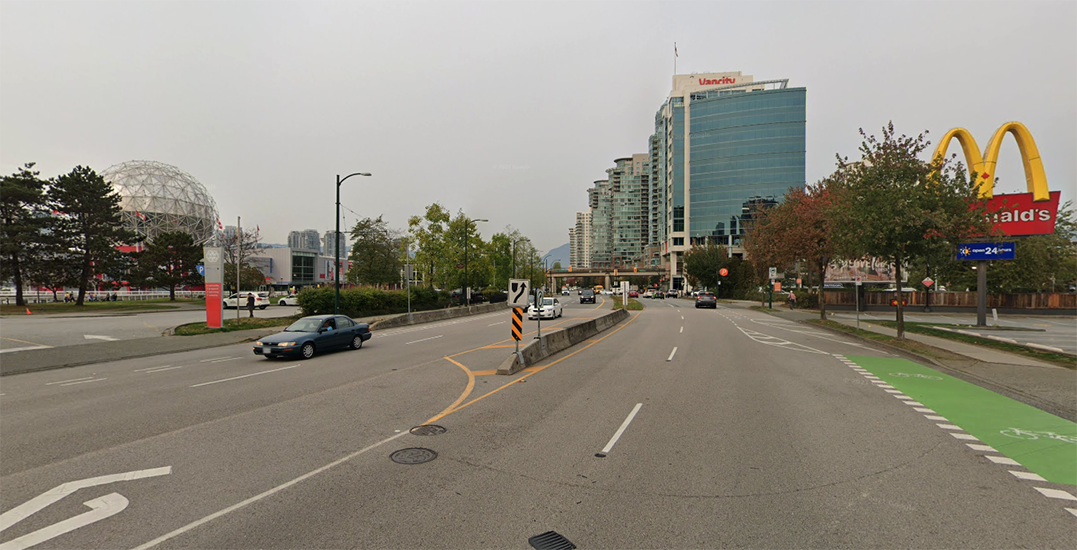 A woman in Vancouver has suffered significant trauma and will likely need months to recover after a serious hit-and-run.

The Vancouver Police Department (VPD) says that the 32-year-old was crossing the street near Science World when she was struck by a vehicle travelling south. The incident occurred on November 27 at approximately 10:20 pm, near the area of Quebec Street and Central Street.

The driver reportedly failed to stop and provide assistance and fled the scene. But the driver-side mirror of the vehicle was damaged, and significant debris was left on the road.

Investigators have shared what they believe is the make of the vehicle and are urging for eyewitnesses, or the driver themselves, to come forward.

“Based on the evidence recovered from the crime scene and information provided by eyewitnesses, we believe the vehicle was likely a grey Audi S4 or S5 built between 2009 and 2012,” says Sergeant Addison in a release.

“We’re confident it’s just a matter of time before we locate the vehicle and identify the driver, so there’s still time for the person responsible to do the right thing and come forward.”

Addison adds that the victim “suffered significant trauma and will likely take months to recover.”

Any witnesses or individuals with home security footage or dashcam footage near Science World, Yaletown, or Olympic Village are asked to contact police if they have video of the suspect vehicle.