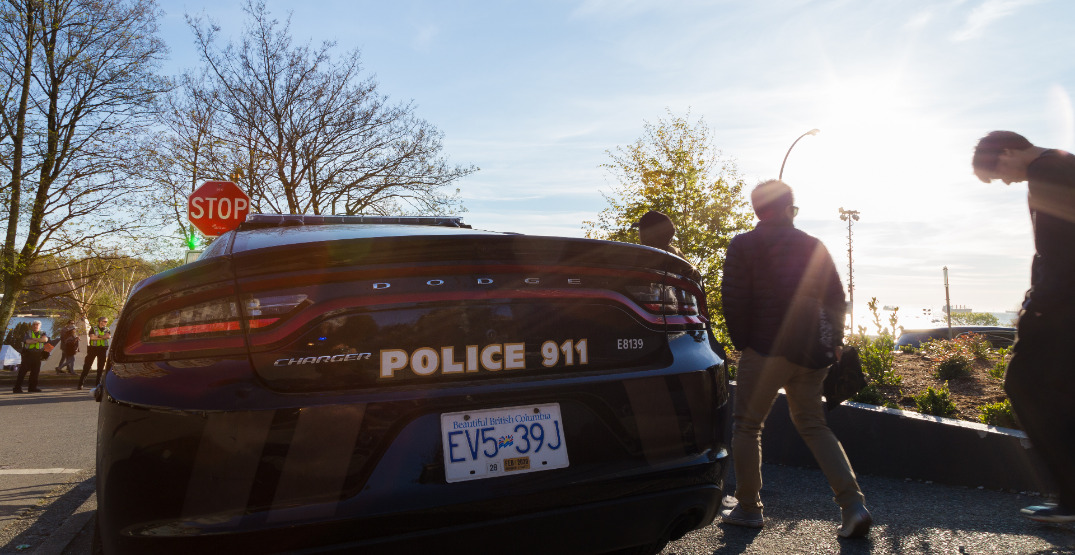 The Vancouver Police Department (VPD) has revealed that they’ve made an arrest in connection to an alleged groping incident, as well as a reported physical assault on Commercial Drive.

The incident took place on Sunday morning. Two people were reportedly assaulted by a 35-year-old man while taking a walk.

“These assaults appear to have been completely unprovoked,” says Sergeant Steve Addison, VPD. “Fortunately, witnesses called 9-1-1 right away and VPD officers were able to arrest the suspect before anyone was seriously hurt.”

Police say that the suspect was walking near Broadway and Commercial Drive sometime around 8 am on Sunday morning when he allegedly approached the 35-year-old outside a fast-food restaurant and began to grope him from behind.

VPD says a few people saw the incident, and promptly called 911, but the suspect had fled the scene before police arrived.

Only moments later, the same suspect allegedly assaulted a woman who was taking a walk alone near Commercial Drive and East 12th Avenue.

He reportedly pushed her up against a fence and punched her. In this case, another witness called 911.

VPD officers arrested the suspect near the incident, and they anticipate that charges will be laid once the investigation has concluded.

“We’re continuing to investigate these incidents to understand the suspect’s motivation and to determine whether these cases could be linked to other stranger attacks in the city,” adds Sergeant Addison.

These two incidents come only a week after the VPD put out a statement in regards to an increase in sexual assaults in the city.

These two assaults also follow another incident that took place in Grandview Park on Commercial Drive which left one man dead.